Scale insects are sap-sucking insects that gradually weaken plants. They are so called because the actual insect is covered by a hard protective shell or scale.

Scale insects are like little lumps attached usually to stems or the underside of leaves around the main veins. They come in different colours, usually brown but some species are greyish white. They vary in size, anything from 1mm to 6mm.

They don’t lead the most exciting of lives, but therein lies their strength. A newly born scale will make a small effort to crawl a few millimetres to find somewhere to live and will then stay put for the rest of its life laying the eggs for the next generation in the same spot. But this immobility and the thickness of their scale makes them difficult to control and resistant to contact insecticides. 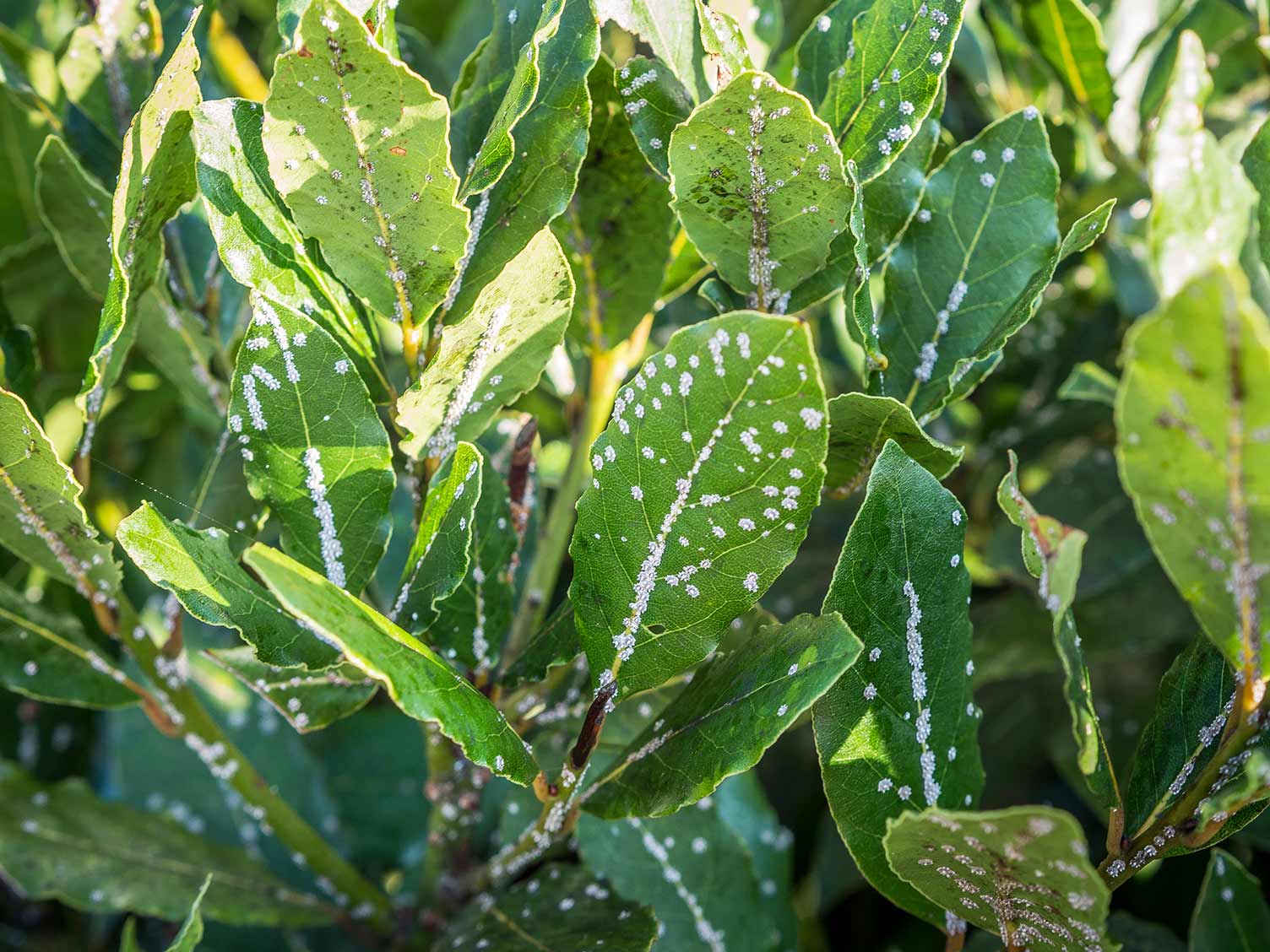 Scale insects are frequently easy to see as the colonies cluster openly on stems, but a little less so if they are feeding on the underside of leaves. Infected leaves may turn yellow or become otherwise discoloured. Heavily infected plants will gradually lose their vigour.

Scale insects, like most other sap feeders, excrete a sugary honeydew that drops onto the foliage below the colony. Such foliage initially develops a sticky sheen, but this can rapidly become home to black sooty moulds.

Because the hard scale is impervious to contact insecticides, the best control can be achieved using a systemic insecticide. Spraying is often more effective against the newly hatched nymphs in summer, than the shell-covered adults. Small colonies and individual scale insects can be controlled by simply wiping them off the plant with a damp cloth or sponge.

Where this isn’t feasible, or practical, then you can control them by spraying affected plants with an insecticide. Contact insecticides tend to bounce off the hard shell, so the best ones to use are systemic insecticides. These are absorbed inside the plant, and move all around the plant, killing the scale insects as they suck the sap and providing protection against further attack for up to 3 or more weeks.Always check that the insecticide is approved for use on edible crops, before treating scale insects on fruit trees and bushes.