Despite their protected location, your indoor plants may sometimes come under attack from a range of pests and diseases, some of which can cause damage and be difficult to control without the use of sprays.

What are fungus gnats?

This tiny black fly is the most troublesome pest of indoor plants. It breeds in warm, moist potting mixes that are manufactured with composted pine bark. Populations can build rapidly, with hundreds of flies rising in clouds from the surface of pots when disturbed. 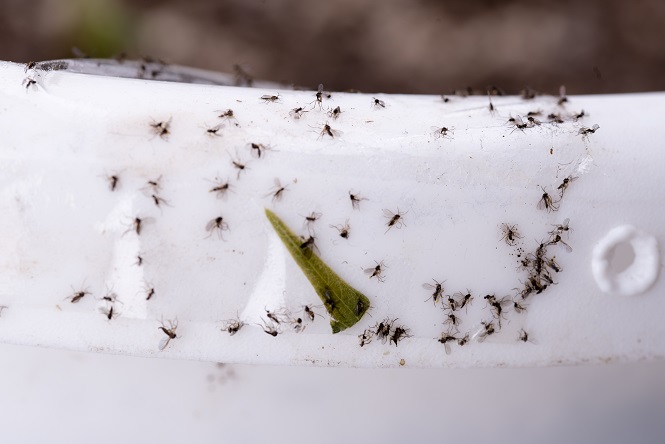 How to control fungus gnats?

Using a compost-free potting mix like Scotts Osmocote Indoor Plants Premium Potting Mix or Debco Indoor Potting Mix which are both coir-based and contain no compost or pine bark, is the best protection from this pest. 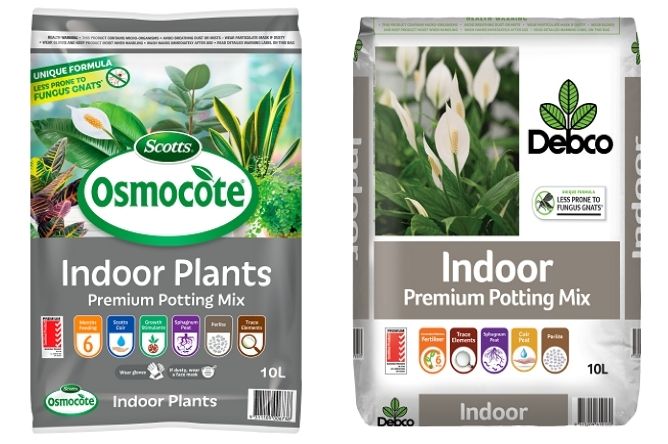 If you have pots filled with traditional potting mix and fungus gnats become problematic, the fastest solution is to immediately repot into one of our coir-based mixes and discard the old potting mix outdoors. If repotting isn’t possible, then drenching the existing potting mix with a solution of white oil or neem oil (diluted as per label instructions) will help alleviate the problem. Repeat every five to seven days if necessary. Covering the surface of pots with a 4-5cm layer of decorative pebbles or a medium grade gravel or grit helps prevent adults laying eggs in the potting mix.

Occasionally aphids may appear on indoor plants, usually when a plant has been outside or is a new addition to your collection and has brought them in on their leaves. 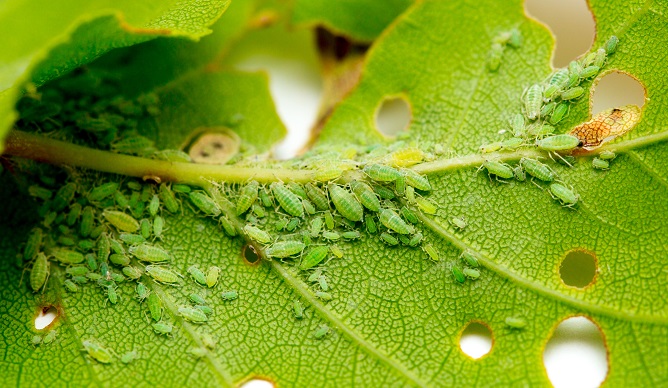 How to control aphids?

New plant acquisitions should be quarantined for a couple of weeks before introducing them to the rest of your plants, just in case they’ve brought unwanted visitors with them. Keep them in a separate room and watch them carefully for signs of insects or other problems.

If any of your plants need spraying to control pests like aphids, take them outside and spray leaves (upper surface and underneath) with a soap solution, white oil or pyrethrum-based insecticide.

What are white flies?

This pest is more commonly found on outdoor vegetable crops like beans and tomatoes, but white fly can invade indoor plants too. Like fungus gnats, white fly has a very short lifecycle so populations can explode in a few days.

White fly is a sap-sucking pest and may cause white spots or blotches to appear on leaves. It doesn’t usually infest potting mix so plants won’t need repotting. 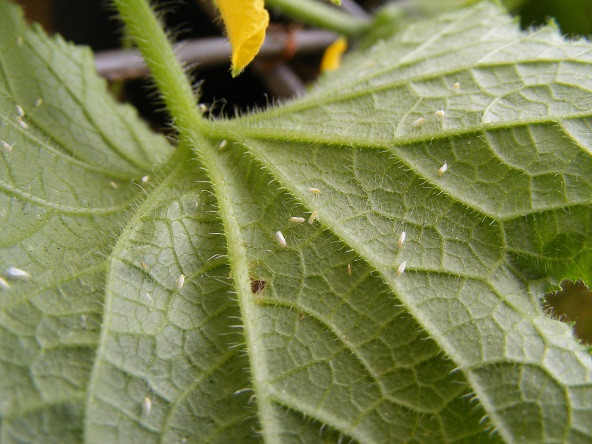 How to control white flies?

Take any affected plants outside and give the leaves a blast with the hose to dislodge the pest. Alternatively, try putting some fresh basil leaves on the surface of the potting mix to deter this pest naturally. Replace them every few days until the white fly has disappeared.

Insecticide sprays seldom have much effect on this pest because of its propensity to breed rapidly. As fast as you kill one generation, the next has emerged.

Indoor plants are not often troubled by diseases like moulds, mildews and spots but sometimes these fungal diseases can appear.

How to control fungal diseases?

If you space your plants so they’re not too close to one another, improve ventilation, reduce the temperature by a couple of degrees and ensure you’re not over-watering, these problems will often disappear of on their own.

Remove any leaves with symptoms and remove dead leaves from the surface of the potting mix – decaying leaves will often harbour fungal spores.

Wiping leaves with a soft, damp cloth to remove traces of mould and mildew is usually all that’s needed to eradicate all traces of infection after you’ve attended to the points above.

Indoor Plants react quickly if the conditions in which they are growing are not favourable.

Most premium and specialty potting mixes that carry the Australian Standard Red Tick, especially those formulated for...

After being in the wilderness for the past few decades, indoor plants are back in vogue as indoor décor and more of us...

Indoor plants that will bring fragrance into your home

Many of the most common indoor plants we choose for our homes are foliage plants – they’re grown for the beauty of their...

When you walk down the potting mix aisle of your local hardware store or garden centre, it will quickly become obvious...