Hedgehogs are wonderful creatures that inhabit our gardens in the UK, and there are many friendly facts about hedgehog for kids that you might like to know. Here are some of the fascinating things that your little ones might to hear about.

Hedgehogs are nocturnal which means that they sleep in the day and only come out at night.

2. They are called hedgehogs for a reason

The ‘Hedge’ part of their name comes from where they build their nests hedges, bushes and shrubs. The ‘hog’ part comes from the small snorting/ grunting sound they make which is similar to a pig/warthog. 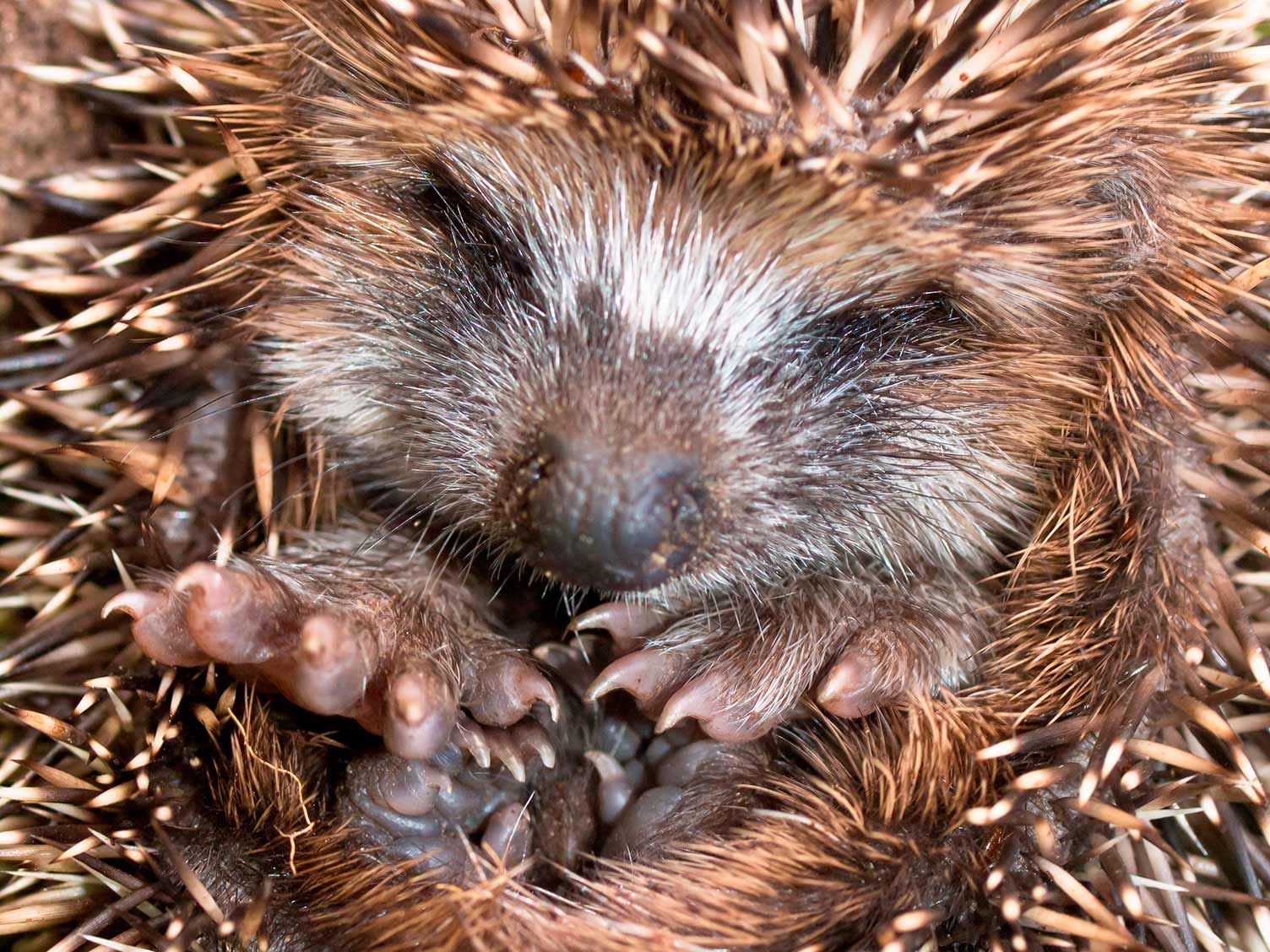 Hedgehogs have the ability to hibernate (although not all do), which makes them one of only three mammals that hibernate in the UK. Hibernating means that they hole themselves up and stay in a dormant state for winter.

Hedgehogs are actually lactose intolerant, so milk should never be left out for them, water is perfectly fine.

The hedgehog was not always called a hedgehog. Before this they were called Urchins which led to the naming of Sea Urchins.

6. Their long snout is useful

Hedgehogs have a really long snout to help them hunt. It is even ahead of their mouths as it makes it easier to forage for their staple diet of insects, worms, caterpillers and berries.

7. They don’t use their eyes to hunt

They hunt primarily using they hearing and smell because their eyesight is not very good, although they can see quite well in the dark.

8. There isn’t just one species of hedgehog

There are 15 different species of hedgehog in the world. Each are similar but have small charistic and habitual differences. The UK only has one native species, the European Hedgehog.

Hedgehogs have around 5000 to 7000 spines on their back. These can be raised and lowered to respond to threatening situations. Each quill/ spine lasts about a year before dropping out and being replaced.

10. They have intelligent self-protection 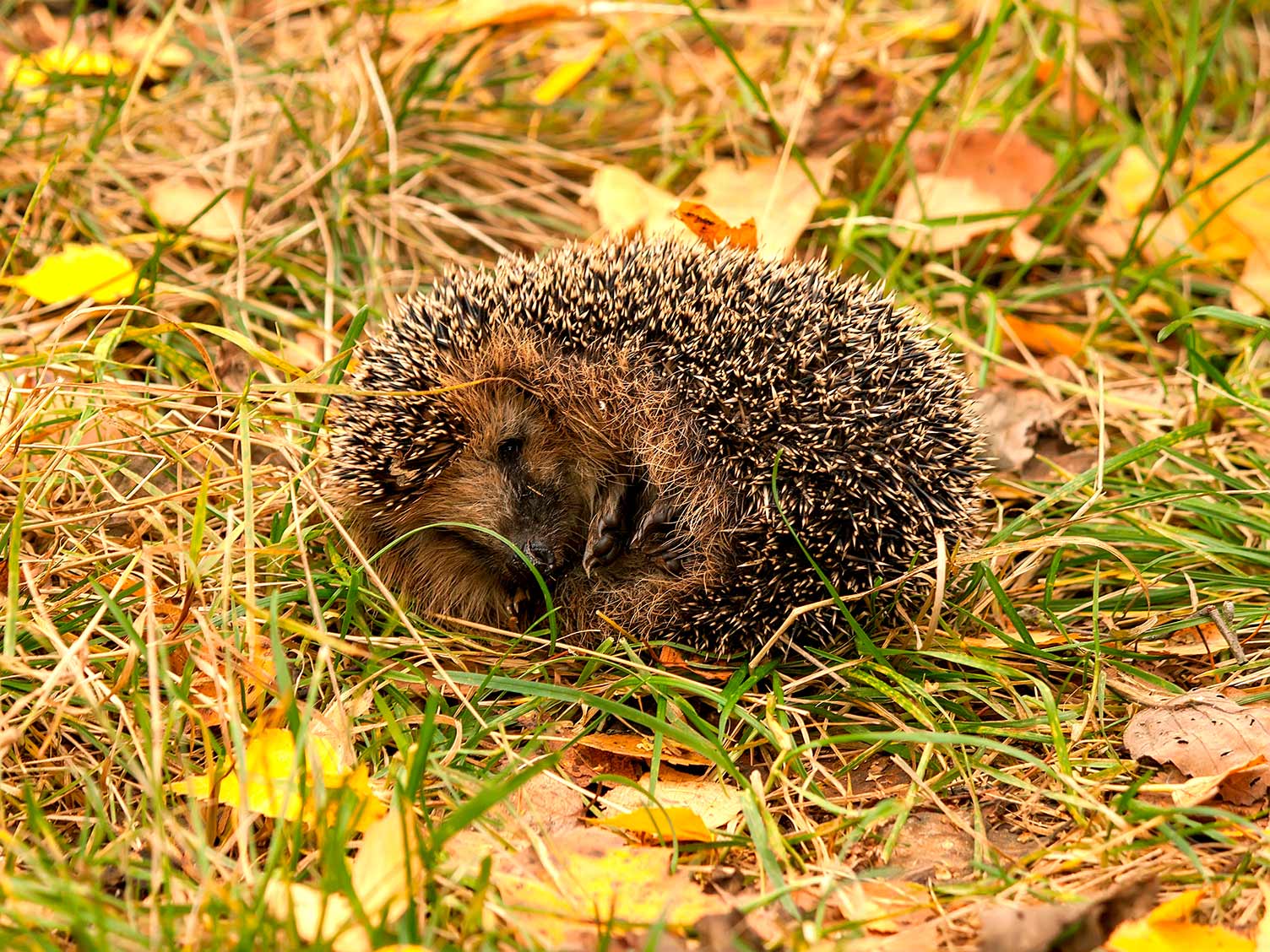 The hedgehog has a vulnerable stomach, which is why it curls up into a spiky ball when predators such as badgers are around.

If a hedgehog smells or tastes something really strong, it will attempt to cover itself in foamy saliva, much like a cat cleaning itself. This is called self-anointing.

12. They are solitary creatures

Hedgehogs venture out on their own after only four to seven weeks of nurturing from their mother. They usually then spend their entire lives alone with the exception of pairing up to mate with another hedgehog.

13. A group is called an array

It is extremely rare that you will see multiple hedgehogs together in one place other than when mating, but if you do it is called an array.

14. Hedgehogs are a gardeners’ friend

Hedgehogs have earnt this reputation because of their eating habits. Not only do they enjoy berries and fruit but the staple of their diet is made up from pests that are common in our back gardens such as beetles and caterpillars. This helps preserve the fruit and vegetables you may have growing in your gardens. 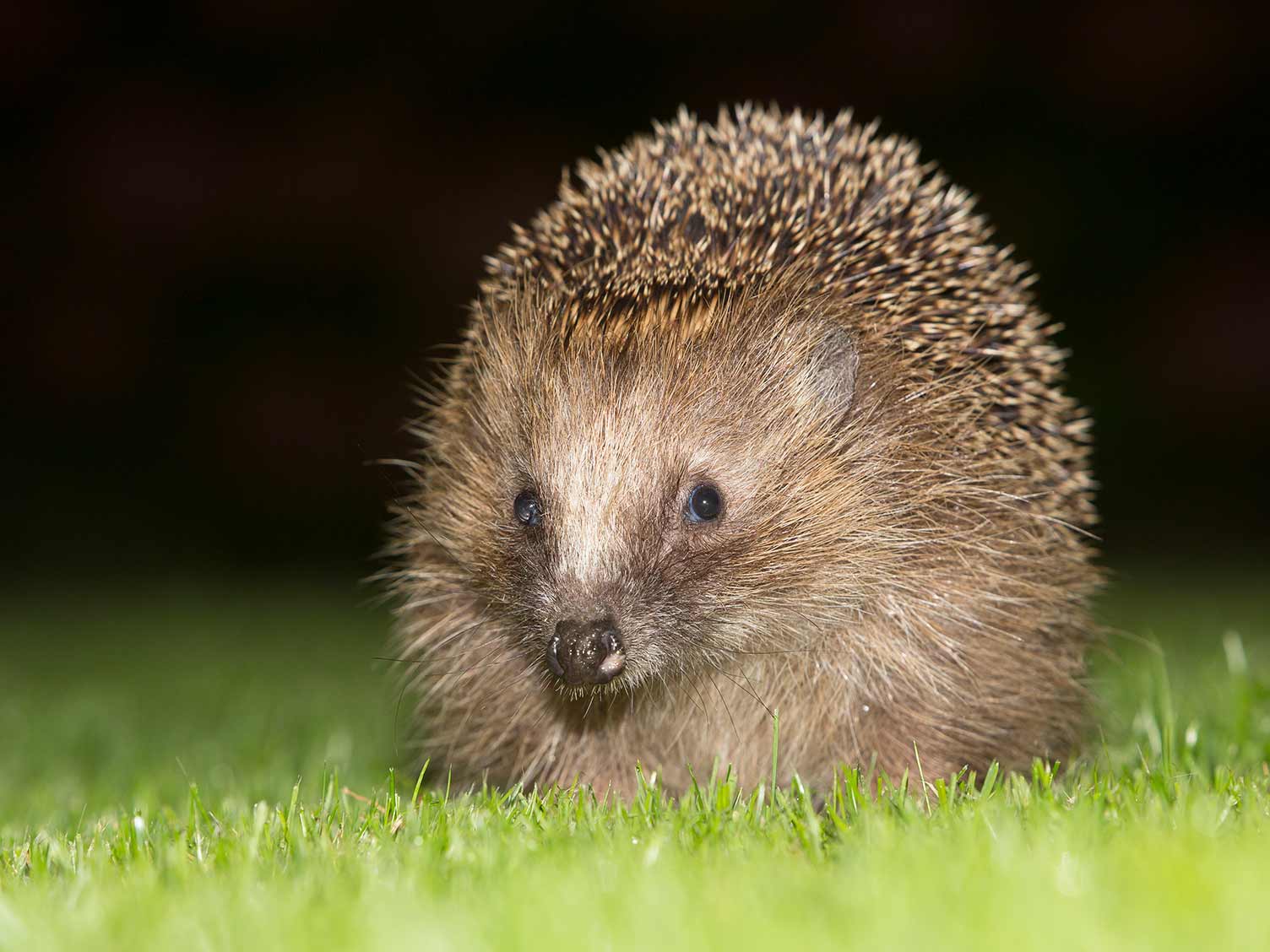 When hedgehogs are out to forage in the evening, they can travel for up to 2 miles, that’s a long way for little legs!

When do hedgehogs hibernate?

Many animals hibernate in the winter including hedgehogs, knowing where they hibernate and why is key to understanding...

Creating hedgehog friendly gardens is easier than you might think.

Helping wildlife through the winter

During the winter months, wild animals find the home nestled in leaf piles, settle into trees, or burrow into compost...

A guide to garden wildlife

As you spend more time working outside, it's not unusual to find yourself becoming more aware of just how full of...