Juicy, nutritious and refreshing, there remains something slightly exotic about watermelon - and perhaps they’re a rare treat that you’ve only ever tried while abroad, or once in a while from a supermarket - but have you ever thought about growing your own watermelons here in the UK?

Watermelons are believed to have originated in Africa where growing conditions are ideal for them to thrive in the wild. Yes, they do need warm and sunny conditions in order to grow well. But that doesn’t make them impossible to grow in the UK, and once they get started, they are in fact relatively maintenance-free.

Preparing for your watermelons

Spend a little time choosing a watermelon variety that will be most suited to the conditions where you live. We do occasionally have very hot summers, but let’s face it, not that often, so be realistic. There are some varieties that perform ok in cooler climes.

Your watermelons are going to need well drained soil with a pH of about 5.5 to 7, a well prepared spot and lots and lots of sunshine. You will not be able to grow them outside until the ground is warm - at least 16°C to 21°C (60°F to 70°F) - and as always you’ll need to prepare the soil well in advance by digging in lots of good compost and organic matter.

As an easier alternative you might want to consider growing them in grow bags and containers in your greenhouse or under a cloche but just always bear in mind, that they will not thrive if it’s cold and they will need lots of sunshine.

If you want to eventually plant out, start them off indoors in containers in late spring and don’t plant out until June and well after the last frost.

Plant your watermelon seeds about 6 cm deep and then watch the magic happen. They are part of the vine family and so they’ll grow vigorous vine type leaves. Unless you want to support and net your watermelons (and remember that will mean supporting the growing fruit too), it is best to leave them sprawling on the ground or around the container or grow bag.

They’ll need about 90cm (3 feet) each to spread out and make sure you continue to keep them covered at night once outside until July.

Caring for and harvesting your watermelons 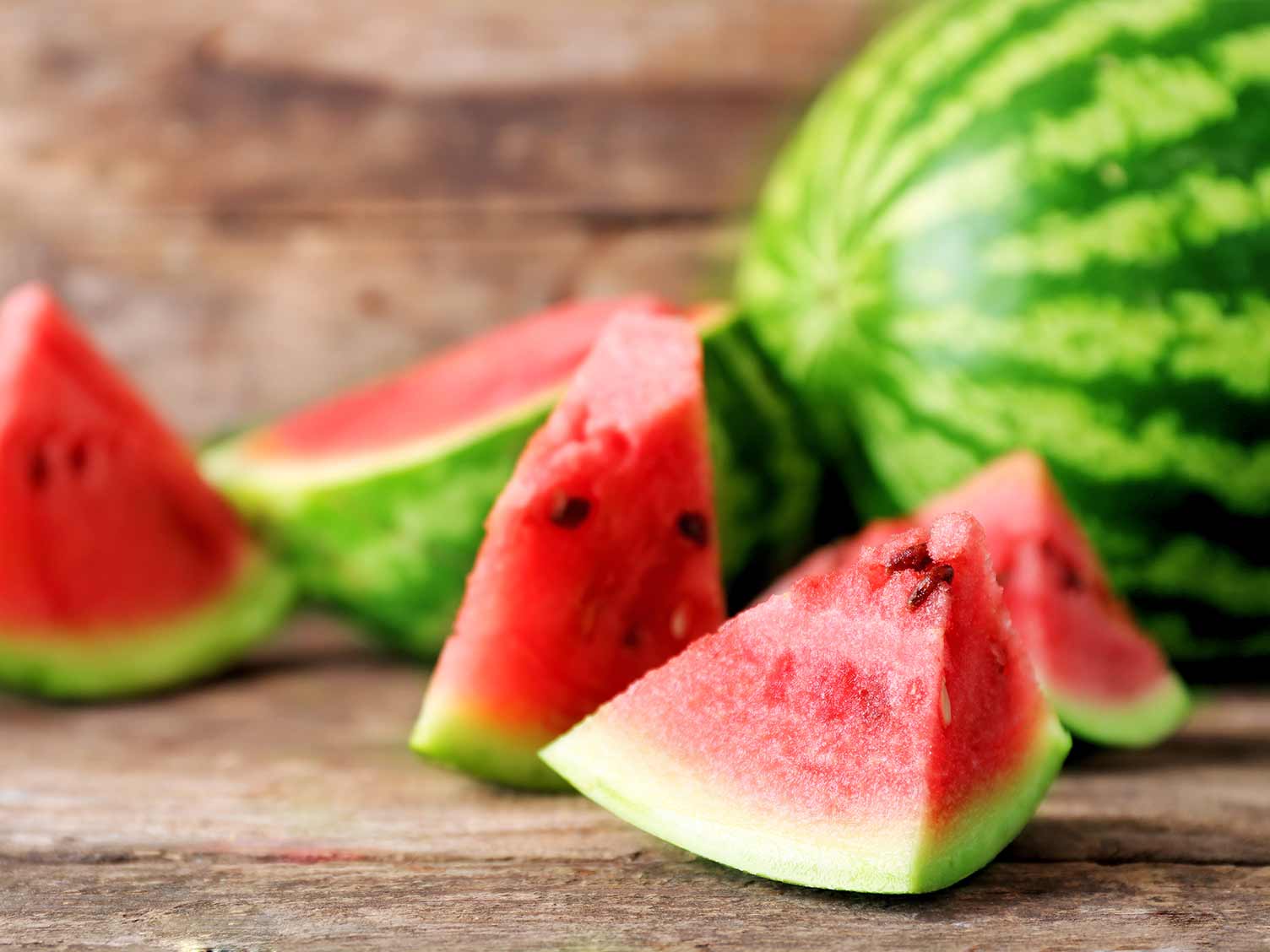 Water them well but make sure you allow them to drain properly between waterings. If it turns out the summer isn’t all that you hoped for in terms of long sunny days, then give your melons a helping hand. Put them under a cloche, wrap them in a fleece or perhaps move them back into the greenhouse.

Towards the end of the summer, as the watermelons swell, gently tap the side and if they sound hollow, they’re ready to harvest. Just cut them off at the stems and if you’re lucky you should get about two watermelons per plant. Enjoy your melons and as they are ‘annuals’, don’t forget to save the seeds for next year’s planting.

Have you grown your own watermelons in the UK?

We’d love to see your photos or hear about some of your success stories, or even the ones that didn’t quite go to plan. Please share your experiences with us on our social media sites. Good luck!

You may have never considered growing melons before – thinking they’re too ‘tropical’ for the UK climate. Although they...

Growing your own fruit and veg is one of the most rewarding things you can do in the garden. There’s nothing quite like...

Disease, pests and fungus can be a common sight around many vegetable patches and fruit gardens.

Organic gardening: 10 ways to get started

Organic gardening is becoming an increasingly popular alternative to expensive, tasteless and out of season fruit and...