Hydrangeas are an asset to any garden. Flowering in late summer, they brighten up our borders just as other plants are starting to fade. They’re happy in shade, and their big, beautiful flowers last well for weeks on end, even continuing to look good after they’ve faded and dried.

These well-behaved plants need very little maintenance, but an annual pruning will help to keep them looking good. Follow our simple guide to pruning hydrangeas to get the best from your plants.

Pruning hydrangeas helps to keep them at a manageable size and gives them a good shape. By stimulating the plant to produce new shoots, pruning also results in a better display of flowers.

However, pruning your plants at the wrong time of year can drastically affect the number of flowers they produce, so it’s important to understand when to prune hydrangeas.

When to prune hydrangeas

Most hydrangeas are pruned in late winter or spring, with the exception of climbing hydrangeas, which are pruned in summer after they have finished flowering. Different types of hydrangea require different pruning techniques.

It’s very easy to identify the different types of hydrangea from their flowers, so if you aren’t sure which hydrangea you have, simply wait for it to flower in summer and then prune it the following year, once you know which type it is. Leaving a hydrangea un-pruned for a year will not do it any harm.

Types of hydrangea and how to recognise them 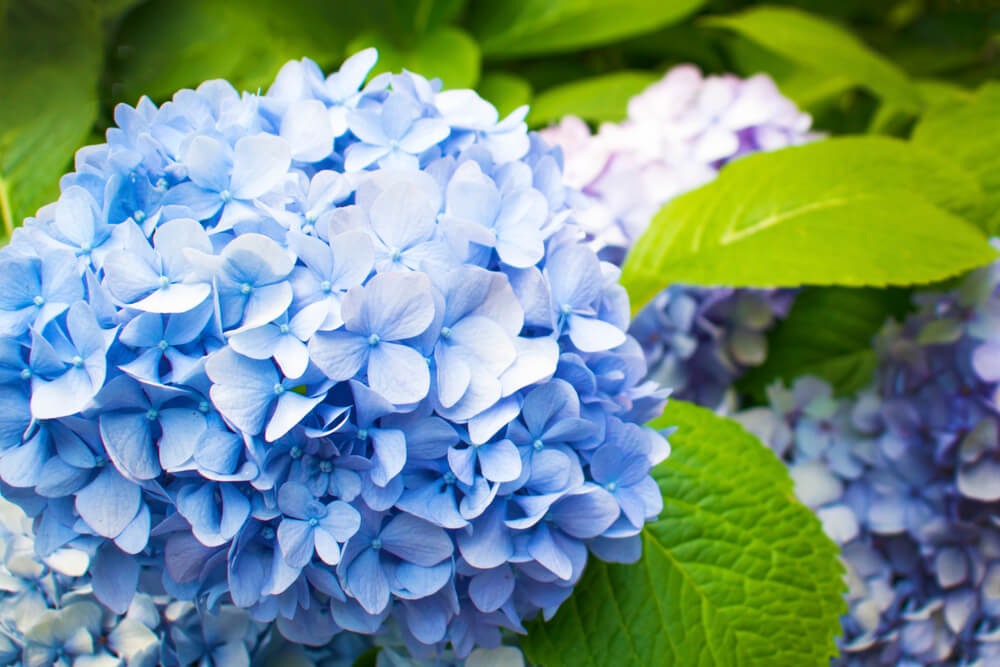 The list below shows the various types of hydrangea you’re most likely to come across in gardens:

How to prune hydrangeas

Mophead hydrangeas flower on buds that have formed during the previous year. They need very light pruning – essentially just deadheading – to avoid cutting off flower buds.

Wait until late spring to prune mophead hydrangeas, as the old flowerheads give the new buds some protection against late frosts.

Both these species produce their flowers on new growth, so prune them in early spring to stimulate the plant to produce new flower-bearing stems.

Climbing hydrangeas can be slow to get going, so there is usually no need to prune them for the first two to three years after planting. Once they do start growing, they can become very vigorous plants, reaching over 10m (32ft) in height, and it’s a good idea to prune them every year to keep them under control.

Other types of hydrangea, such as Hydrangea aspera and the oak-leaved hydrangea (Hydrangea quercifolia) need only light pruning in spring to give the plants a good shape, to remove any dead wood and keep to size.

Pruning hydrangeas is very simple to do, and the results are well worth the effort. Follow our step-by-step guide, and your borders will be filled with blooms this summer.

Hardy annuals are the perfect way of creating colourful summer borders quickly and easily. You simply sow the seeds...

Aphids are the most common of all pests and almost every plant from the smallest shrub to the tallest oak tree can be...

Hydrangeas have a romantic elegance reminiscent of times gone by, and with their large, long- flowering blooms and...

How to improve border soil

Not many of us are naturally blessed with a good rich loam soil that is ideal for growing all plants. Luckily, if you...