Radishes are pretty easy to grow, as long as you keep them growing well in good or reasonable soil. For the best flavour, they need to be grown quickly and picked small, and certainly before they become tough and woody.

Being small and quick growing, radishes are excellent crops to grow in containers - even window boxes and gro-bags.

They also make good catch crops – growing them between slower growing, longer-term vegetables, such as parsnips.

How to grow radishes

Radishes prefer an open position that gets good light, although they can be grown in light shade. Avoid shaded areas that get no sun at all.

Improve the soil by digging or raking in lots of well-rotted compost or other bulky organic matter soil improver to create a free-draining, humus-rich soil.

Before sowing seeds, give the soil a light dressing of a general granular feed.

French Breakfast (long, red and white roots) and Scarlet Globe (red, round roots) are the standard varieties, both of which are tasty, but not too hot when pulled before they get large and woody. But there are numerous varieties available, so try something a bit different, such as Amethyst or Cherry Belle.

And don’t forget the longer, larger mooli, such as April Cross, and even winter radish, such as Black Spanish Round and China Rose. 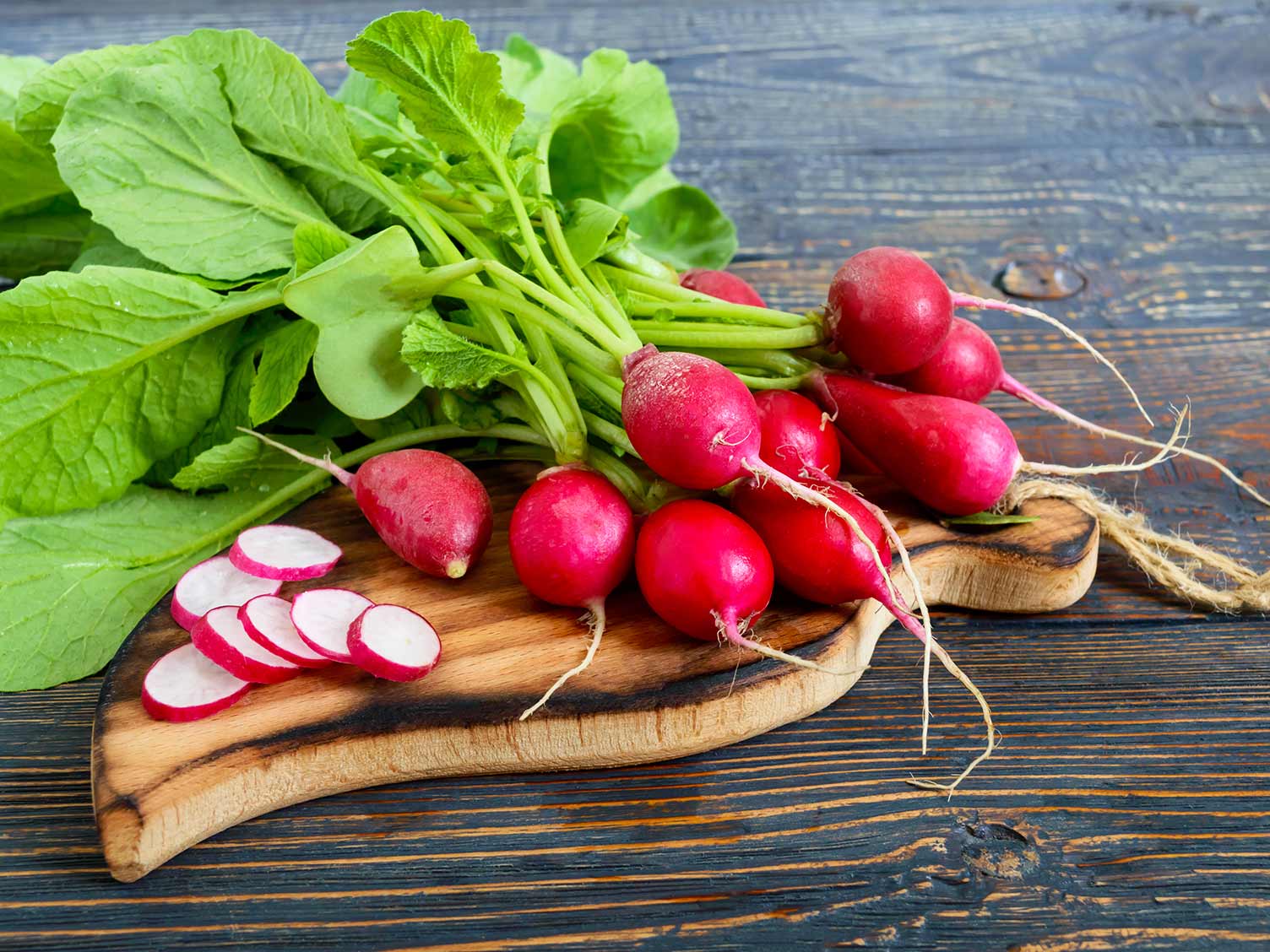 Sow summer varieties little and often, either weekly or fortnightly for a succession of crops, from March to mid-August. For an early crop sow in February in pre-warmed soil and protect plants with cloches.

Winter and Oriental varieties are sown from June to August.

How to care for radishes

Sow thinly (2.5cm/1in apart) and you shouldn’t need to thin out summer varieties, but any thinning should be done as soon as possible. Winter varieties should be thinned to 10-25cm (4-10in) apart, depending on variety.

Keep the soil moist to ensure good growth and to ensure fleshy and tasty roots and to prevent splitting.

Giving a liquid feed once or twice may help to produce better crops and stronger flavour.

Harvest summer radishes as needed as soon as they’re ready and large enough to pull, making sure they are never left to mature and become woody.

Winter varieties can be left in the soil and harvested when needed, or lifted in November and stored; frost improves the flavour.

Radishes may be susceptible to the following problems: Bolting, Cracking, Woody growth and texture.

Often thought of as being a bit tricky, recent breeding and F1 varieties have made cucumbers easier to cultivate and...

Beetroot are pretty easy to grow, as long as you keep them growing well in good or reasonable soil. They are even...

Bags of salad leaves are quite expensive to buy and have a fairly short lifespan in the fridge. Grow your own and you...

Potatoes are extremely versatile and are a staple of many meals. Whether you want boiled, mash, roasties, chips or baked...