Pinus sylvestris. It’s one of the 3 native UK conifers that spread through the UK following the retreating last Ice Age. Now found mainly in Scotland in a dwindling Caledonian Forest which is part of the Boreal or Taigs Forest that stretches around the Northern Hemisphere making it the world’s largest land biome.

Scots pines can grow 25m or more, making them unsuitable as garden trees unless you have a very large garden. Like most conifers they are evergreen with a rough scaly brown bark on the lower part of the trunk while upper parts are orangey colour which peels off in flakes. You can find them growing in sunny spots in most soils providing they are well drained. The cones containing the seed take 2 years to grow then ripen but sometimes longer. One bird only found in the UK is the Scottish crossbill, it feeds on the seeds in the cones using its crossed mandibles to break open the scales of the pine cones. 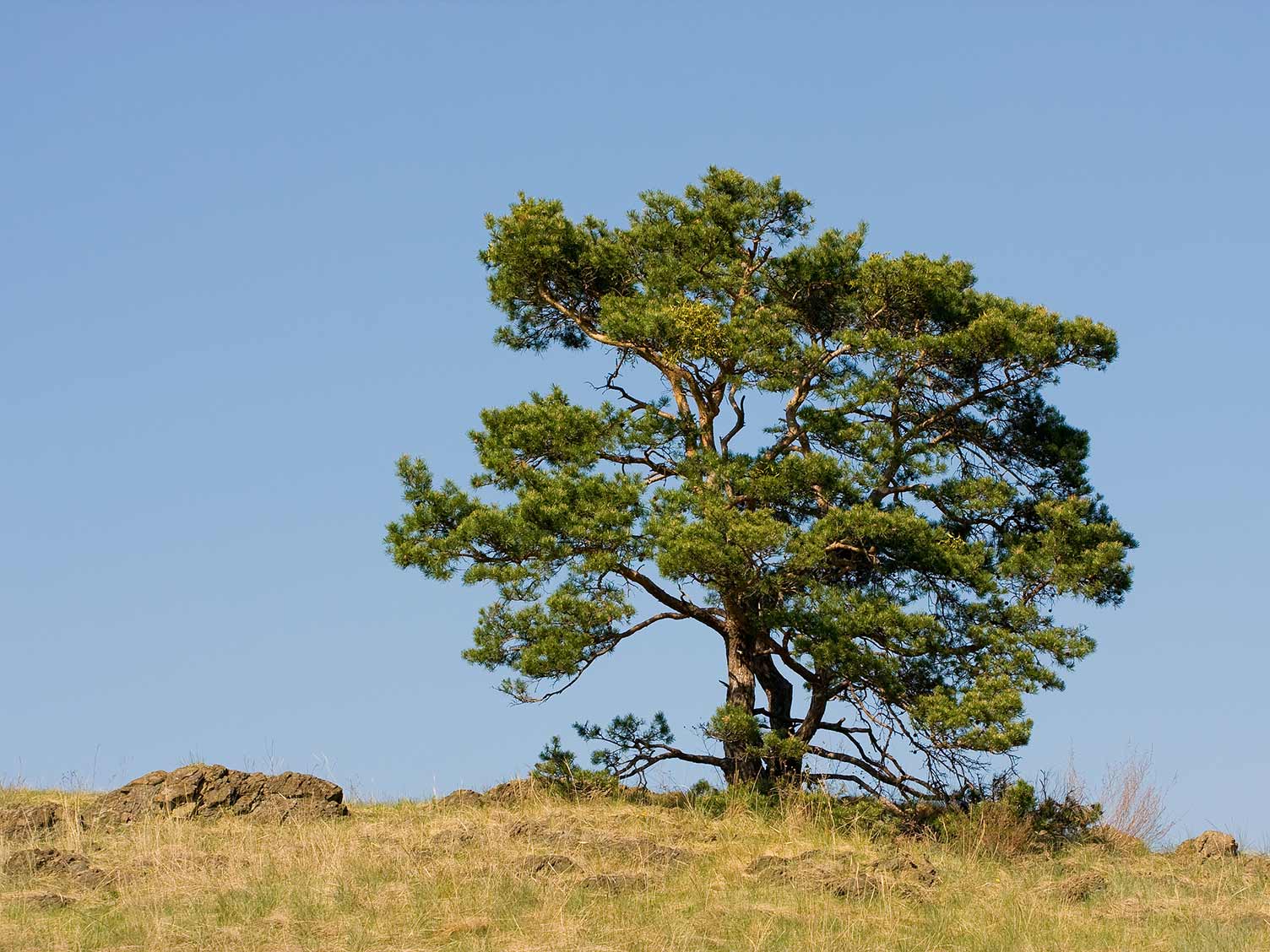 The resin in Scots pine contains a natural preservative, ring bark a tree in the summer when it is full of sap and that tree can still be standing in 50 years or more as it makes the wood very slow to decay. Pine wood is not normally used as firewood due to its high resin content but dried cones make very good fire lighters, mostly the wood is used for construction and furniture.

Watering your garden with David Domoney

The dry spells of summer beckon us into the garden to make the most of the glorious weather, but just like we need a...