How to grow orchids

Orchids are a great addition to any home, with their exotic, delicate and diverse flowers and their beautiful shapes and vibrant colours. But as any gardener knows, although they are irresistible when it comes to beauty, growing orchids can be challenging.

The first thing to realise if you are thinking of growing your own orchids is that there are thousands of different species and cultivated varieties. In fact, there are in excess of 30,000 different orchid species and 200.000 hybrid varieties and they all have their own peculiar habits, likes and dislikes.

Before you go any further and whether you are buying from a shop, garden centre or specialist nursery, take a little time to research which orchid variety you are going to grow. Easier varieties include Cymbidium (Boat Orchid), Cattleya (no common name), Phalaenopsis (Moth Orchid) and Paphiopedilum (Slipper Orchid) but whatever you choose, don't be too ambitious if you haven't grown these plants before. 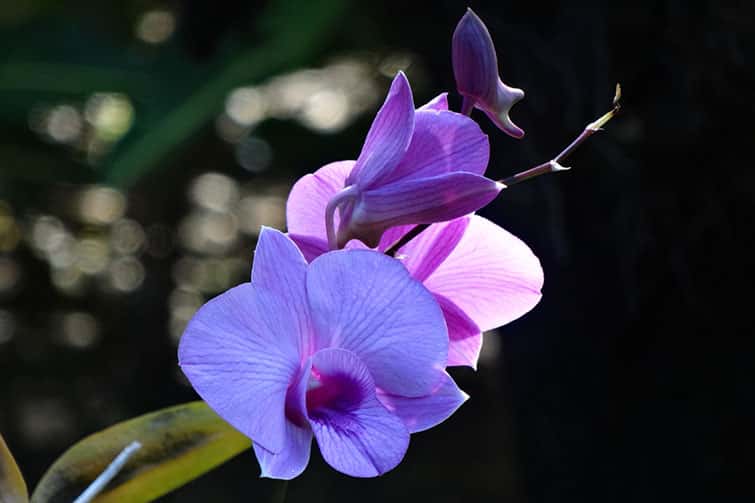 Remember to ask for a fact sheet that details exactly what temperature, watering regime, orchid food and lighting your selection likes best.

Raising orchids from seeds is not something the average home gardener should contemplate, as specialist apparatus such as beakers, flasks, agar nutrient gel, heat controlled environments and sterilising equipment may be required. Seeds are microscopic and may difficult to separate and handle – the seeds of the vanilla pod are typical but many types are extremely fine, like dust. Some orchid seeds will germinate on trays of propagating sand but they could take many months.

Most commonly cultivated orchids are hybrids and do not set viable seeds, even though some may develop seed pods from time to time.

What you’ll need to grow orchids

Having the right equipment will help you to grow orchids successfully. Here’s what you’ll need:

Some varieties of orchid are difficult to grow unless you are able to recreate their natural climatic and environmental needs, so it is important that you pick the correct orchid. Ensure that you are able to provide the right conditions for your orchid to thrive. The easiest to grow in Australia are Cymbidiums and Dendrobiums (Sydney Rock Lily and Cooktown Orchid) as they will thrive outdoors in most parts of Australia except for very cold climates. Indoors or in glasshouses, Cattleya, Phaelaenopsis and Paphiopedilum orchids will do quite well, as they are not demanding.

The most common mistake is to pot orchids in standard multi­purpose mixes. They generally prefer medium to coarse barks. There are quality orchid barks and potting mixes available or you can blend your own using pinebark chips, sphagnum moss and coir fibre. The bark should be about 2/3rds of the mixture.

When potting up an orchid, make sure that you cut off any dead or rotting roots, being careful not to damage healthy roots. Plants not yet ready to be divided should have the most mature area of growth positioned by the wall of the pot. Lightly add some more potting mix over the roots.

Often, newly purchased orchids are badly potted with roots squashed into damp moss, which never dries out. In fact, orchid roots like plenty of air and while they do enjoy a good drenching on a regular basis, it is really important that their roots have a chance to dry out.

In their natural habitats many orchids are epiphytes – they grow on other trees or even stones for support. When repotting, you should try to replicate their natural growing conditions. The starting point for that is potting mix, as previously discussed.

The second important factor is the pot itself. It should be large enough to support the plant but not so large there’s an enormous volume of mix around the roots. They prefer being quite pot-bound.

While a small clay or plastic pot is fine, it should have plenty of holes to allow it to drai9n freely and have a free flow of air.

Never repot your orchid while it is in bloom. Wait until flowering is over, then cut off the flower spikes. As you repot, check that all the roots of the plant are healthy, removing any that aren't. Keep your secateurs or snips as sterile as possible.

Phalaenopsis (Moth Orchids) may produce two or even three ‘crops’ of blooms from the one flower spike, so check carefully for new buds developing before cutting off what you think may be a spent spike.

Caring For Your Orchids

Orchids can be quite exacting in their habits so go back to your particular type of orchid and check what precise needs it may have. Orchids growing indoors need good ambient light. Never place them on tables or windowsills where they will receive direct sun through a window, as this may burn them. A temperature that is comfortable for you will generally suit your orchids but make sure to keep them away from heaters and air conditioning vents. In most homes, avoid bathrooms especially in winter, as they are often cold and damp.

Don't despair if you struggle with your orchids at first. They can be a little temperamental and the key really is in the detail of the care.

Looking for gardening advice or hunting for a specific product? Visit your local store and get help from dedicated staff.
Use my current location