Over the last 30 years Evergreen Garden Care has donated almost 3000 hectares of peat land for restoration in Somerset, Yorkshire and Lancashire. That is the equivalent of 1,446 football pitches!

Evergreen have been responsibly restoring peatlands in partnership with nature experts and conservation bodies to create wildlife havens for a wide range of species.  Some of those species are nationally rare or very specialised and would have been unlikely to have inhabited these areas if we had not supported these initiatives. We have worked closely with conservation bodies to ensure that we conduct best practice in terms of land management and restoration to guarantee that many of the birds listed below continue to thrive in these habitats. 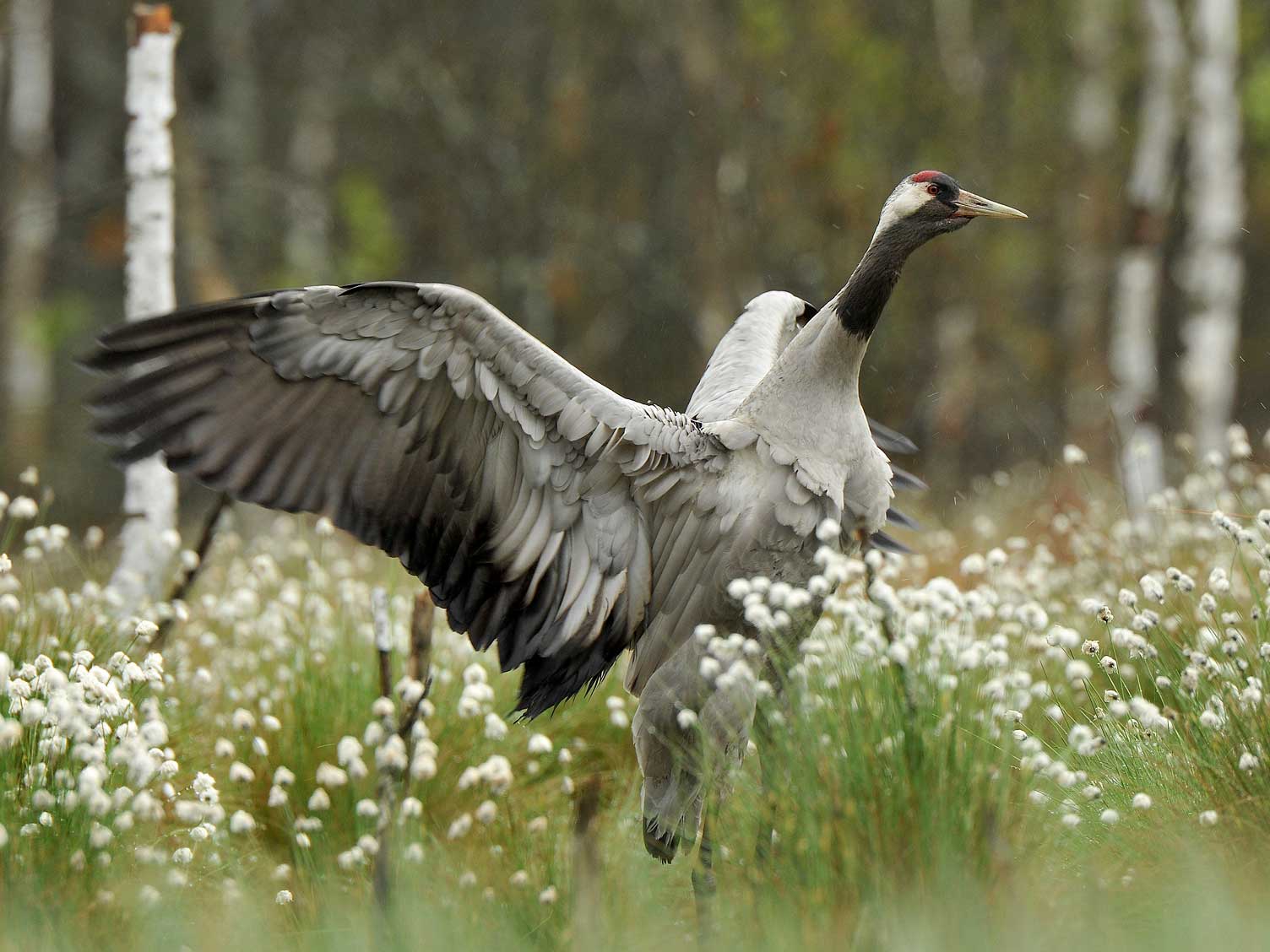 Humberhead Peatlands which incorporate the Hatfield and Thorne restored peat sites near Doncaster have created habitat for several pairs of birds. This area was recolonised naturally by these birds once the area had undergone regeneration back to healthy peatlands after horticultural peat extraction.

These birds have very specific requirements in terms of habitat type, which include diversity of habitat made up of different wetland, fen and bog areas, which offer excellent conditions for feeding diversity and breeding.

In order to sustain themselves, large areas of secluded bog land habitat are required. The diversity created by our land management has contributed to the creation of one of limited habitat types in the UK. For these birds to naturally select this area as a breeding site is a credit to the land management that has been created here. Until recently, this species had not bred in the UK for c400 years! 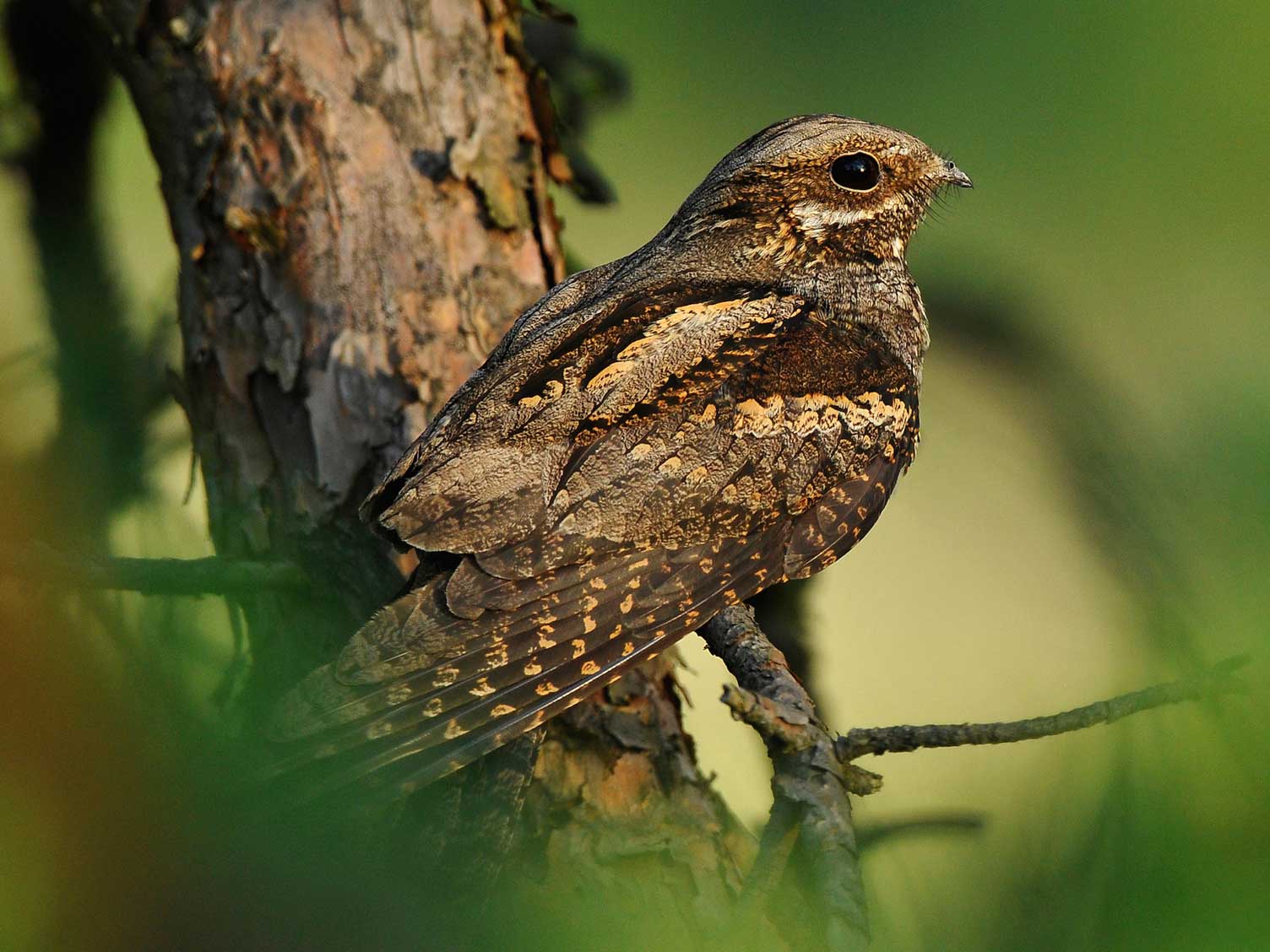 Hatfield Moor, near Doncaster, is a restored peat site that is a nationally important location for this species. The Nightjar is a species of nocturnal bird and is now very rare in the UK, as it is totally dependant of a very specific habitat type.

This area was traditionally colonised by the Nightjar but their numbers increased significantly once the area had undergone regeneration back to healthy peatlands after horticultural peat extraction. The area created after regeneration, vastly improved the habitat diversity, allowing both wetland bog grasses and heather, which is dependant on dryer areas to thrive. This habitat supports a wider variety of moth species which the night flying Nightjar is totally dependant on.

Population numbers are constantly monitored and suitable habitat management continues on an on going basis, to ensure a healthy population of this charismatic species at this site. Their old English name of “Goatsucker” and their eerie nocturnal churring call make these birds very interesting to birdwatchers. 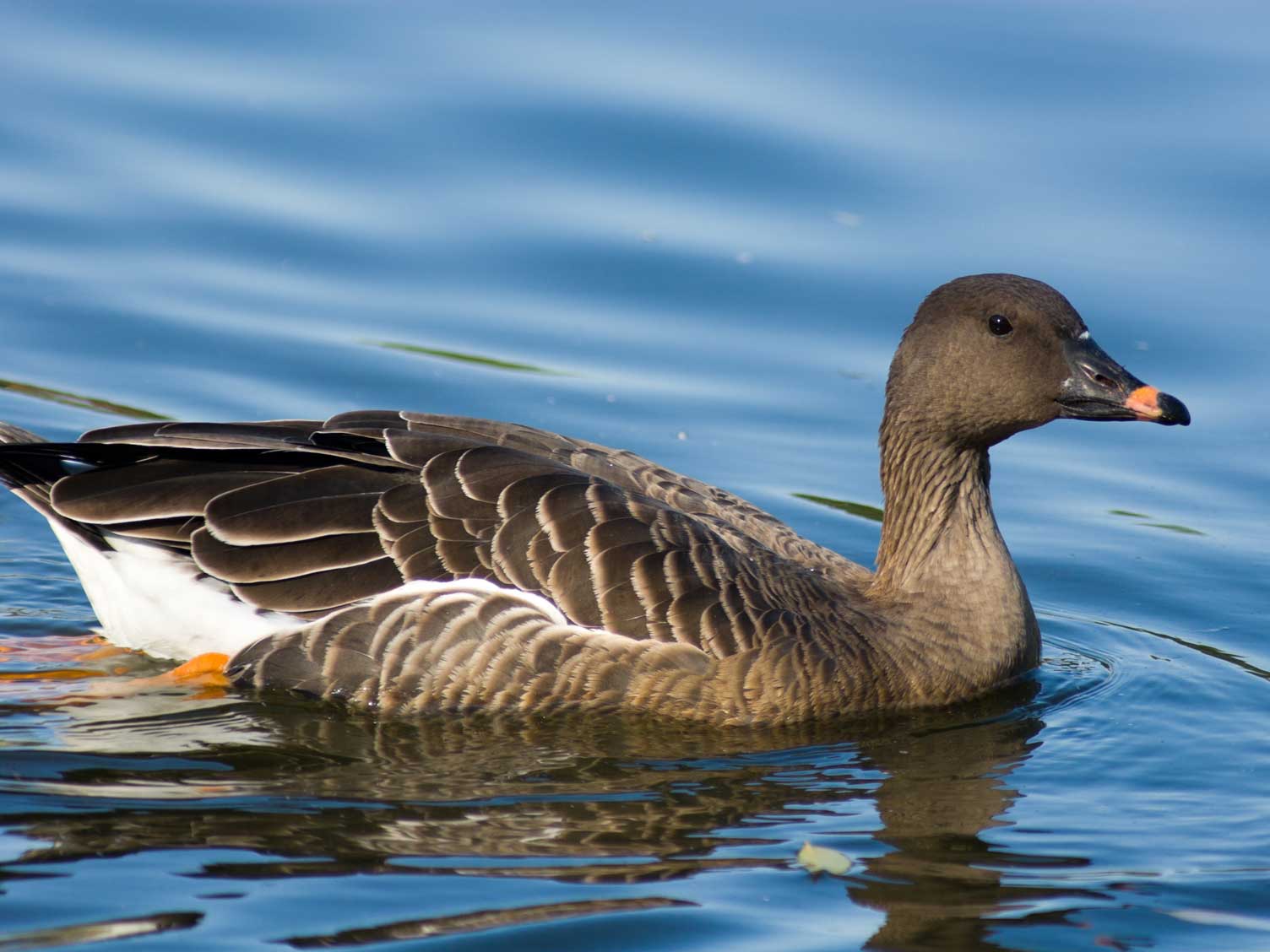 The Bean Goose is an extremely rare goose that arrives on our shores in the winter from its Scandinavian breeding grounds. There are now only two known areas in the UK, where a small flock of this species regularly appear - the Yare Valley near Strumpsaw, Norwich and Fannyside Muir, Cumbernauld, Scotland.

Fannyside Muir in Scotland was purchased by the Company in 2005. Previous peat extraction activities created a wetland bog area which became a suitable habitat for these geese to feed and roost. The species feels secure in this wetland so are happy to roam undisturbed spending the winter building fat reserves before returning north to breed. 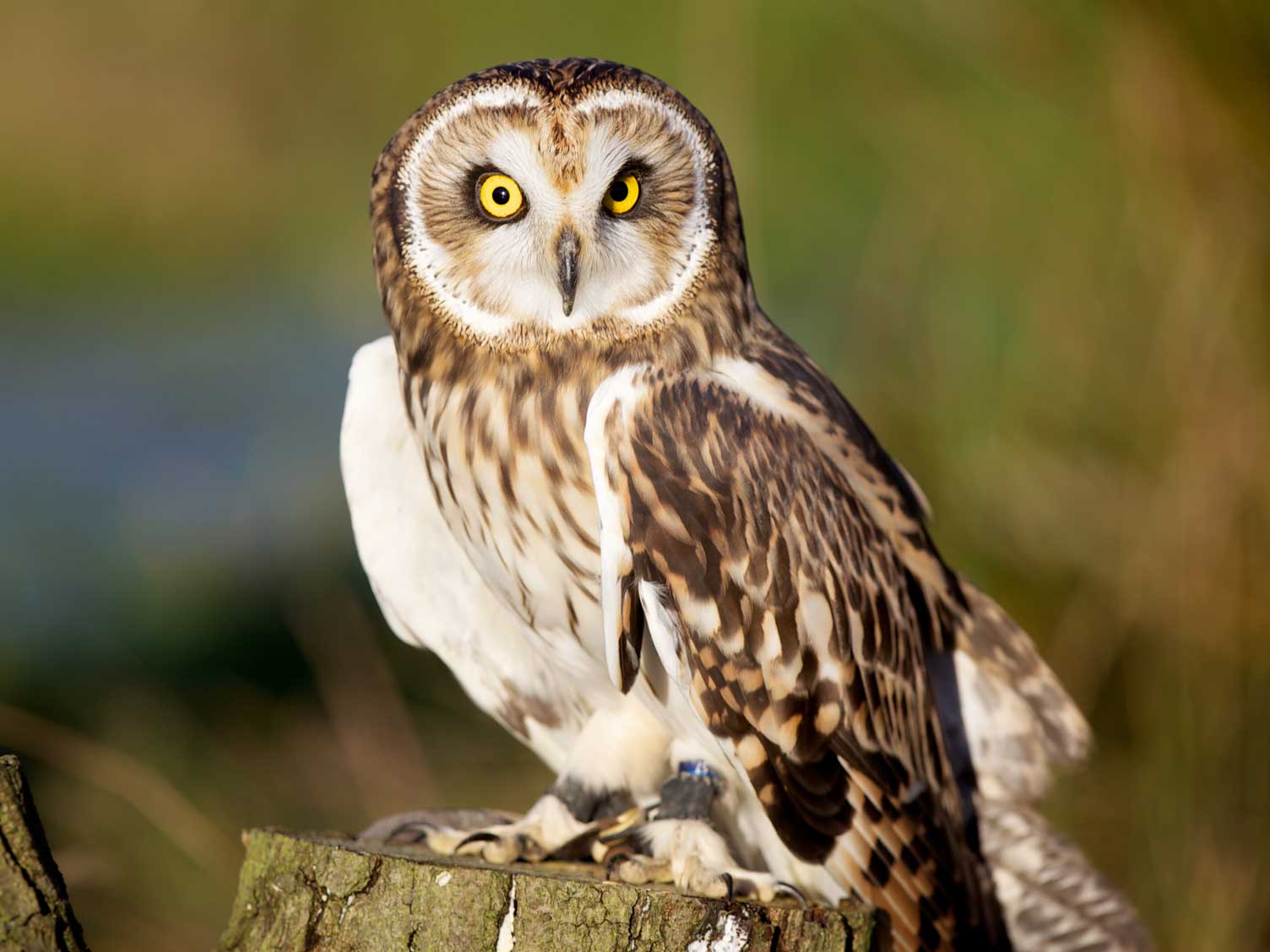 This is a bird with very specialised habitat requirements. A day flying owl that depends solely on a healthy vole population and wide open areas with little or no disturbance.

Little Woolden and Irlam Moss in Lancashire is an area of peatland that has a heritage of peat extraction. Before extraction the whole area traditionally would have created very limited bio diversity however the redeveloped land now has a much wider range of habitat, floral and mammal species as a result. As a result the Owls have more options to sustain their winter stay.

Once peat extraction ceased, with the help of Lancashire Wildlife Trust and other local conservation organisations, the area has been reworked and re-wetted to create a wide range of habitat types with varying water levels, open water of varying depths, bogs, dryer areas and drainage channels. As well as a massively improved biodiversity, this now supports a very healthy rodent population. As a result Little Wolden Moss is one of only a handful of locations in the north west of England that is supporting a wintering Short Eared Owl population. 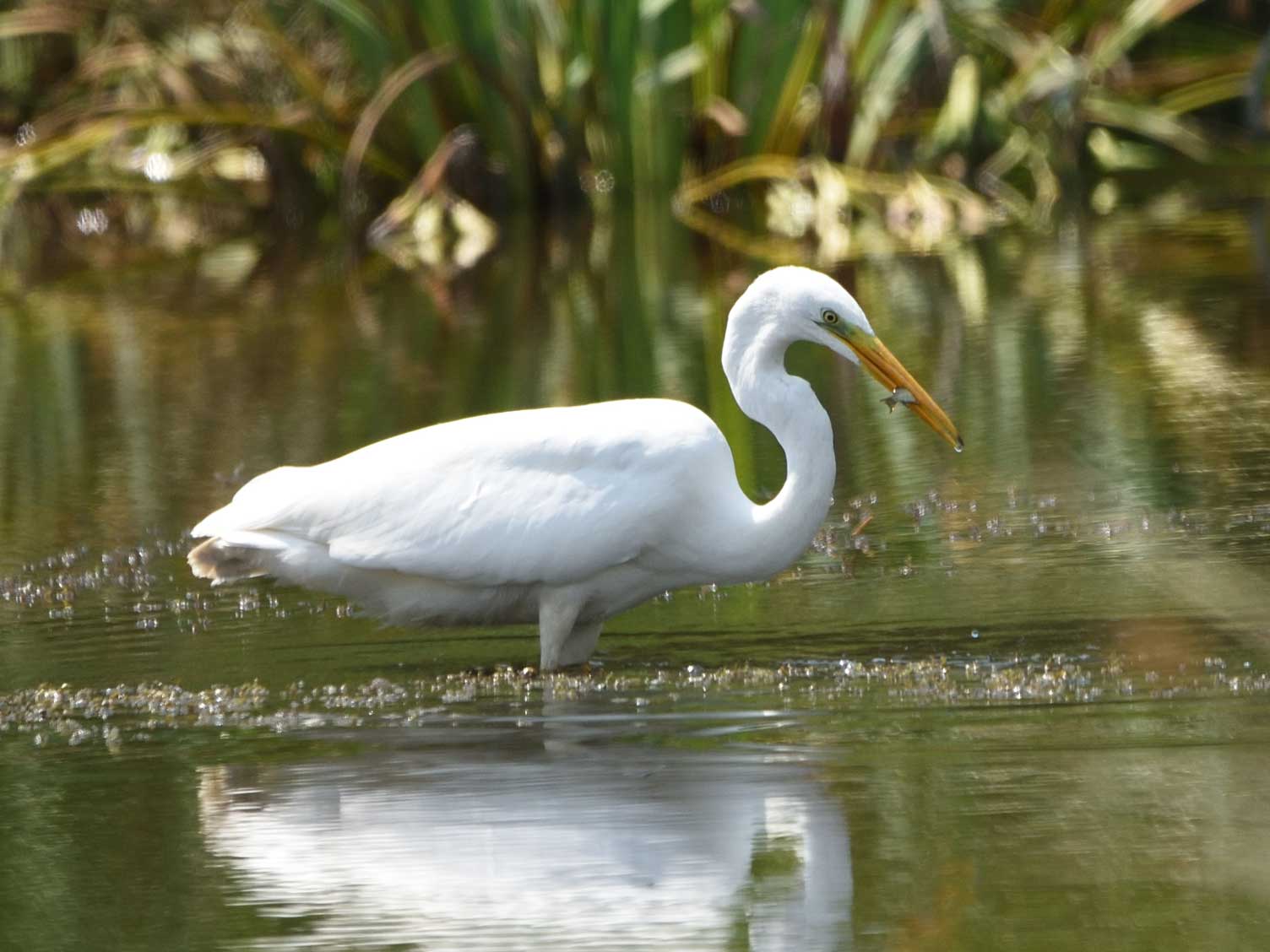 The Great White Egret is a common bird in southern European marshes, but until recently has only ever been a rare vagrant to the UK with a few records annually.

Over the last 10 years several birds have been moving north into Britain and have found suitable habitat at the Avalon and Shapwick marshes in Somerset. These areas were once boglands with working peat extraction. Once the extraction finished, important work with UK conservation organisations has resulted in the formation of one of the largest wetland areas in Europe, with a huge diversity of habitats and supporting species.

Once established in these marshes the Egrets found them so suitable that in 2012 they bred on the site for the first time ever in the UK. In 2019, seven pairs raised 17 chicks. An amazing success story! 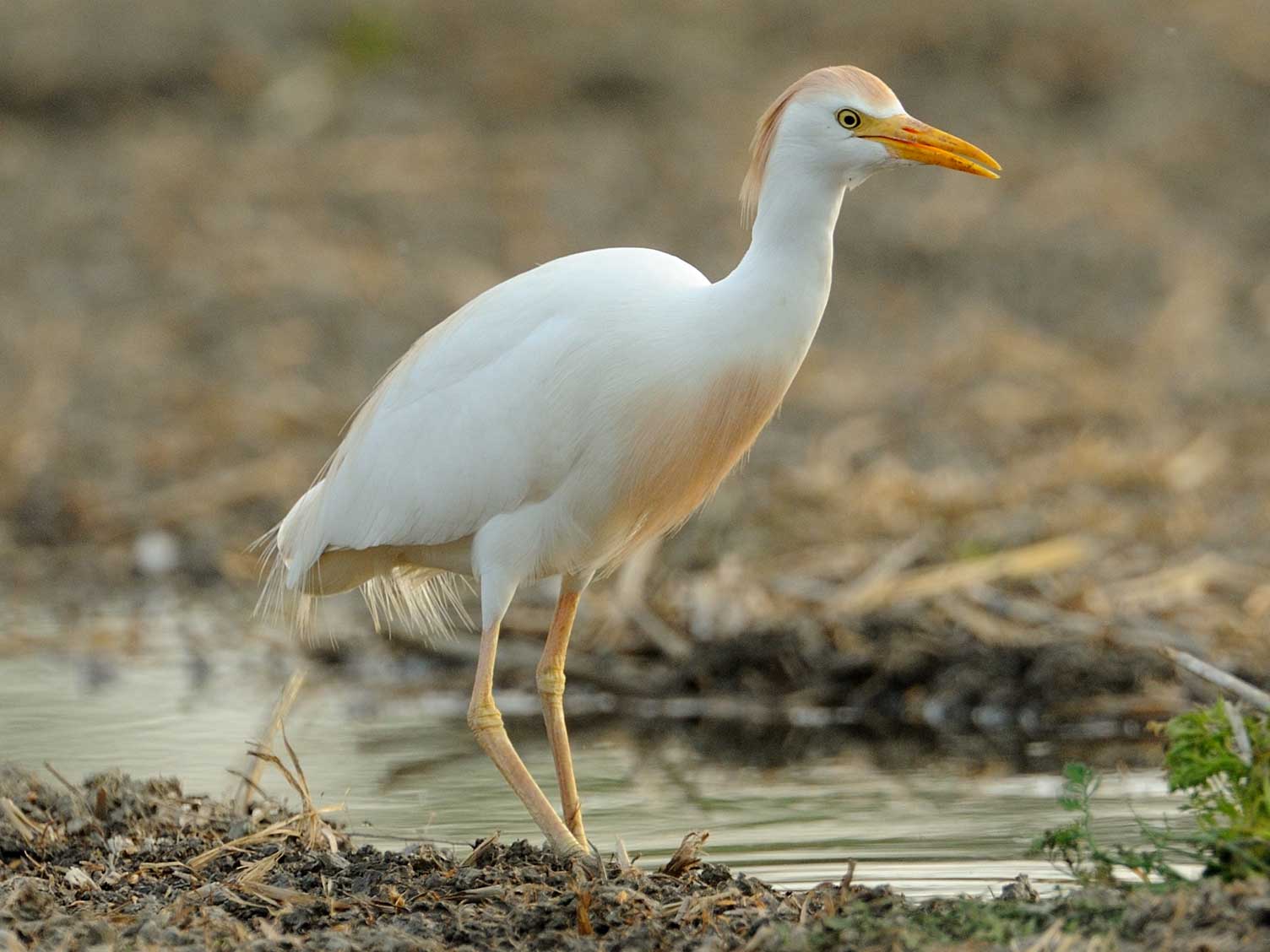 Similarly to the Great White, the Cattle Egret is a common bird in southern European marshes, but until recently only visited the UK on rare occasions.

More birds have moved north into Britain each Spring and have been attracted to the Avalon and Shapwick Marshes in Somerset. Egrets breed in large colonies and the presence of the Great Whites, has encouraged them to stay.

Once established in these marshes the Cattle Egrets found them so suitable that in 2019 they bred on the site for only the second time ever in the UK, with five pairs raising 11 chicks. Another wonderful success story, where Evergreen has played a part in the creation of diverse and specialised wetland habitat type. 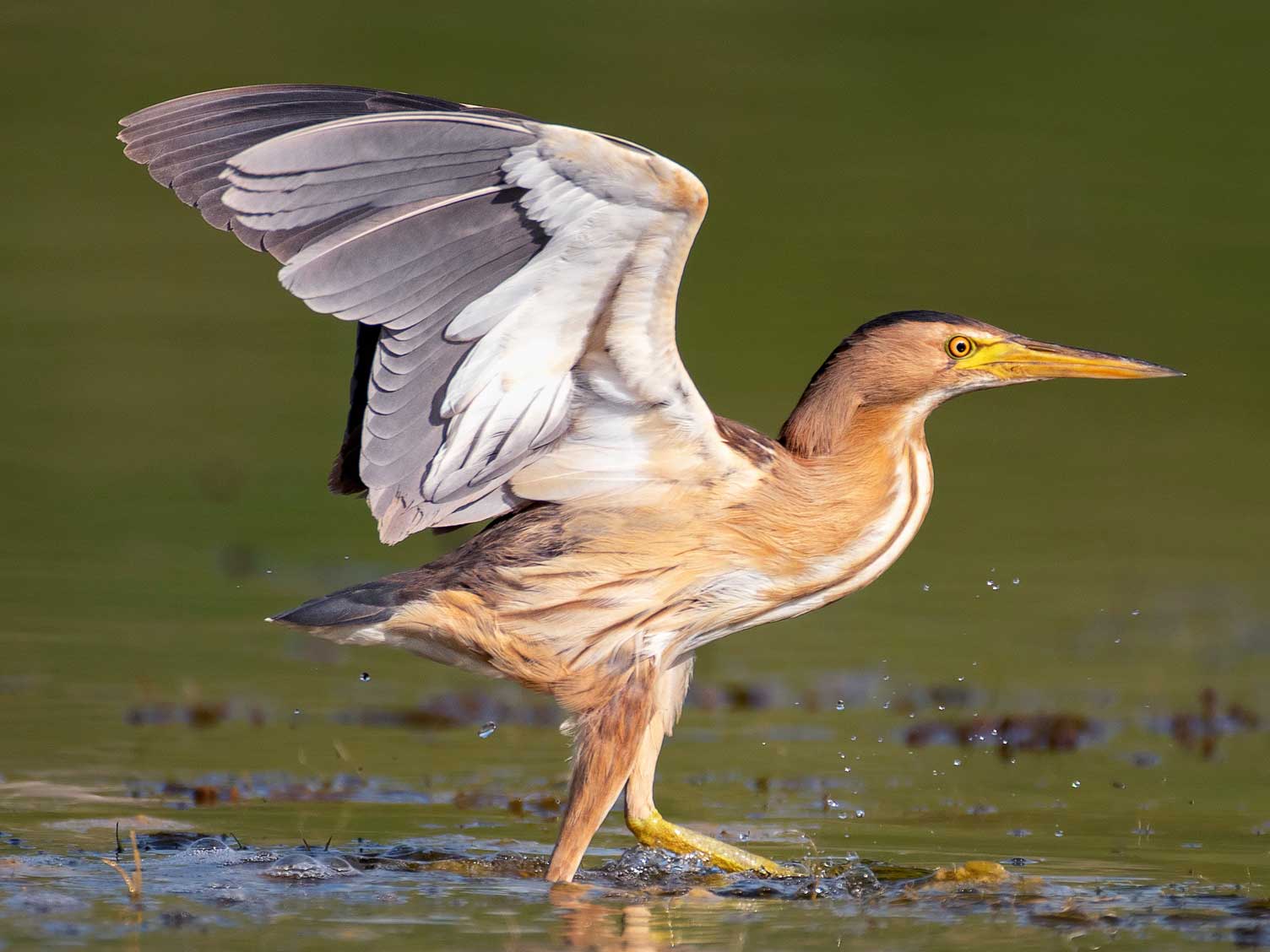 Another success story! The Little Bittern is a secretive bird in southern European marshes which like the Egrets had only visited the UK on rare occasions, with one or two records annually.

Drawn to the extensive suitably diverse and specialised wetland habitat type at Shapwick Heath, a pair of these birds stayed for the Summer and bred for only the second time in the UK in 2010 at Ham Wall RSPB reserve.

How to make compost

Making your own compost is one of the best things you can do for your soil.

A complete guide to choosing the right compost

Adding compost or a soil improver helps to provide the right growing conditions, which will ensure you achieve bigger...

Choosing the right compost for your plants with David Domoney

Sometimes it can be a bit intimidating trying to find the right compost to buy for your plants.

Making compost for your garden

Home-made garden compost contains lots of nutrients that plants love - such as nitrogen and carbon.