Lavender is a fabulous evergreen shrub and every garden should have some. It’s wonderfully colourful, with its silvery or grey-green, scented foliage and its spikes of colourful, fragrant flowers produced throughout the summer, from July to September.

How to grow lavender

Lavender is easy to grow and look after. It needs a well-drained soil and a sunny position. The sunnier the site, the stronger the fragrance from both the foliage and the flowers.

Most of the lavenders we grow in our gardens are varieties of the English lavender, Lavandula angustifolia. This species can easily grow up to 1.5m (5ft) high and is a good choice for hedges. The lower growing, more compact varieties, like ‘Munstead’ and ‘Hidcote’, are the best choices for dwarf hedges and bed edging.

Although most varieties produce flowers that range from blue to purple, there are also white-flowered varieties, such as ‘Alba’, and those with pink flowers, ‘Rosea’.

French lavenders, Lavandula stoechas and Lavandula viridis, produce different flowers with showy bracts above the flowers, which leads to their sometimes used common name of ‘bunny ear lavender’. These lavenders aren’t as hardy as English lavender and will need a very warm position, excellent soil drainage and may even need winter protection in severe weather. 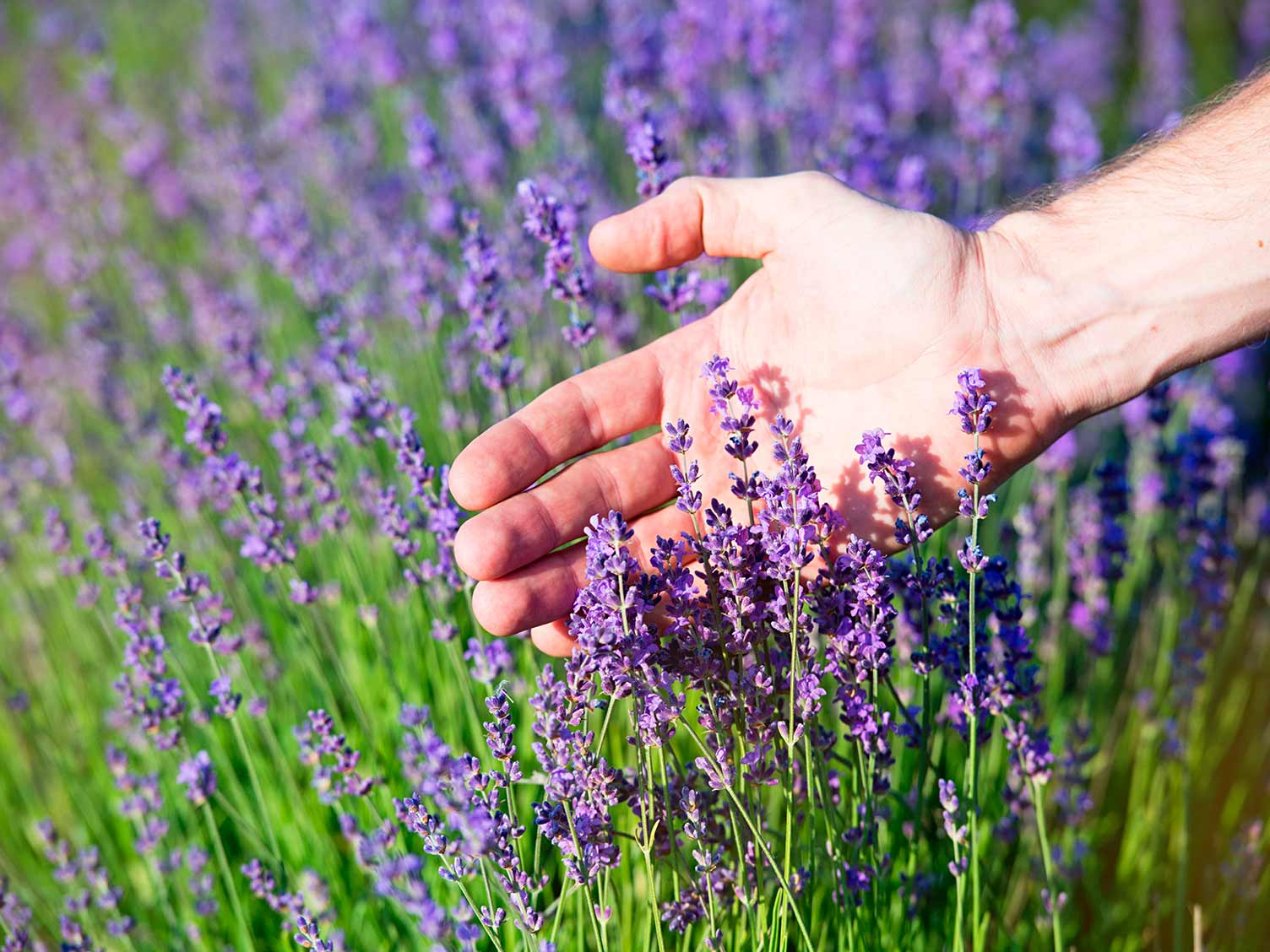 How to care for lavender

Lavender is very drought tolerant, but like all other drought-tolerant plants needs watering until established.

Plants can tend to become leggy in time, so it is important to prune them annually to keep them bushy and full of flowers. It’s also a good idea to prune newly planted lavender plants to encourage strong, bushy growth.

Pruning lavender can be confusing, especially as there is lots of differing advice available! For best results, on established plants of English lavender, remove the faded flower stalks and about 2.5cm (1in) of the current year’s growth after flowering. You can also prune in April if you want to tidy up plants and encourage bushiness - you should do this using shears, rather than secateurs.

The less hardy French lavenders are best pruned in mid-spring or it can be pruned after the first flush of flowers.

Lavender may be susceptible to the following pests, diseases and problems: Rosemary beetle, Root rot.