Flowers are one of the most symbolic objects in modern and ancient times. Throughout the course of history, trees, plants and flowers have been symbols of meaning. This is often different depending on the part of the world. Whether associated with religion, folktale or mythology, flowers have long been used as emblems and meaningful tokens. 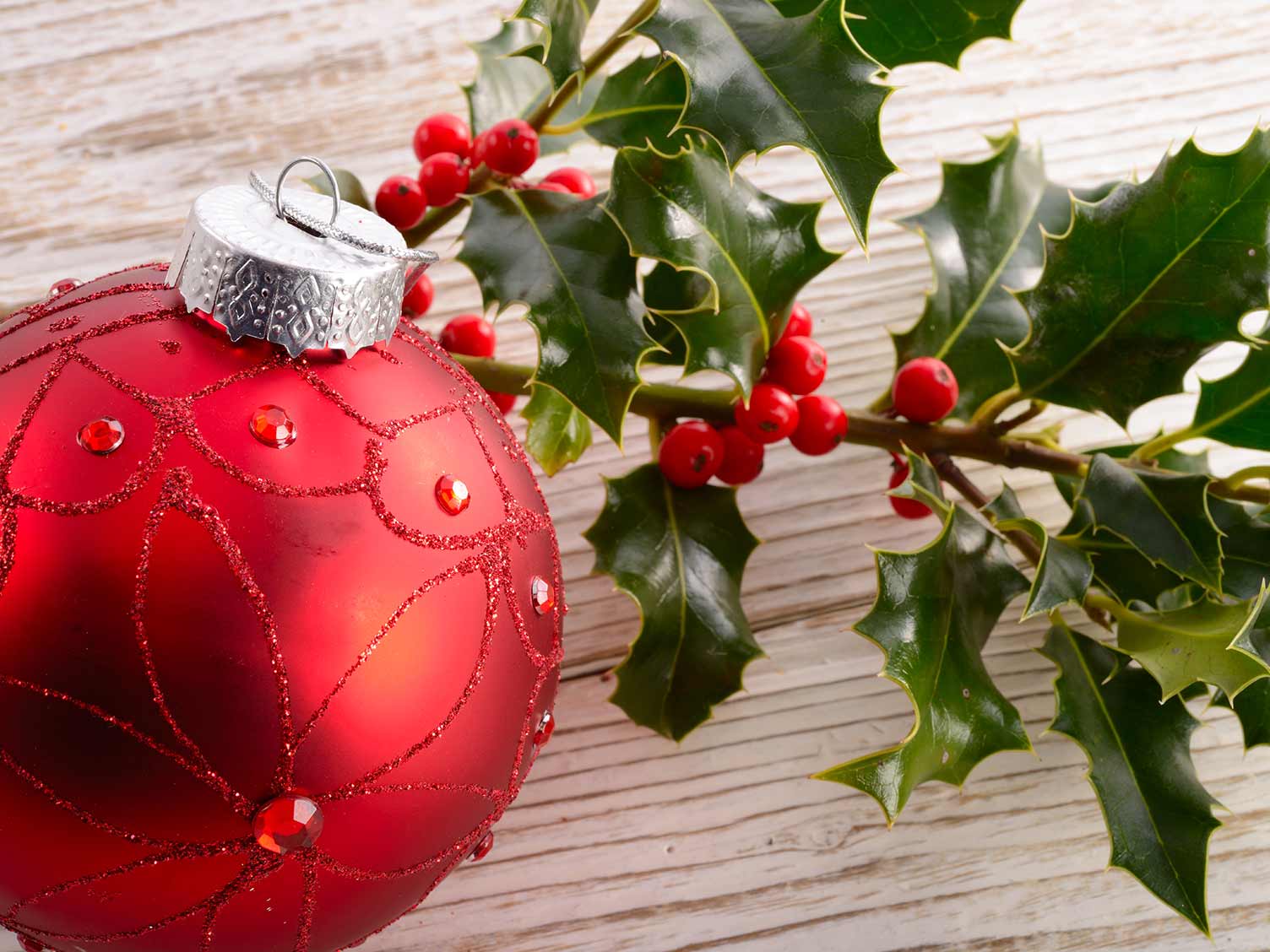 Along with other greenery such as ivy and mistletoe, holly was used long before Christianity was born to celebrate the Winter Solstice Festival, ward off evil and celebrate new growth. In Christianity, the prickly leaves are symbolic of the crown of thorns in the crucifixion, while the berries are symbolic of the blood droplets; in Scandinavia, holly is known as the Christian Thorn. Holly has been a Christmas symbol since pagan times, when it was customary to deck the halls with boughs of holly – as the carol goes.

Apple trees and apples appear in many religious traditions as well as in mythology and folktales – often as a mysterious and forbidden fruit. The apple tree, according to the Celts, represents many traits including wholeness, purity and goodwill. Christianity depicts that Adam and Eve ate the forbidden fruit in the Garden of Eden. As a result, the apple became symbolic of temptation, sin and the fall of man.

An olive branch has long been symbolic of an offer of reconciliation, representing peace and victory. The symbol is derived from ancient Grecian customs, and is most prominent in western culture. The symbolisation of peace stems from the biblical story of Noah. Noah sent a dove to find evidence of dry land - the dove returned with an olive leaf, proof that showed the flood had subsided and peace had been restored. This representation of victory is demonstrated today at the Olympics, as the victors are awarded wreaths made from olive branches.

It doesn’t come as too much of a surprise that a red rose is primarily symbolic of romance. Universally, red roses are the most symbolic of the rose family. The modern day red rose we are now familiar with was introduced to Europe from China in the 1800s. The symbolic meaning of the flower, however, can be traced back to centuries before. Red has long been a leading symbol of deep emotion – in Greek mythology the red rose was lined with the goddess of love. Nowadays it remains a strong tradition to present red roses as gifts to special ones, as a token of affection.

Images of lilies were first discovered in 1580 BC, in a villa in Crete – since then they have existed as a token for different occasions. In Greek mythology, Lilies are the birth flower for the month of May (see here for a full list of birth flowers), while also being the flower of the 30th wedding anniversary. Lilies are also often associated with funerals, with the flower being symbolic of the soul and spirit of the departed having had their innocence restored.

The thorn is one of the most ancient symbols in the world. As with the rose, it represents the juxtaposition of pleasure and pain. The thorn is also most commonly associated with the crown of thorns - denoting sin, sorrow and hardship and an emblem of Christ’s passion.

The oak tree according to Celtic symbolism is representative of wisdom and strength. Its sheer size and growth was understood to be a symbol of endurance and nobility, as well as durability and constancy.

The thistle is most well-known and widely recognised as the Scottish emblem. Native born, the thistle is a resilient weed that blooms across the Scottish landscape. A legend was told to take place in the 13th century that formed the thistle’s place in the country’s history and symbolism. Legend details how the heroic action of the plant caused it to be named the emblem of the country. During a surprise invasion by a Viking force, where the army planned to attack the Scots while they slept – their plan was destroyed when the barefoot soldiers came across the prickly Scottish thistles, waking the sleeping Scotsmen with their cries.

The shamrock has long been the symbol of the Irish. This symbolisation originated in the 5th Century when St Patrick introduced Christianity to Ireland, using the shamrock to illustrate the doctrine of the Holy Trinity. Today the shamrock is associated with St Patrick’s Day, which is the globally recognised day to celebrate the Irish. It is also said that if you are fortunate enough to come across a shamrock with 4 leaves (also recognised by many as a 4-leaved clover) it will bring you great luck.

You guessed it, these trees are symbolic of Christmas. The introduction of the Christmas tree in Britain came in 1800 when King George III’s German-born wife, Charlotte of Mecklenburg-Strelitz, introduced one at a party for their children. It may surprise you that the UK was actually a late adopter of the Christmas tree, with the tradition originating in Germany. If you are wondering which Christmas tree to get this year, have a look at our real Christmas tree guide.