Mosses are simple plants that can grow just about anywhere, and on anything, in the garden, but particularly in damp, and often shaded, places. They are usually associated with poor plant growing conditions.

Various moss species grow on the branches of trees and shrubs, on the soil, in the lawn and on hard surfaces – including paths and paving slabs. They form loose, green or yellowish-green mats or compact cushions.

When moss is found growing on trees or shrubs, this is usually a symptom that the plant is already either weak or stressed. It could simply be that it is old and getting ‘past its best’, or has already begun to die back because of some other problem.

When growing on paths, paving and patios, it can make the surface very slippery.

Mosses are only really a problem in the lawn, where they out-compete the grass and cause the grass to die out. 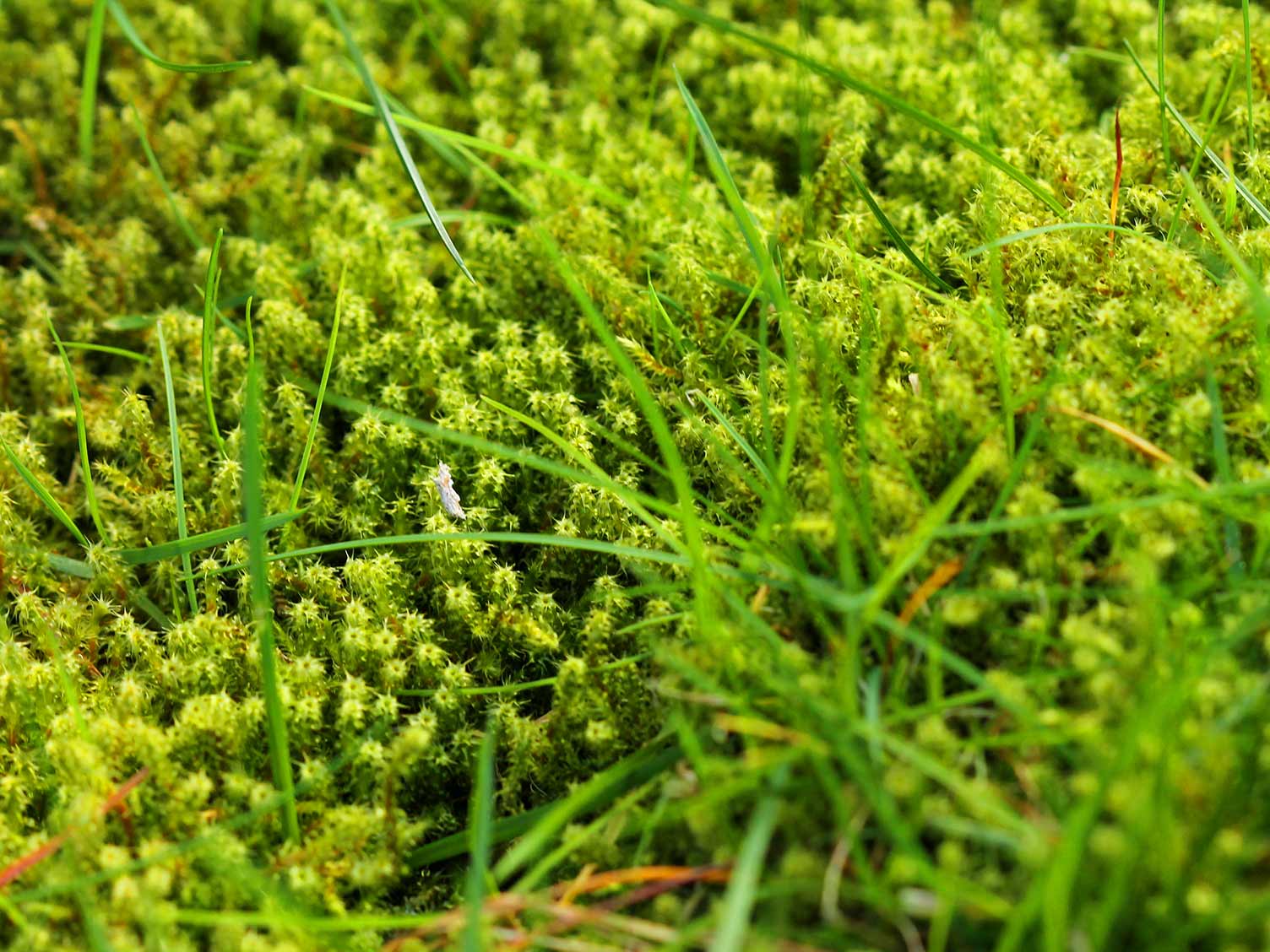 There are no chemical controls for moss growing on plants. You could try to physically remove it, but this should be avoided as it would probably do more damage to the bark and branches.

Moss can be controlled to some extent by improving air circulation around the plant – prune out any overcrowded branches and remove vegetation growing around the affected plant.

Improve the overall growing conditions for the plant to improve its strength. Look at the condition of the soil and whether it becomes too dry in summer or waterlogged. Ensuring conditions for good root growth will help to increase the plant’s vigour. Water if and when necessary, mulch the soil and feed annually in spring. Applying a foliar feed, especially of a seaweed-based tonic, may help to improve strength and vigour.

There are a number moss control products used to kill the moss. However, unless the underlying problems – usually soil compaction, shade, waterlogging, irregular/incorrect mowing – are corrected, it will keep coming back.

See our full advice on how to control moss in lawns

Never rake moss out of the lawn until it is completely dead. If you do, you will just spread the moss and make the problem worse.

Moss growing on the soil is a sign that the soil is compact, airless and remains moist for much of the year. It is usually only a problem on heavy clay soils.

The moss can be scrapped off, but it will return unless something is done to improve the compaction and drainage of the soil. Dig over the soil and dig in bulky organic matter and even sharp sand or horticultural grit.

Mosses can usually be controlled by physical removal, such as with a scrubbing brush, or by treating with a patio cleaner.

Patio Magic!® Ready To Use Spray

Many gardeners get concerned when they see lichens growing on the branches of their trees and shrubs, thinking they are...

Liverworts are small plants related to, and often confused with, mosses.

The typically green algae can grow just about anywhere in the garden, wherever the conditions are generally cool and...

Plant fungus is a common gripe for gardeners all over the nation, but the good news is there are lots of simple...