The tasty red - or even golden - fruits of raspberries are a great summer favourite in the fruit garden. They grow and crop well throughout the UK, and even thrive in cool, damp summers.

Providing they are planted well, raspberries will give a great crop for easily 10 years or more, especially if cared for and fed well every year.

Find a sheltered position that is away from strong winds and gets sun for at least some of the day. Planting along a sunny fence is a good idea, as it makes supporting the stems easier.

Raspberries hate being waterlogged and so dislike un-improved clay that is permanently wet. They also dislike alkaline chalky soils, as this can lead to yellowing of the leaves (lime-induced chlorosis) and poor crops, and those that drain too freely and don’t hold moisture, as this leads to small, dry raspberries.

It will pay dividends to improve the structure of all soils with lots of bulky organic matter, such as well-rotted manure, compost or soil conditioner to improve drainage of clay soils and improve water holding of light soils.

By growing a few different varieties, you can have a long summer cropping period.

Each variety will crop for up to 6 weeks - early varieties in June, mid-season in early July and late summer ones from late July. Add an autumn-cropping variety that fruits for up to 2 months from mid-August and you have the full set! 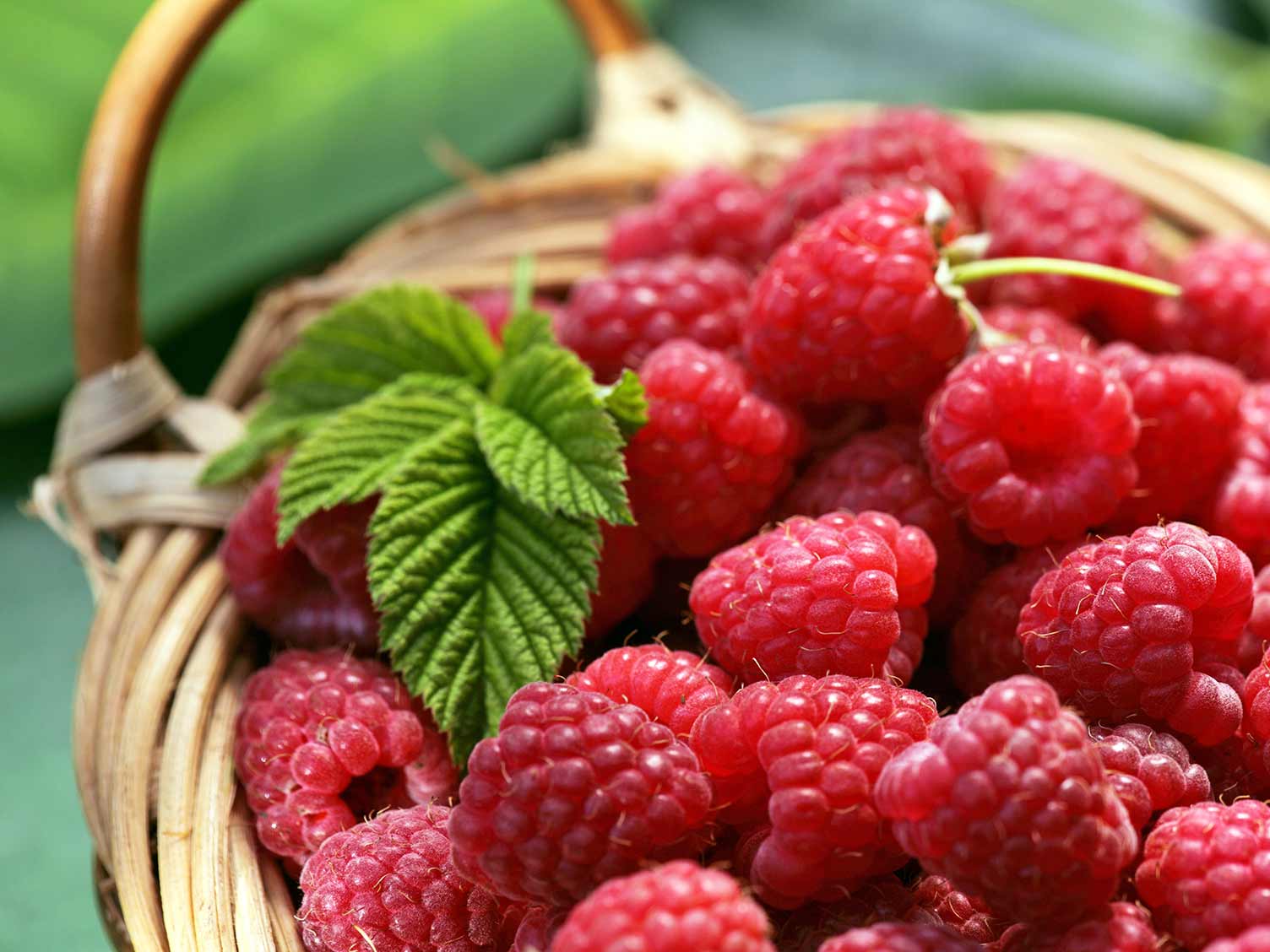 Plant bare-root canes in late autumn or winter. November or December are best, although it can be done right up to the end of February.

Dig a trench 45cm (18in) wide and 20-25cm (8-10in) deep and cover the base with a good layer of organic matter. Dig this into the base of the trench and then plant the canes, allowing 45cm (18in) between each cane. Add more organic matter to the soil removed from the trench. Replace the soil and gently firm in around the roots and water in well.

Feed the soil around each plant with a slow-release or controlled-release feed and add a thick mulch of well-rotted organic matter.

Finally, cut the old canes back to around 15cm (6in) from the ground to encourage strong new growth.

Most varieties of raspberries will also grow and crop well when planted in large patio containers - say 30-litre capacity. You could plant 5-6 canes per container and then tie the canes at the top to make an ornamental, fruiting wigwam. New, more compact varieties have been bred specifically for container growing.

How to care for raspberries

Raspberry canes need a good support system for the canes, although autumn-fruiting varieties can be grown without support.

Water the newly planted canes during the first year whenever the weather is dry. In subsequent years, watering when the fruits are swelling may be needed if there are prolonged periods of dry weather. Mulching around the plants in late spring will help to conserve soil moisture.

For maximum crops, feed in early March with a general slow-release or controlled-release feed.

It’s important to keep weeds away from the canes, so remove weeds as soon as you see them. If using a hoe, be very careful not to get too close to the canes, as this will physically damage the surface roots.

Pruning of summer-fruiting varieties takes place after the last fruit has been picked. Cut down all the dark brown canes that produced fruit to ground level. New canes that were formed that year will fruit in the following year; retain the strongest 6-7 new canes for next year’s crop.

All canes of autumn-fruiting varieties are cut back to ground level in February.

Tie in the new canes to the wires as they grow.

Allow the fruits to turn full colour before gently pulling them away from the stem. Pick every day and store in the fridge until you have enough for a meal.

If you have more than you can eat, raspberries freeze well and once thawed retain their form, colour and taste.

Raspberries may be susceptible to the following pests, diseases and problems: Birds, Raspberry beetle, Raspberry cane and spur blights.

Plants are good for us. They make our homes and gardens look beautiful, they give us a sense of purpose and they can...

Choosing the right compost for your plants with David Domoney

Sometimes it can be a bit intimidating trying to find the right compost to buy for your plants - there are many options...

Grow your own Avocado Plant

Ever thought of growing your own avocado plant? This brunch-time staple can produce an adorable little plant from its...

Hotter than the sun chillies

We’ve put together some of the hottest chillis on the Scoville Scale, along with a few tips for growing chillis at home...