How to grow and care for cucumbers

Delicious in salads and sandwiches, the crisp, sweet crunch of a cucumber is one of the joys of summer. Growing cucumbers takes a little care and attention, but the results are well worth the effort. To learn how to grow cucumbers, follow our essential guide. Soon your summer salads will be sweet, delicious and super-satisfying.

Cucumbers are divided into indoor- and outdoor-grown varieties, so growing cucumbers starts with choosing which type of cucumber you want.

Here are a few cucumber varieties to look out for: 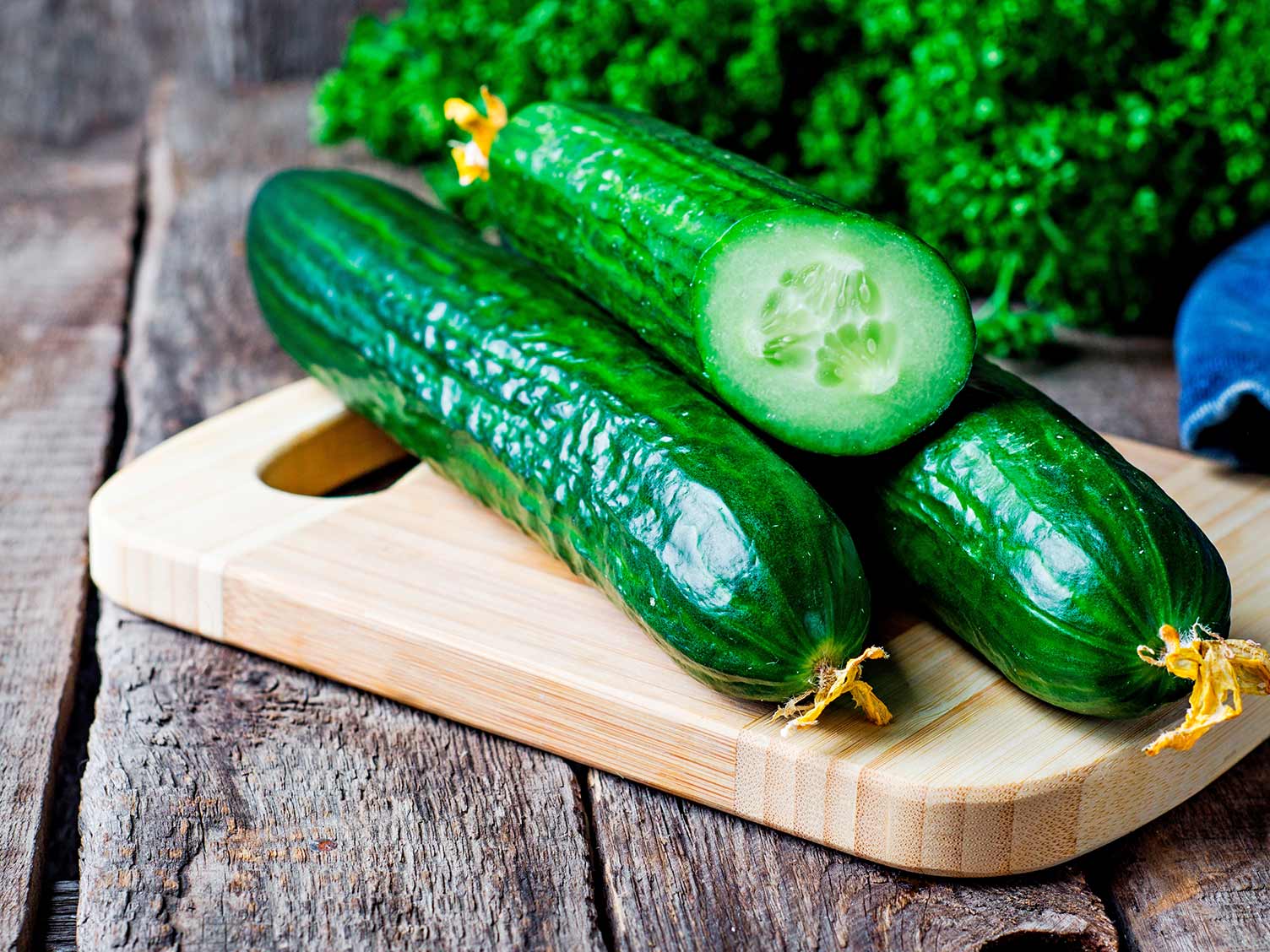 When to sow your cucumber seeds?

How to grow cucumbers from seed?

How and when to plant your cucumbers?

Once the seedlings are big enough to handle (usually around 3-4 weeks after germination), transplant indoor cucumbers into individual 25-30cm diameter pots filled with multipurpose compost. Place a long cane in each pot to support the plant as it grows.

Outdoor cucumbers that have been sown indoors in spring can be planted outside in early summer.  Harden the seedlings off for a week first by placing them outside in their pots during the day and bringing them back inside at night.

Before planting cucumbers outdoors, prepare the soil by digging in compost or well-rotted farmyard manure, then scatter a general-purpose fertiliser at 100g/m2 over the soil and rake it in.

Plant outdoor cucumber seedlings 90cm (3ft) apart and water well. You don’t need to provide supports for them unless you are trying to save space – they will grow happily sprawling across the ground.

How to care for your cucumbers?

How to pollinate cucumbers?

When it comes to pollination, cucumbers have a few quirks. One of these quirks is that they produce separate male and female flowers.

Most indoor cucumber varieties are all-female and can develop fruits without needing to be pollinated. In fact, if they are pollinated, the cucumbers will taste bitter, so if any male flowers do appear on greenhouse cucumbers, remove them immediately to prevent pollination.

Outdoor cucumbers produce both male and female flowers on the same plant. They need to be pollinated in order to produce fruit, so don’t remove any flowers from outdoor plants, just let the pollinating insects do their thing.

Harvest cucumbers any time between July and October once the fruits are between 15-20 cm (6-10in) long. Use a sharp knife to cut cucumbers off the plant. Pick frequently to encourage the plant to produce more cucumbers.

It’s time to give cucumber-growing a go. Once you’ve tasted your own cucumbers fresh from the plant, you’ll never look back.