How to grow Sweetcorn

Sweetcorn, or maize, is sweet, tender and delicious – especially when cooked as soon as it is picked. Plenty of sun and dry weather are needed for the plants to grow well and to set cobs full of well formed kernels.

Hybrid F1 varieties produce the sweetest kernels, and ‘Early Extra Sweet’ is the standard that all new varieties try to beat, although ‘Marika’, ‘Sweet Perfection’ and ‘Early Bird’ are good varieties.

The latest plant breeding has produced enhanced sweetness, with varieties such as ‘Butterscotch’ or ‘Swift’. But if you prefer a less chewy texture, then the tendersweet varieties ‘Lark’ and ‘Extra Tender and Sweet’ are the ones for you. 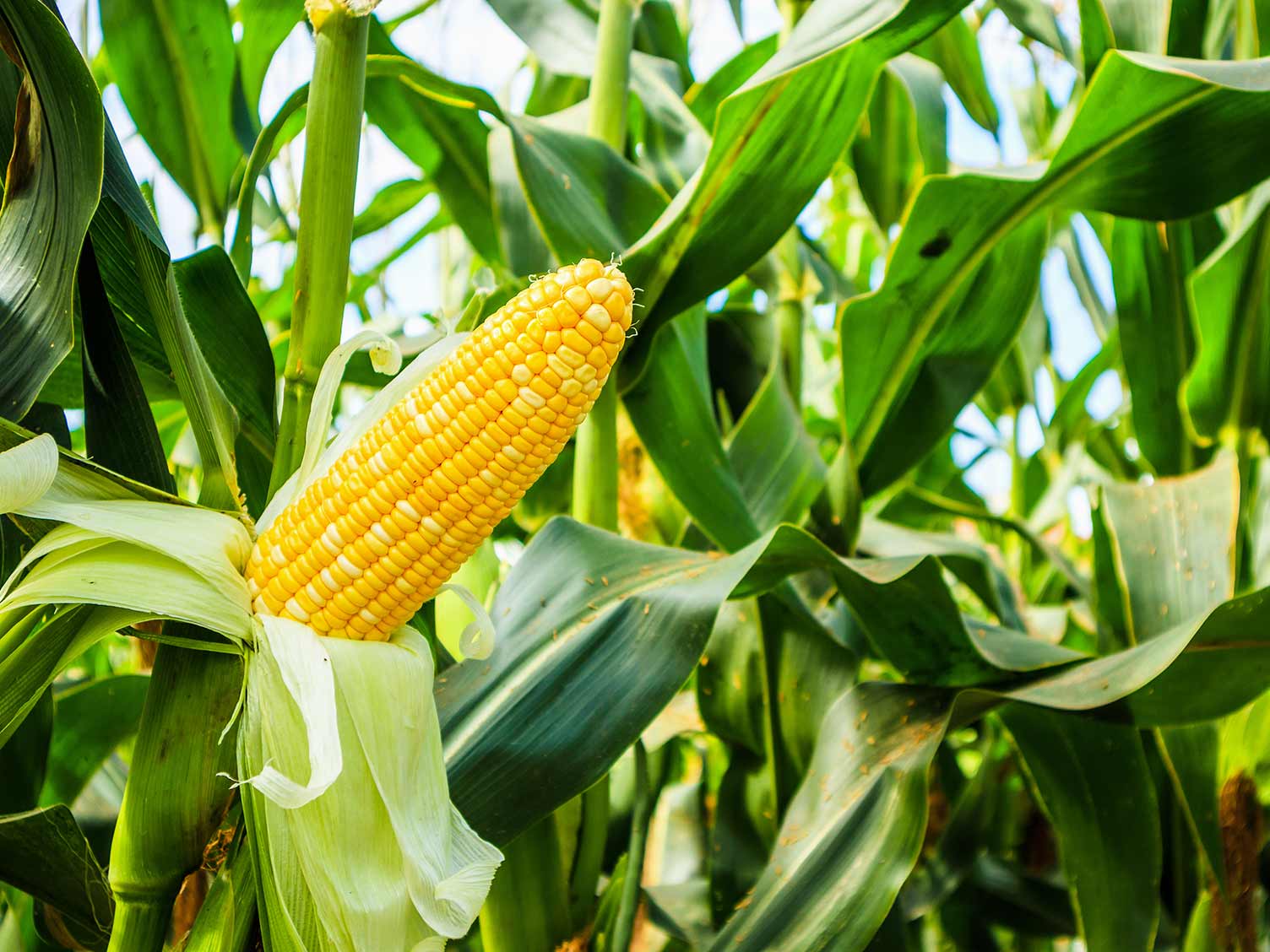 Sweetcorn will grow in most soils, providing it is well drained, but holds plenty of moisture. Before sowing or planting, improve the soil so that it is rich in nutrients and organic matter by digging in some well-rotted manure, garden compost or soil improver. Then add a good dressing of a general plant food.

Because sweetcorn is pollinated by wind transfer of pollen, the plants must be grown together in a square/rectangular block, rather than a single row or dotted around the garden.

If you wait until late May/early June, you can sow seeds directly in the ground where you want it to grow. You will get better results if the soil is pre-warmed for 2 weeks with cloches or clear plastic covers. Leave the covers in place after sowing until the plants have grown and touch the top.

To get an early start and produce an earlier crop, sow seeds in individual pots or cells filled with a good seed sowing compost in late April or early May and germinate in gentle warmth. Keep the plants indoors until early June, when they will be ready for planting out.

Water the soil thoroughly during prolonged periods of dry weather; this is vital when the plants are establishing and when they are flowering and the cobs are swelling.

If roots appear at the base of the stem, cover them with soil to improve wind stability.

How to harvest sweetcorn

Cook as soon as possible after picking in plain water (no salt) and you will taste perfect sweetcorn! Avoid picking more than you need, since cobs that are left in the fridge for a day or two will gradually lose their sweetness.