Although blossom end rot looks like a disease, it is actually a ‘physiological disorder’ or general plant problem, caused by incorrect growing conditions.

Blossom end rot is a common problem of tomatoes, peppers and aubergines – especially those grown in a greenhouse – and is caused by erratic watering and/or excessive dryness at the roots. It is often a common problem of plants grown in growing-bags that are not watered properly.

Brown, sunken spots develop at the bottom of the fruit opposite the stem. 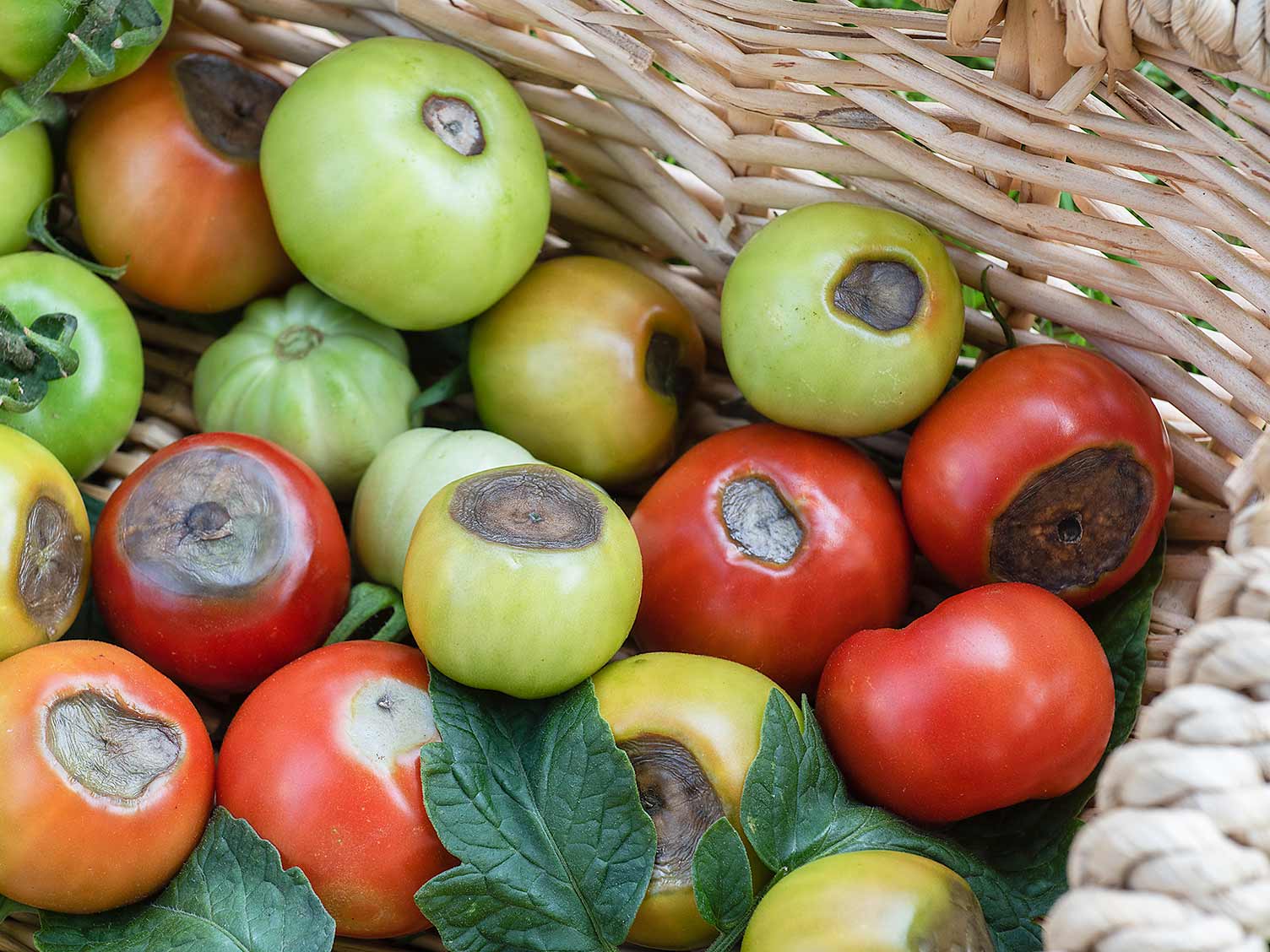 Ensure the compost is kept evenly moist and not allowed to dry out. Giant planters contain twice as much compost as ordinary growing-bags, so are less likely to dry out between waterings.

Pick off affected fruit and change your watering technique to applying less water twice a day, rather than an occasional flood followed by drying out.

Feed every week with a soluble tomato food, since a lack of nutrients also adds to the problem.

Bracken, Pteridium aquilinum, is widely distributed throughout the UK being by far the commonest fern. Bracken is...

Disease, pests and fungus can be a common sight around many vegetable patches and fruit gardens. If not identified and...

Blight is a serious disease of potatoes and tomatoes, which can completely destroy the crop or make it inedible. Outdoor...

Rust diseases attack a wide range of plants – but each type is specific to one plant or one group of plants and won't...