A relatively new insect pest to Britain is attacking box (Buxus sempervirens) plants. Box tree caterpillars feed on the plants’ leaves within webbing produced over the foliage and can completely defoliate box plants.

Box tree caterpillars were first found in gardens in 2011, although the adult moth was first seen in Britain in 2008. By the beginning of 2015, box tree caterpillars and moths had become established in London and surrounding counties and is now spreading further. Because the caterpillars cause severe defoliation, it is likely to become a serious insect pest problem.

The adult moth normally has white wings with a brown border, although they can be either clear or completely brown or clear. Female moths lay pale yellow eggs in a sheet on the underside of the leaves. 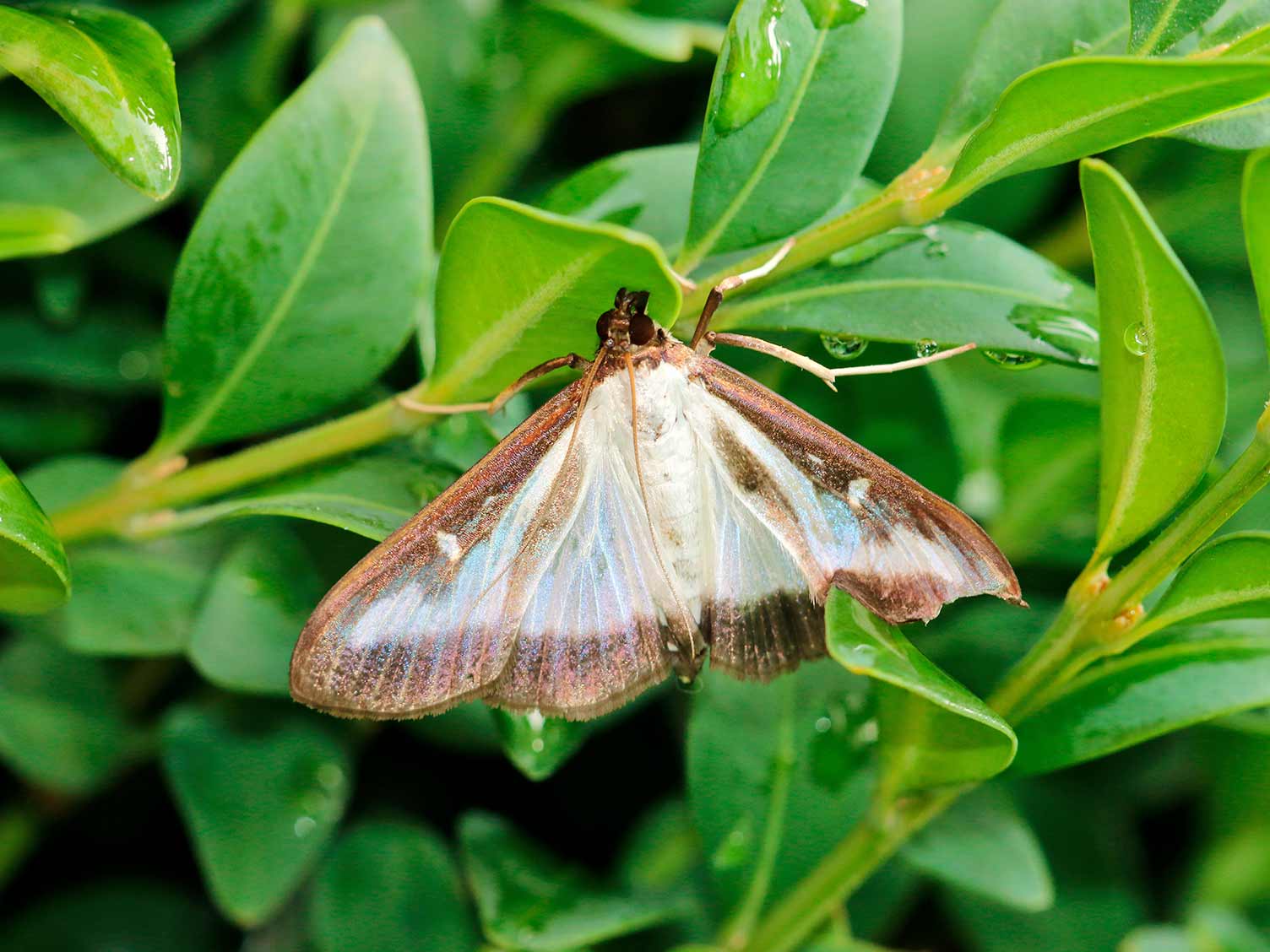 The eggs hatch into caterpillars that have greenish-yellow bodies and black heads. As the caterpillars grow, they develop thick black and thin white stripes along their body and can reach up to 4cm (1½in) in length and spin webbing among the leaves and branches where they feed.

The caterpillars then develop into pupae, which are concealed in a cocoon within the webbing.

Box tree caterpillars only feed on box (Buxus) plants and shouldn’t be confused with other caterpillars.

The caterpillars eat the leaves of box and produce webbing over their feeding area, often causing severe defoliation. Don’t confuse the webbing with the webs of spiders. 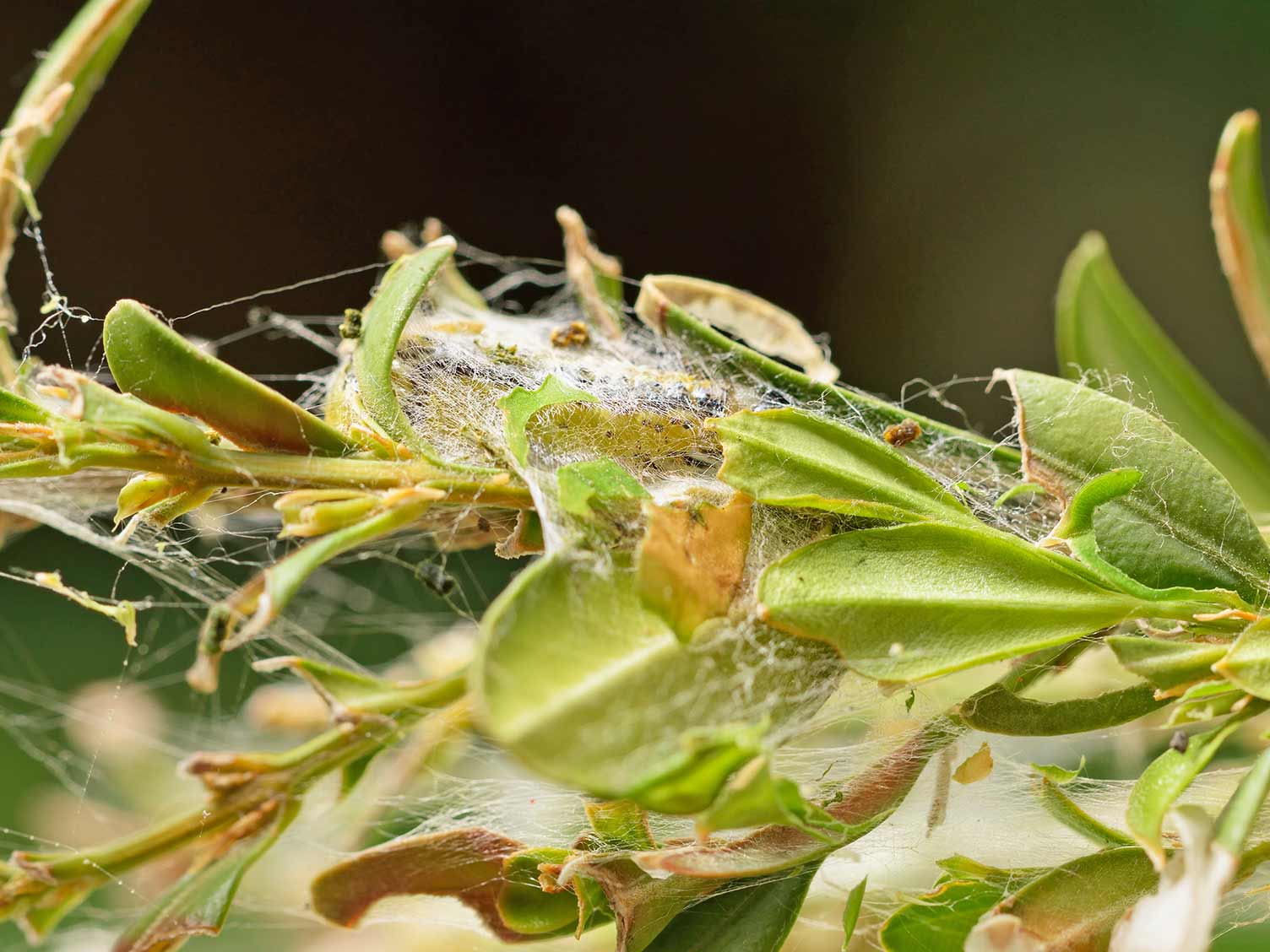 Badly affected plants may also show signs of dieback. This may be especially apparent on plants used for hedging or topiary that are trimmed.

Wherever practical, remove the caterpillars by hand, or prune out stems covered in the webbing and caterpillars and destroy.

Spraying with an insecticide such as BugClear Ultra Gun! may prove useful in their control - a thorough spraying is needed to penetrate the webbing.

Some caterpillar species are serious plant pests – the cabbage white butterfly, for instance, can devastate brassica...

Aphids are the most common of all plant pests and almost every plant can be infested by one or more species.

Whitefly are small winged insects, which fly up in clouds from the underside of the leaves of affected plants when...

Mealybugs can be a serious pest problem of numerous plants, although they are usually only present on plants growing...