Chafer grubs live underground in the soil, where they devour plant roots. They can become a major problem – especially in lawns. They are the larvae of the cock chafer (or Maybug), garden chafer and Welsh chafer.

There are 3 species of chafer grubs, which all look the same – the only difference between them is their size. They have white bodies, brown heads and 3 pairs of legs, close to the head end. When disturbed they curl up into the shape of a ‘C’.

Don’t confuse them with vine weevils.

The chafers (or Maybugs) produce the largest grubs, up to 5cm (2in) long. They live in beds and borders and feed on roots and vegetables. Garden chafer and Welsh chafer grubs are often smaller - upwards of 2cm (¾in) long. They too like roots but restrict themselves to lawns. These succulent grubs provide tasty morsels for birds (rooks, magpies, crows and especially starlings) who can often be seen tearing up patches of grass in their search for them. 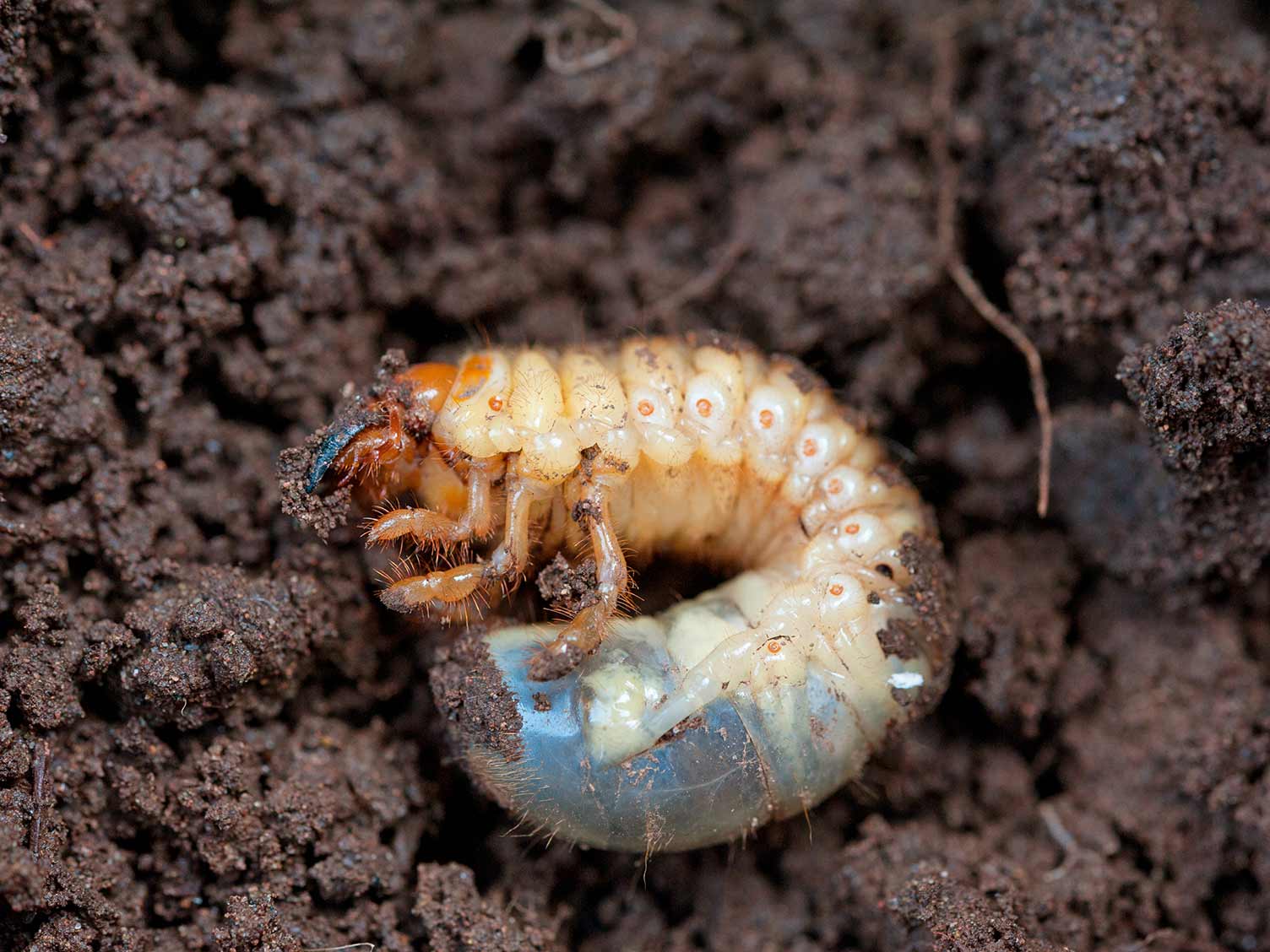 In flower beds and borders, plants wilt and rapidly decline because of their lack of roots. In lawns, yellow patches appear, especially in early spring - and of course flocks of feeding, feathered friends.

Thankfully these grubs are relatively uncommon, because once fully grown they are very difficult to control and the damage they inflict can be considerable.

A pathogenic nematode is available, which can be watered onto the soil. This microscopic worm-like creature enters the grub’s body and releases a killer bacteria. Unfortunately, it is only effective when the weather is warm, and the soil is moist and at a temperature of 12-20°C (54-68°F).

Nematodes are available from a number of mail order biological control suppliers, including Green Gardener.

In beds and borders, infestations are rarely extensive and if the grubs can be seen around the roots they can easily be removed by hand – or on a trowel.

In the lawn, you can revert to the old fashioned method. Water the lawn thoroughly in the evening and cover with blankets, carpet, polythene sheets etc. This will bring most of the grubs to the surface. Then get up at dawn(!), remove the cover and allow the dawn chorus to deal with the problem for you!