When Halloween comes, most you may be heading out at the last minute seeking a pumpkin or two, only to find that they are nowhere to be seen. Bare shelves in every supermarket, except for a sorry little pumpkin at the back – not going to make the best Halloween deco is it? Once again, kicking yourself that you didn’t grow your own back in spring.

To make sure that you’re picking from your future vegetable patch, as opposed to the shelves of the supermarket next year, make a note to grow your own pumpkins. Growing as well as carving pumpkins is great fun for all the family! 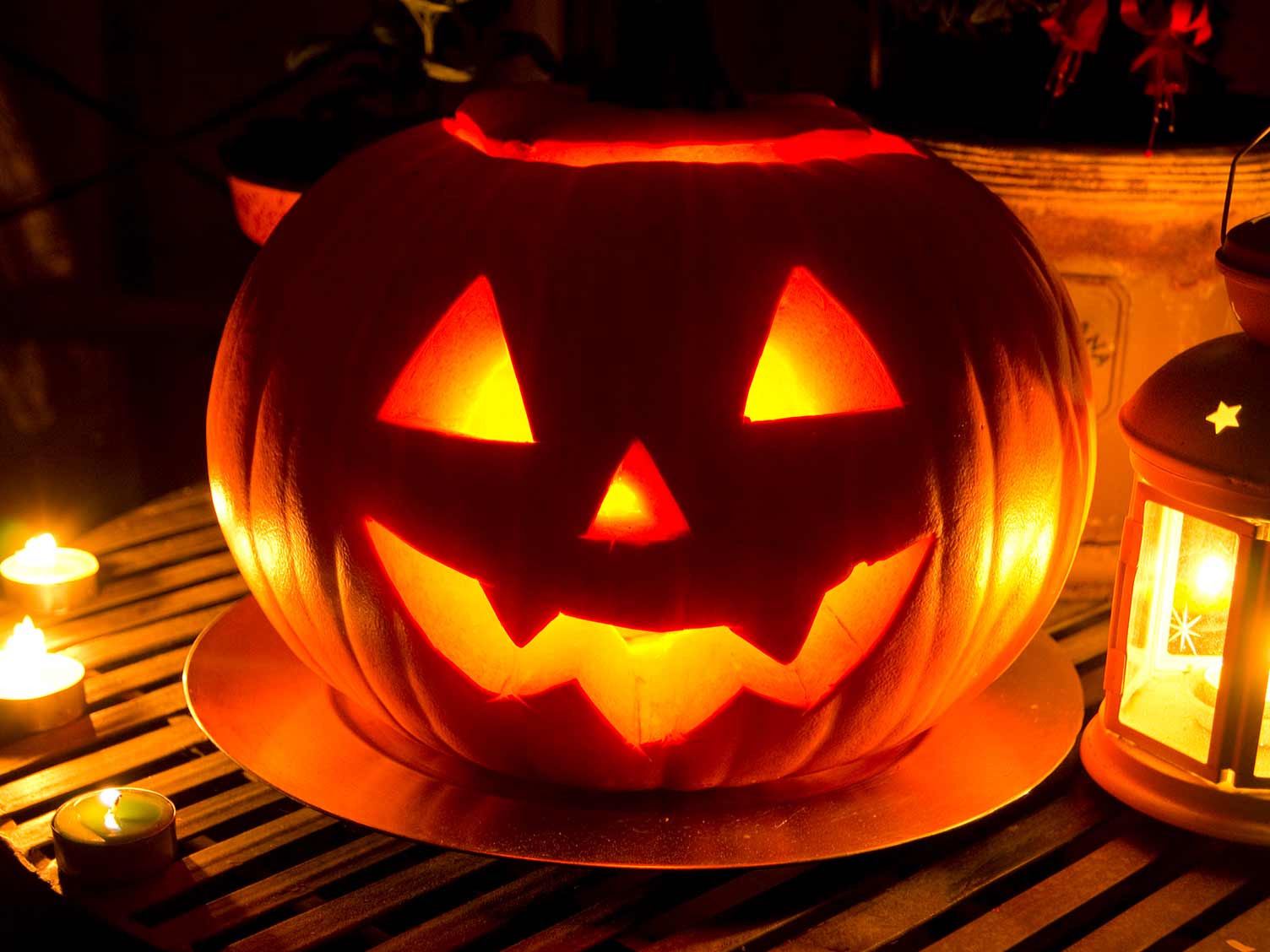 The word ‘pumpkin’ originates from the Greek word ‘Pepon’, which translates to ‘large melon.’ Native Americans introduced pumpkins and squashes to the Pilgrims. Pumpkins were an important source of food during the cold winters, with the pumpkins saving many of the early settlers from potential starvation. It is documented that pumpkins were served at the second Thanksgiving. Today ‘Jack-o-lanterns’, as they are known, are symbolic of harvest celebrations.

Depending on what you want, and how much space you have, pumpkins can vary in size and weight with the monsters reaching weights of more than 500kg (1,000lb)! You can grow smaller pumpkins, such as ‘Windsor’, which only reaches 15cm (6in) in diameter, all the way up to the huge ‘Dill’s Atlantic Giant.’ One of the most common pumpkin varieties is ‘Jack Of All Trades’, which is a traditional pumpkin, perfect for carving and cooking.

When is the best time to grow pumpkins?

While late spring may be dedicated to planting summer flowers, pumpkins need to be planted at this time too. They need warm daytime temperatures of around 18-30°C (65-86°F), with lows of 16°C (60°F) at night.

Where is the best place to grow pumpkins? 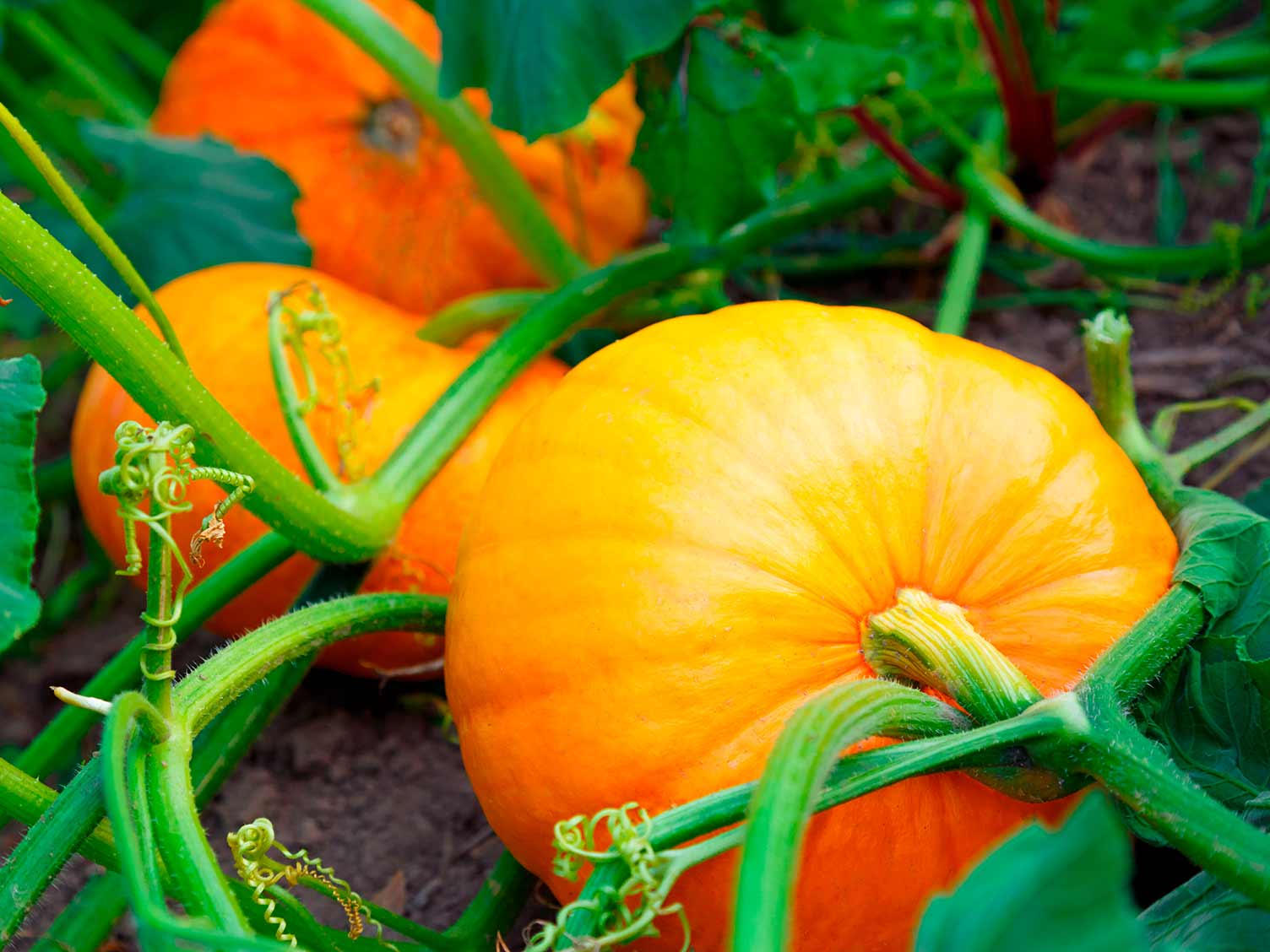 Pumpkin seeds can be sown as early as April and May indoors with heat and then transplanted outside after the temperature has warmed up.

If you want to wait and sow your pumpkins seeds directly outside, you will need to wait until the end of May or early June.To give them the best start, begin them under cloches.

Or you can buy young plants, ready to plant outside in late May or early June, after the last frosts.

In terms of harvesting, leave the pumpkins until the outer skin has hardened and the fruits starts to visibly crack near the stem. Preserving your pumpkins will ensure your pumpkin displays last all through the Halloween season.

How can I grow my own pumpkins?

Begin by sowing the seeds on their side in small pots of compost, approximately 2.5cm (1in) deep. Seal the pots inside a plastic bag and keep at around 30°C (85°F) for 5-7 days to germinate. Next, grow for approximately 4 weeks so that they are large enough to be transplanted in the garden. The process of allowing the pumpkins to adjust to the new outdoors condition must be gradual – between 7-10 days before transplanting.

The soil must be well drained, but moisture retentive, warm and in sunlight, plus sheltered from strong winds. Planting distance can range from 90cm (3ft) to 3m (10ft) dependent on variety. It is a good idea to plant each pumpkin plant on top of a mound of soil to ensure sufficient drainage. A few weeks after planting, feed with a high potash fertiliser to encourage flowering and fruiting. Remember, Caring for your pumpkins is very similar to some other vegetables.

What can I use pumpkins for? Pumpkin pie! 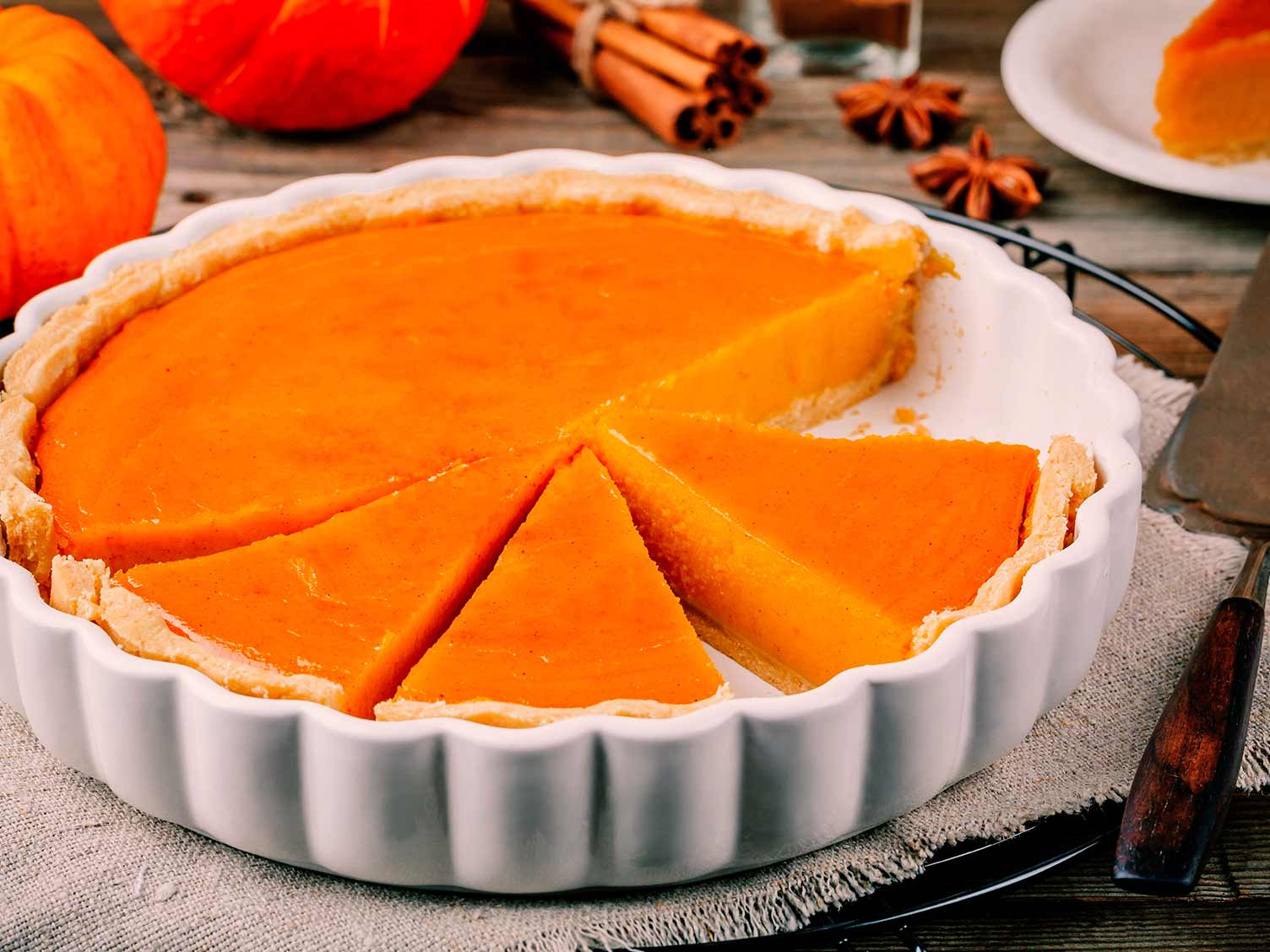 There are many uses for pumpkins – from cooking to decorating (the Pilgrims even made pumpkin beer). Below is our favourite recipe for Pumpkin Pie served with a splash of sherry and presented in a hollowed-out pumpkin for you to enjoy.

You can do so much with pumpkins: pumpkin pie, pumpkin bread, pumpkin spice latte - there’s so many great pumpkin recipes available (remember: the pumpkin seeds can be used for cooking as well). As well as eating and drinking your pumpkins, you may wish to use them for decorative purposes.

How to grow pumpkins

Delicious in pies, soups and stews, and full of vitamins and minerals, pumpkins are a tasty autumn and winter treat.

Pumpkins aren’t only for Halloween carving, they are a very tasty and useful vegetable. They can be stored for months...

When you think of Halloween, pumpkins are normally the first thing that you associate with this celebration. They have...