Crassula ovata is the botanical name of the plant commonly referred to as the ‘money plant’ - although it is also known as the ‘jade plant’. There are several other plants that are commonly called the money plant, including Epipremnum aureum (also called ‘devil’s ivy’), Lunaria annua (more commonly called ‘honesty’) and Pilea peperomioides.

Crassula ovata is sometimes listed as Crassula argentea and is a tender evergreen succulent, which is mainly grown as a houseplant. It bears attractive rounded, fleshy, glossy, jade green leaves. These may develop a red tinge around the edges when grown in high light levels. The new stems have the same colour and texture, becoming brown and woody as they age and the plant grows larger.

Plants may flower in summer, but they rarely do.

How to grow crassula ovata

Indoors Crassula ovata prefers a brightly lit position, preferably a south-facing or west-facing aspect, but it will grow in darker conditions. >It can be moved outside to a warm, sunny patio in summer - but make sure you bring it back indoors before the weather turns cold in early autumn.

Crassula ovata needs a reasonably well-drained compost, so either add extra grit to a John Innes Compost or, better still, use a compost specifically recommended for cacti and succulents.

When planting, either add extra grit to a John Innes Compost or, better still, use a compost specifically recommended for cacti and succulents. Add a topdressing of gravel or pebbles on top of the compost to produce a natural, finished look and to help reduce evaporation. 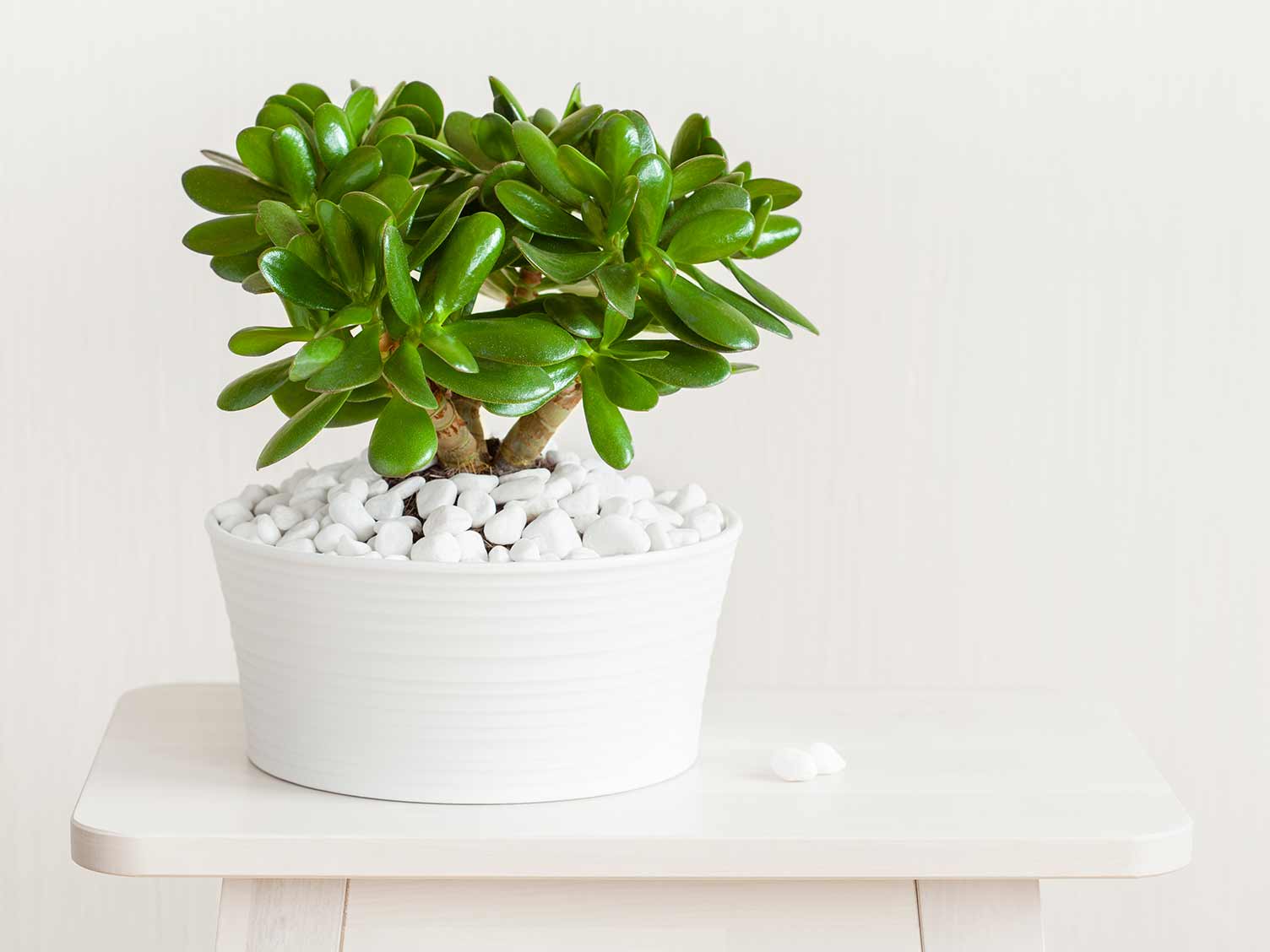 How to care for crassula ovata

Water moderately when plants are in growth (April to September), but more sparingly when dormant (autumn and winter) - once or twice a month may be sufficient. Allow the soil to dry out slightly before watering again. Being a succulent, Crassula ovata can go a long time without water - but it grows best with water when growing.

Feed with a balanced liquid feed 2 or 3 times during the growing season from late spring to late summer.

Crassula ovata may be susceptible to the following problems: overwatering and sun scorch