It’s not only Popeye that likes spinach. It is now a popular salad leaf, as well as a cooked vegetable and can be grown all year round. Spinach beet is similar, and often crops better than spinach.

How to grow spinach and spinach beet

True spinach prefers dappled shade and can even be grown between other taller plants. Plants grown for winter crops will need a sunny position. Spinach beet prefers a sunny spot.

They need a fertile, deep soil with lots of added bulky organic matter to hold plenty of soil moisture, and help prevent the leaves tasting bitter. Spinach can run to seed prematurely (called ‘bolting’) if the soil dries out.

True Spinach Sigmaleaf is one of the varieties that will grow a summer crop and can also be sown again in autumn for a winter crop. For attractive red stems and veins, try Bordeaux. Fiorana is less prone to running to seed. 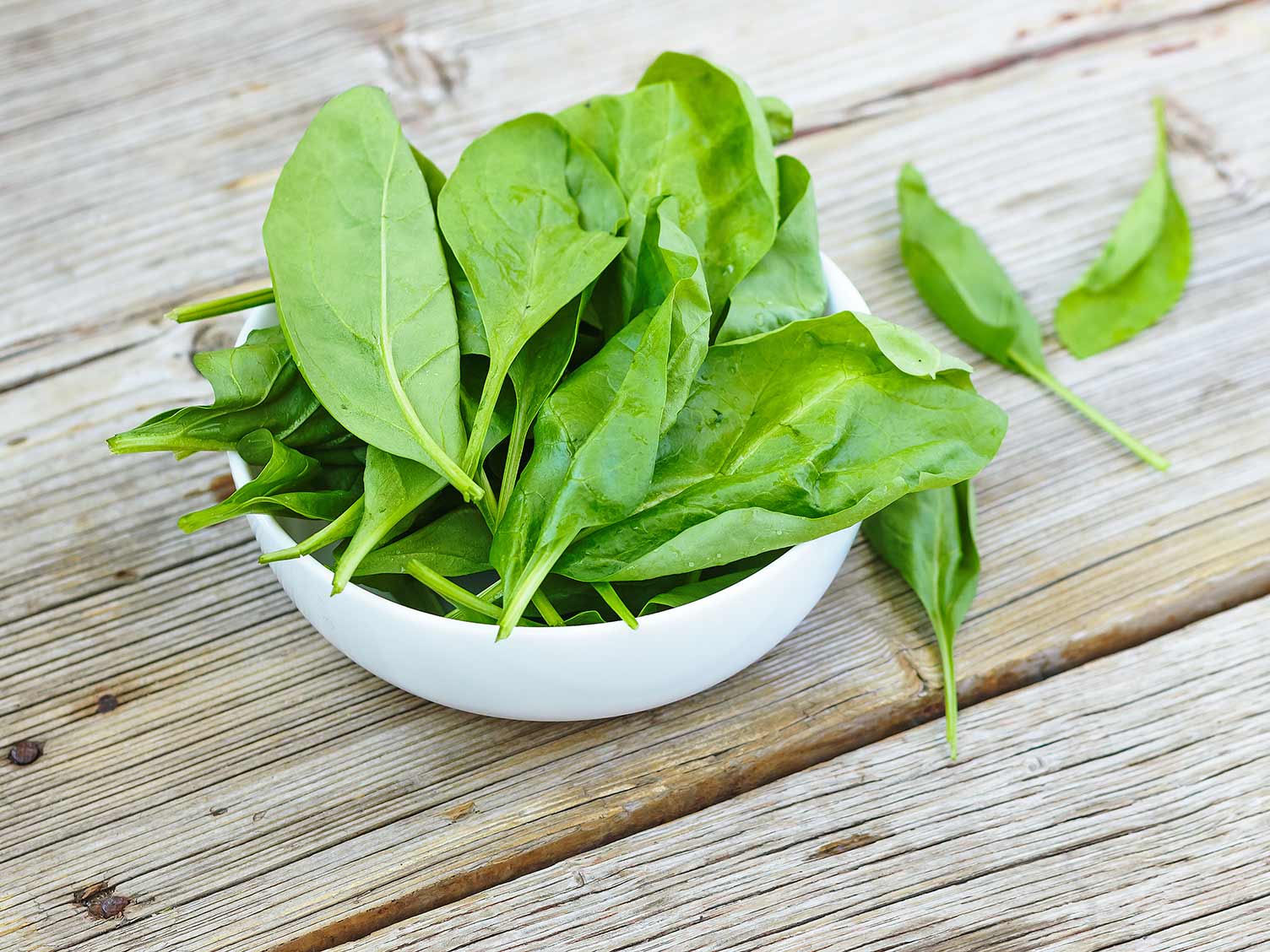 Sow seeds very thinly in a shallow drill about 13mm (½in) deep and space them 10cm (4in) apart. Cover with soil and water in well.

When the plants are 20cm (8in) tall and have produced some useful leaves, pull out alternate plants for kitchen use.

How to care for spinach and spinach beet

Keep the plants well watered at all times, especially in summer, and during the summer feed with a liquid plant food every fortnight.

Plants grown for winter cropping will need protection from frost and cold from October onwards. Cover the plants with cloches.

After plants have been thinned, carefully pinch off outer leaves as they become large enough for the kitchen. Don’t yank the plant or you will disturb the roots and hamper future growth and harvests.

Continuous picking is beneficial for producing fresh young leaves that are not bitter.

Potatoes (Solanum tuberosum) are tubers that grow and form at the plant’s roots.

What’s not to love about broccoli? Part of the cabbage family, it is low in calories, high in vitamins A and C and high...