Yuccas are grown for their ornamental evergreen, sword-shaped leaves and large panicles of white or creamy-white flowers in late summer and autumn.

There are several species commonly grown - some are hardier than others. Yucca filamentosa, Yucca flaccida and Yucca gloriosa are among the hardiest and commonly grown outside in the garden. Others, such as Yucca elephantipes, are not as hardy and are grown as houseplants.

How to grow yucca

Yuccas prefer a brightly lit position, preferably a south-facing or west-facing aspect, but they will grow in slightly less well lit conditions. They can be moved outside to a warm, sunny patio in summer - but make sure you bring them back indoors before the weather turns cold in early autumn. 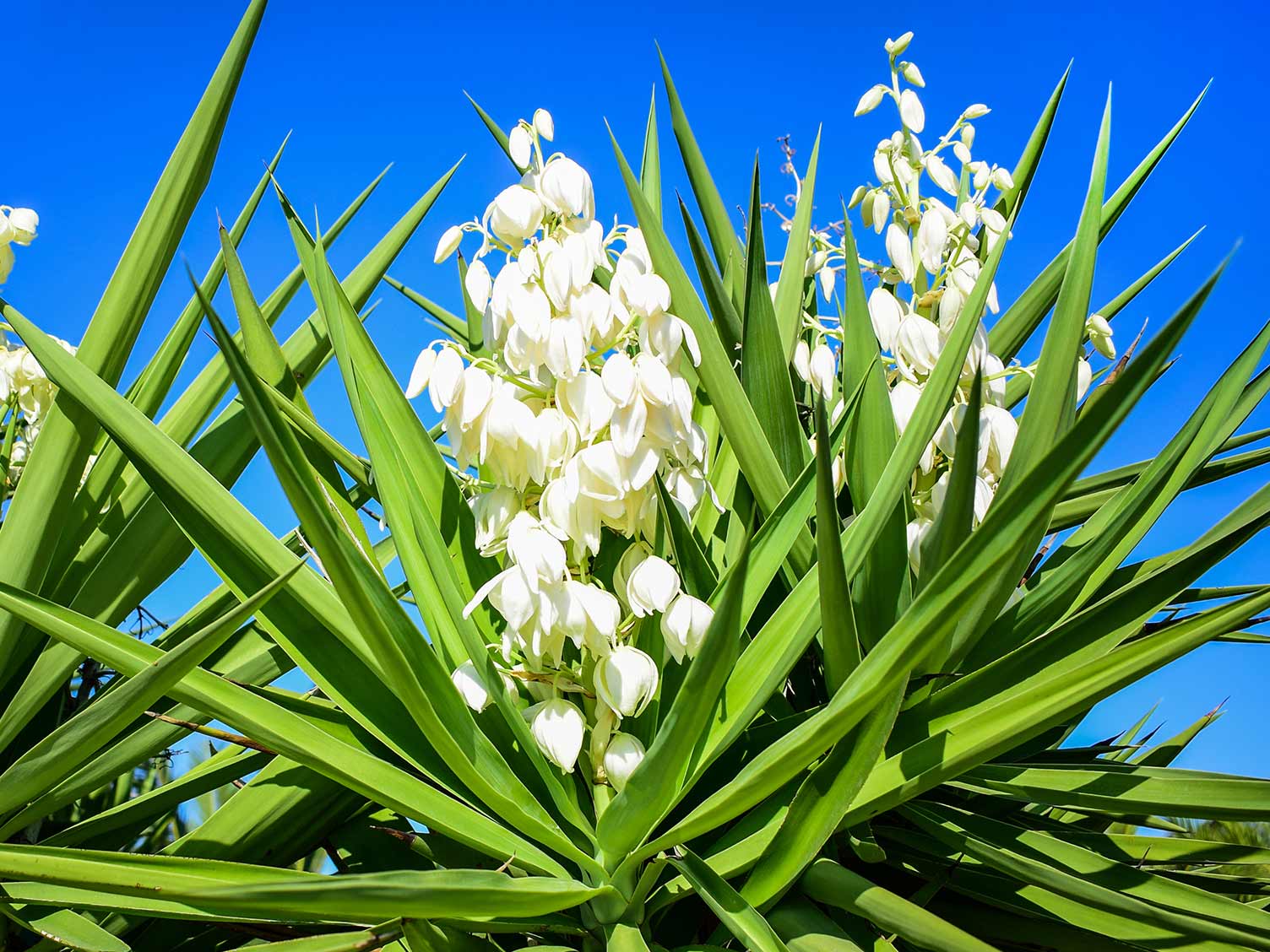 Yuccas will grow in most good multi-purpose composts or a John Innes Compost.

Dig over the soil thoroughly and add lots of bulky organic matter, such as planting compost, to break up heavy soils and help ensure good drainage.

How to care for yucca

Water indoor plants moderately when plants are in growth (April to September), but more sparingly when dormant (autumn and winter) - once or twice a month may be sufficient. Allow the soil to dry out slightly before watering again.

Feed with a balanced liquid feed every few weeks during the growing season from late spring to late summer.

Outdoors, yucca plants planted in the ground need very little care and attention. Once established, it’s unlikely plants will need watering. Feed once a year with a controlled-release feed applied in spring.

Remove lower leaves as they turn brown. Be careful of the leaves as they have strong spikes at their tips, which can cause severe pain - and be especially careful of your eyes; protective goggles are a good idea.

When flowers in the flower spikes have died, cut down the flowering stem to its base where it joins the main part of the plant.