Carpets of bluebell flowers in woodlands are one of the most glorious sights of the British spring landscape - but bluebells are also wonderful plants for gardens. They’re easy to grow. In fact, bluebells grow so readily and spread so quickly they can become too widespread if left to self seed.

Over the years, the poor bluebell has been given numerous different botanical names, including Endymion and Scilla, but is now regarded as Hyacinthoides.

How to grow bluebells

Bluebells grow well in either sun or partial shade, but do better out of direct, strong sunlight. They prefer a humus-rich, moist, but well-drained soil that doesn’t dry out in summer. 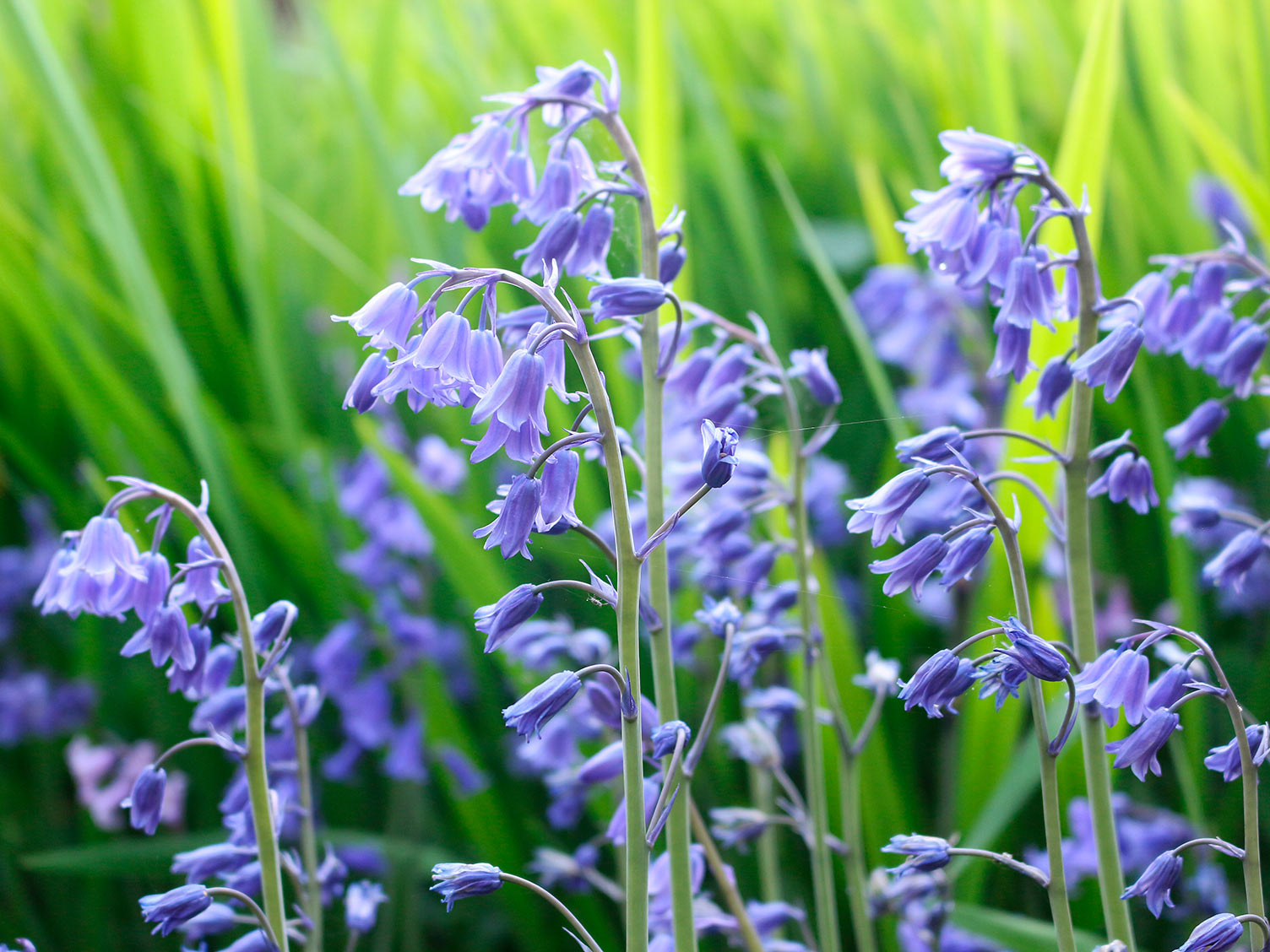 Hyacinthoides non-scripta is the common blue-flowered bluebell, but a few other varieties are also available; Alba has white flowers and Rosea has pink ones.

Bluebells are best planted in shady areas – around trees or underneath shrubs – where the cool conditions intensify the flower colour.

Plant the bulbs 7.5cm (3in) deep, 10-15cm (4-6in) apart in autumn in well-prepared soil with lots of added bulky organic matter dug in. This will help prevent the soil drying out in summer. Potted bulbs are also available in spring.

How to care for bluebells

Once planted, hyacinths can be more-or-less left to their own devices. They rarely need watering when growing in the ground, unless the soil dries out during prolonged dry periods in summer.

Allow the foliage to die down naturally after flowering. It is a good idea to remove the faded flower spikes before they set seed to prevent the plants self-seeding and spreading where they aren’t wanted.

Bluebells are rarely troubled by any pests or diseases.