The power of scent is an important one. Here at Love The Garden we’ve put a little science to the test and ask: are roses losing their smell?

The power of scent

Scents have strong psychological effects; just look at the power of pheromones. Flowers are not just for Valentines Day. Scent can boost mood, trigger memory and cause attraction - something the perfume industry figured out early on.

Scent also plays an important part among the plant kingdom with flowers that emit fragrant and aromatic scent attracting more pollinating insects. Scent is critical to both the ecosystem as well as the flower industry.

Why it’s hard to smell the roses

For most of us, we lean towards a flower that catches our eye instinctively. However, get a whiff while you can – as it’s getting harder to do so. Biochemists have proved that air pollution inhibits the distance that a flower’s fragrances can travel. This is a result of air pollution from the likes of cars and factories destroying the fragrance of flowers and, as a result, inhibiting the ability of pollinating insects to trail scents to their source. This could explain partially the decline of bees and butterflies (particularly bumble bees), which need nectar to survive.

“The scent molecules produced by flowers in a less polluted environment, such as in the 1800s, could travel for roughly 1,000 to 1,200 meters; but in today’s polluted environment downwind of major cities, they may travel only 200 to 300 meters,” said Jose D. Fuentes, a professor of environmental sciences at the University of Virginia. “This makes it increasingly difficult for pollinators to locate the flowers.”

As well as air pollution, there are some neonicotinoid​ pesticides contributing to the endangerment of bumble bees and other species. Contact pesticides that are sprayed on to plants can kill bumble bees when they crawl over the sprayed surface of the plant. While systemic pesticides are incorporated into the soil or seeds of the plant and move up into all areas of the plant internally including the stem, leaves, nectar, and pollen.

It is important to note that not all pesticides have this effect. There are many pesticides that do not contain three neonicotinoid-based ingredients affected by the European Commission plan to better protect bees, and remain fully approved for use. It is highly recommended that you follow these application practices when using pesticides so you can be safe in the knowledge you are not harming bees or other insects. Always read the label and product information and follow the instructions.

Spray early in the morning or in the evenings, as this is when bees are less likely to be foraging. Avoid spraying open blooms.

Why diminishing scent is a problem

We are left in a vicious circle in which pollinators such as bees struggle to locate food to maintain their population, while groups of flowering plants do not get pollinated sufficiently in turn, and cannot proliferate and diversify.

As much as one-third of the food we consume comes from pollinated crops, so the shortage of bees could equal the short supply of certain foods. 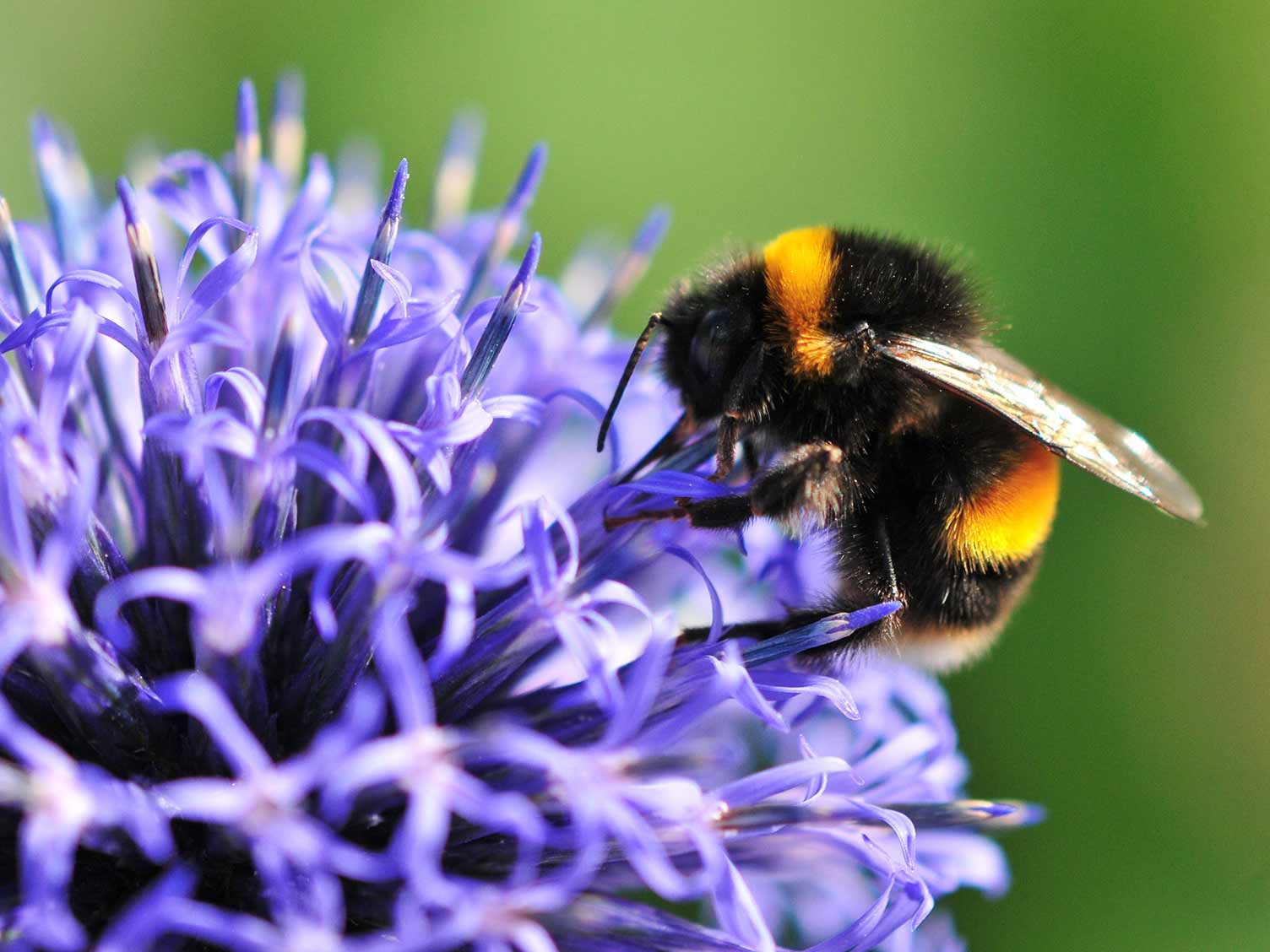 Scientists calculated scent levels and the distance that scents can travel. Different conditions were imposed, from somewhat unpolluted pre-industrial levels, to the conditions normal in rural areas near large cities.

“It quickly became apparent that air pollution destroys the aroma of flowers, by as much as 90% from periods before automobiles and heavy industry,” according to Fuentes. “And the more air pollution there is in a region, the greater the destruction of the flower scents.’

Scent molecules usually travel effortlessly through the air, but pollutants are breaking them up, which in turn destroys the smell. Researchers found that the odours responsible for attracting insects are travelling a mere one-third of their original distance.

What can we do about the disappearing aromas?

We will miss the flowery scent, but bees rely on it. These disappearing aromas caused by fumes from cars and factories pumping pollutants in to our air are causing an array of problems to our planet.

According to Dr Feuentes, “one specific action that we can take is to really work towards having a very clear environment.”

Some scientists are attempting to genetically modify the scent of flowers and embed scents in those that do not. The genetic moderation will also benefit the flower industry.

“Many flowers lost their scent over many years of breeding. Recent developments will help to create flowers with increased scent as well as producing new scent components in the flowers” says researcher Alexander Vainstein.

By knowing your pesticides and knowing what you can do to reduce air pollution can help the bumble bees survive and keep smelling the roses!