Celery used to be considered as a bit of a difficult crop to grow. But modern, self-blanching varieties make it much easier and, providing celery is grown well, it will be sweet, succulent and delicious – with that typical celery ‘crunch’.

Celery is an essential ingredient of soups, salads and as part of the base with onions for several Mediterranean dishes. Celery hearts are especially tasty and can be eaten raw or braised.

If you have the time, then have a go at growing the older, trench varieties, as they tend to have an even better flavour. Otherwise, stick to self-blanching varieties.

How to grow celery

Celery grows and crops best in a warm, sunny position. It needs a moist, fertile soil enriched with lots of organic matter, which holds plenty of moisture in spring and summer, and never dries out. It is usually a good idea to grow it over a trench filled with plenty of organic matter, especially on light, well-drained soils. 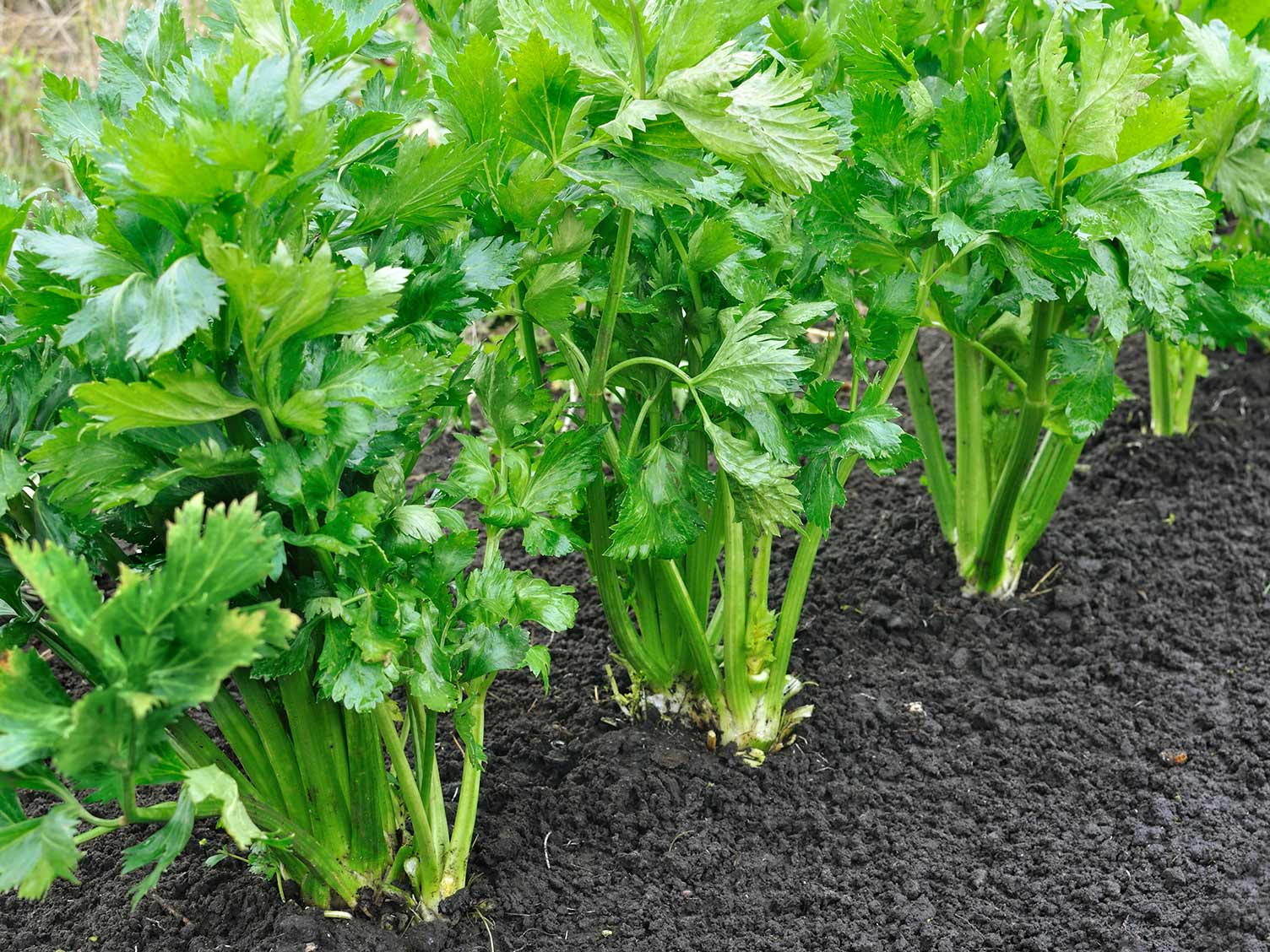 Sow celery seeds in March and April in seed trays, cell trays or pots filled with a good seed sowing compost and germinate at a temperature of 15-18°C (59-64°F).

Make sure seedlings grow strongly at a temperature of around 10°C (50°F) and don’t receive a check to growth by irregular watering or widely fluctuating temperatures.

When the seedlings are large enough to handle, transplant them individually into 7.5-9cm (3-3½in) pots or large module or cell trays.

Plants will be ready to plant outside when they are 7.5cm (3in) tall or have produced 5 or 6 leaves.

Ensure plants are thoroughly hardened off by growing on in cooler conditions for 10-15 days, before planting out after all risk of frost in late May or early June.

Plant out young celery plants 23-25cm (9-10in) apart in well-prepared soil and water in thoroughly. Plant self-blanching varieties in a block, rather than in rows, to allow the plants to shade each other and to help improve blanching.

How to care for celery

Water the soil or compost regularly, especially during hot dry weather, to prevent any check to growth.

Add a thick mulch of organic matter around the base of the plants to help conserve soil moisture and reduce weed growth. A light dressing of a high nitrogen plant food once the plants are established will help improve cropping.

Feed fortnightly with a balanced liquid plant food during summer – especially for plants growing in containers.

If you’re growing trench varieties, they will need blanching. From mid-summer wrap the plants with corrugated cardboard, plastic pond liner or a similar light-proof material and tie it loosely around the plants. Gradually mound up the surrounding soil around the stems. By September, this should be completed so only the foliage tops are showing.

Self-blanching celery is ready to harvest when large enough, when the stems reach around 30cm (12in), from August onwards. Use a garden fork to lift them. Make sure they are harvested before the first autumn frosts.

Trench varieties are generally hardier and are harvested later.