Forget the hard, green bullets you often buy in shops for cooking with, dessert gooseberries have rich, sweet, and juicy flavours. Gooseberries are easy to grow and can often be pretty much left to their own devices.

But a little care and attention and some annual pruning will produce bumper crops of tasty fruit.

How to grow gooseberries

Gooseberries aren’t too fussy about situation. They love a sunny position, but will also grow and fruit very well in shade and other awkward positions in the garden. They will also tolerate a more exposed position than most other soft fruit.

They need a moist, but free-draining soil that doesn’t become waterlogged in winter. It will pay dividends to improve the structure of all soils by adding lots of organic matter, such as compost or soil improver. This is particularly the case with clay soils, where it will improve drainage, and on light sandy soils, where it will increase its moisture-holding capacity.

Gooseberries are divided into cooking and dessert varieties, although most are dual purpose and all taste sweeter when left to fully ripen on the plant. The fruit is also available in four different colours – green, red, white and yellow. The following are all good dessert varieties, except Careless, which needs cooking.

Invicta and Rokula have some resistance to American gooseberry mildew disease. 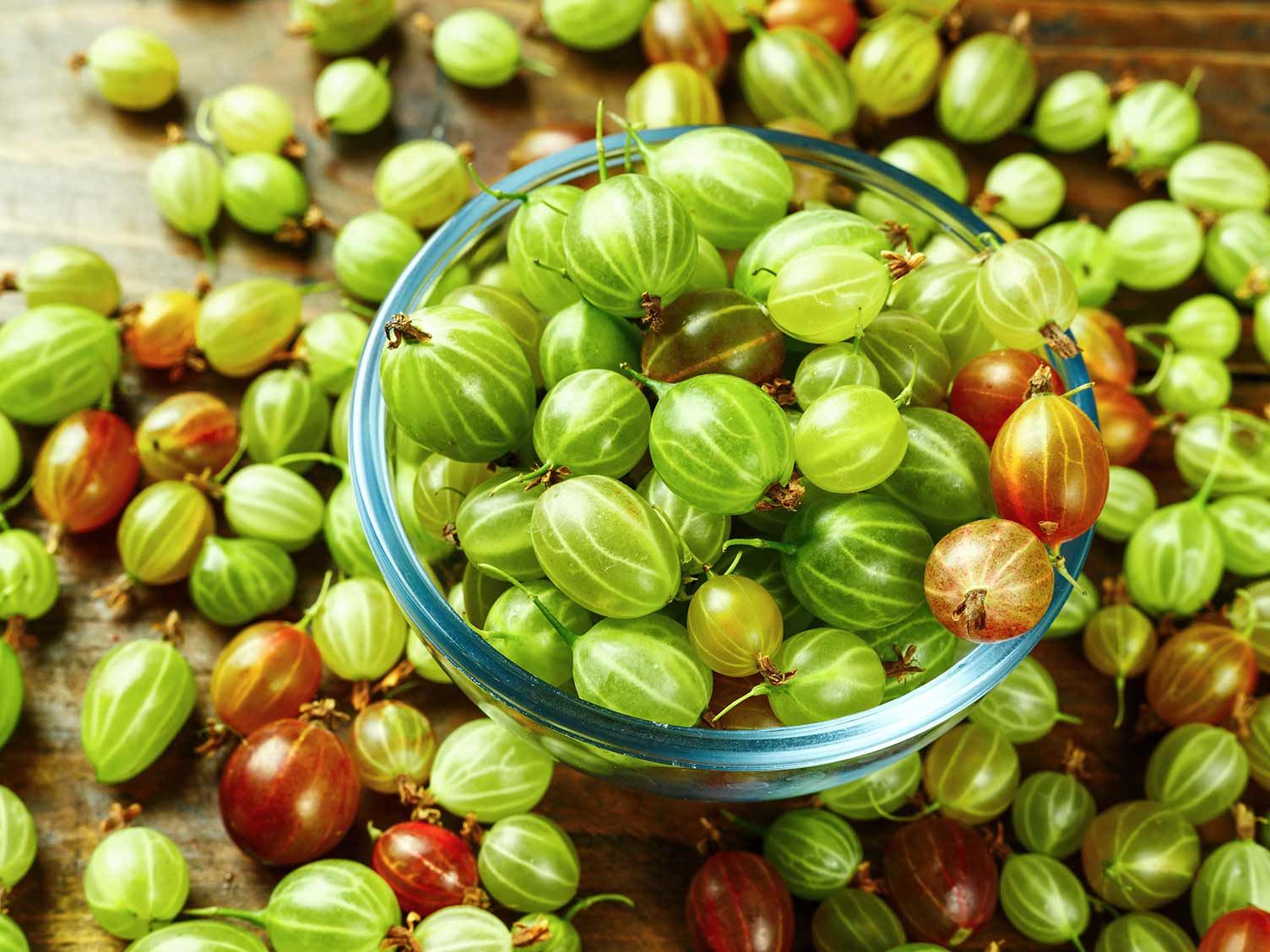 Plant bare-root gooseberry bushes in winter. November or December are best, although it can be done right up to the end of February, whenever the soil isn’t frozen solid or waterlogged. Container-grown bushes can be planted at just about any time of year.

Gooseberry bushes should be planted around 1.5m apart (5ft). They fruit on older wood and on the base of young wood, and can even be trained into cordons and fans against walls or fences if space is tight.

Dig a hole 60x60cm (2x2ft) and 30cm (1ft) deep. Add a layer of organic matter into the base of the hole and dig in. Place the roots of the gooseberry bush in the planting hole at the same depth as they were originally growing, so that the old soil mark is at soil level.

Now mix in more soil improver to the soil and fill in the planting hole. Add a general granular plant food and water in well. Finally, add a 5cm (2in) deep mulch of well rotted garden compost, bark or other bulky organic material around the root area.

Gooseberries grow and crop perfectly well in a large pot or other container. You will need a pot of at least 30-38cm (12-15in) in diameter, filled with a good quality potting compost. Obviously, plants in containers will need regular watering and feeding throughout the growing season to ensure good results and a large crop.

How to care for gooseberries

Water the newly planted bushes during the first year if the weather is dry. In subsequent years, watering when the fruit is swelling may be needed if the soil is not already moist.

For maximum crops, feed each year in March with a suitable granular plant food, and top up the mulch to retain soil moisture at the roots.

Covering plants with netting will protect the fruit from birds and may also help prevent damage from gooseberry sawfly caterpillars.

A few weeks before they are ripe, remove alternate fruit and use them for cooking. Leave the remaining fruit to ripen on the plant, but don’t leave them until they become too soft. The fruit tastes delicious straight from the bush, but it can also be frozen. You can expect a yield of about 5kg (11lb) from each gooseberry bush.

Blackberries are easy to grow and produce lots of luscious, tasty and juicy fruit with very little work and care.

By Lucy Pitts, Garden Enthusiast The evenings may be dark and damp and spring probably still feels a long way off, but...