Growing and eating kale, or borecole, has never been more popular. It is now regarded by many as a superfood – and is even an ingredient in smoothies! Recent plant breeding has improved its flavour, making it sweeter and less bitter than older varieties.

It has lots of benefits for the gardener too. It tolerates cold weather and frost better than many other brassicas and isn’t usually troubled by the scourges of brassica growers – pigeons, clubroot and cabbage root fly.

Many kales are also colourful and attractive additions to the winter vegetable garden – especially the curly-leaved varieties. Grow the black-leaved and red-leaved varieties in containers on the patio, which will make it more convenient to pick them too in cold weather.

How to grow kale

Kale prefers to be grown in an open, sunny position, but it will also crop well in a semi-shaded place. It needs a fertile, deep soil, that is preferably alkaline, with lots of added bulky organic matter. If your soil is acidic or neutral, add garden lime before sowing or planting out.

There are four main types of kale:

Curly kale seeds and plants are the most readily available – you may have to search for seeds of the other types. 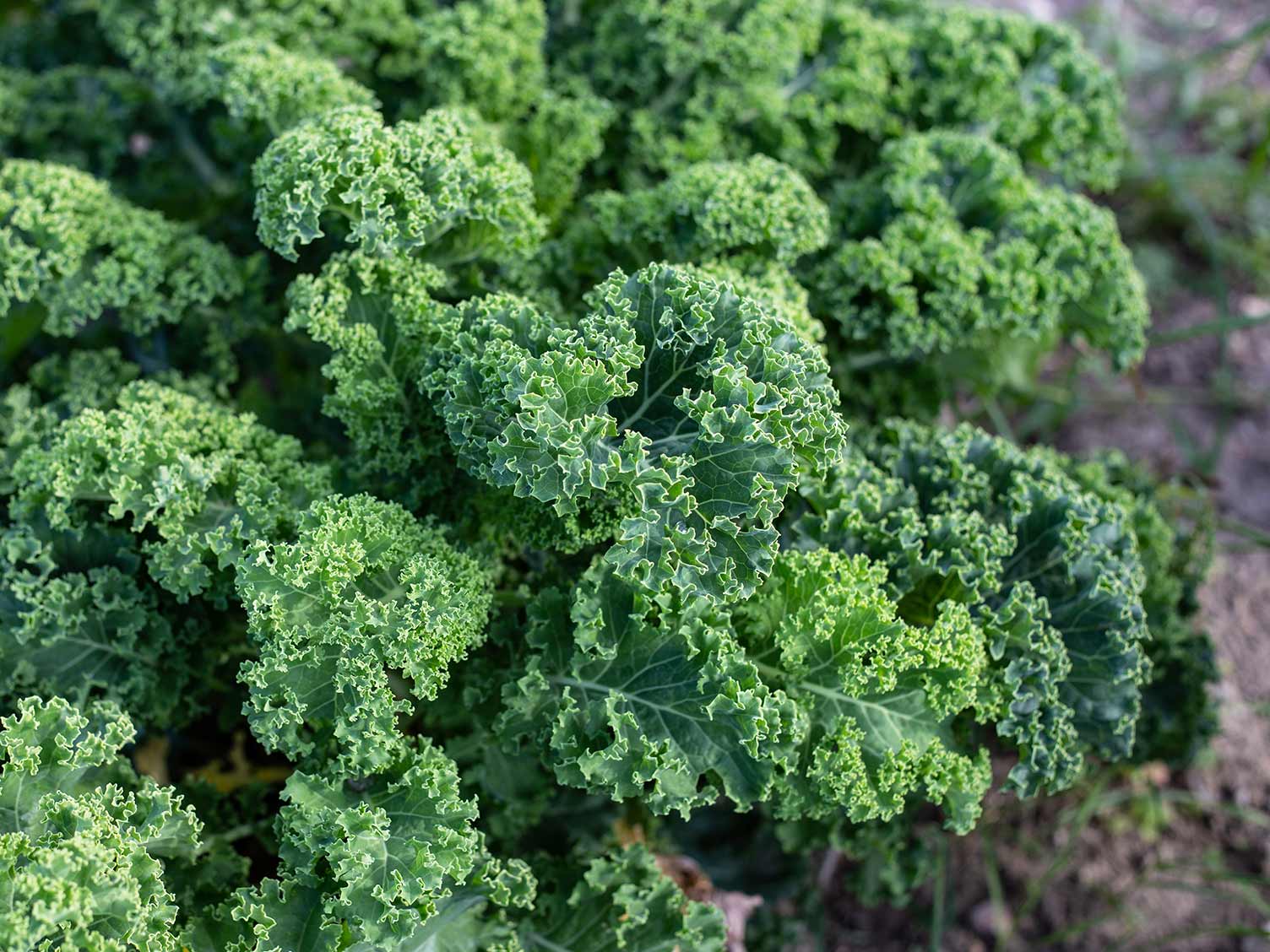 For best results, sow seeds thinly in a separate seed bed in rows 15-23cm (6-9in) apart in a shallow drill about 13mm (½in) deep from March to May. Cover with soil and water in well.

For an early crop sow under cloches in pre-warmed soil, and sow in June for a later crop.

For a very early crop in late summer or early autumn, sow indoors in cell trays in a heated propagator or on a windowsill in late January/February.

How to care for kale

When the young plants have 5 or 6 leaves, carefully lift and transplant them to their final growing position. Improve the soil first with some organic matter and a general granular plant feed. Space plants 45cm (18in) apart. Firm the soil well around each plant afterwards and water in thoroughly.

Water plants well during periods of dry weather and cover the soil with a mulch to conserve soil moisture. Occasional feeds with a liquid plant food through summer will improve the crop.

Start to remove young leaves from the top of the plant from October onwards. For the best flavour, pick the leaves when they are young and tender.

Sideshoots are formed after the main crown is harvested and these are ready for use from February to May; pick shoots that are 10-15cm (4-6in) long and still young.

The radish is an edible root vegetable of the Brassicaceae family that was domesticated in Europe in pre-Roman times...