Both marjoram and oregano are versatile and essential herbs that good cooks will always have to hand. They are perennial herbs and a plant of each will provide lots of tasty leaves – and even their colourful flowers – for cooking.

Marjoram and oregano are both very attractive garden plants, especially when flowering, and there are also varieties with golden coloured leaves.

The commonly grown marjorams are sweet marjoram (Origanum majorana) and pot marjoram (Origanum onites); oregano is Origanum vulgare. Both are popular in Italian, Greek and Mexican dishes, soups, stuffings, pasta and tomato sauces and to flavour oils and vinegars.

As for tastes, most marjorams have a more delicate, sweeter flavour than the stronger tasting and pungent leaves of oregano, which have a definite spicy taste. Oregano is typically used to flavour foods that already have strong flavours. Marjorams provide background flavours rather than dominant ones, and most people say that sweet marjoram is the best marjoram for cooking purposes. Because of its strong taste, many dried oreganos bought in shops also contains some marjoram.

As marjoram and oregano are natives of the Mediterranean, they need a warm, sunny position. They are fairly drought tolerant and need a well-drained, humus-rich, preferably alkaline or neutral, soil.

As plants can be killed by overly wet soils, and if your soil is heavy, poorly draining clay, marjoram and oregano are perfect for growing in containers of John Innes No.2 compost or multi-purpose compost with added John Innes. 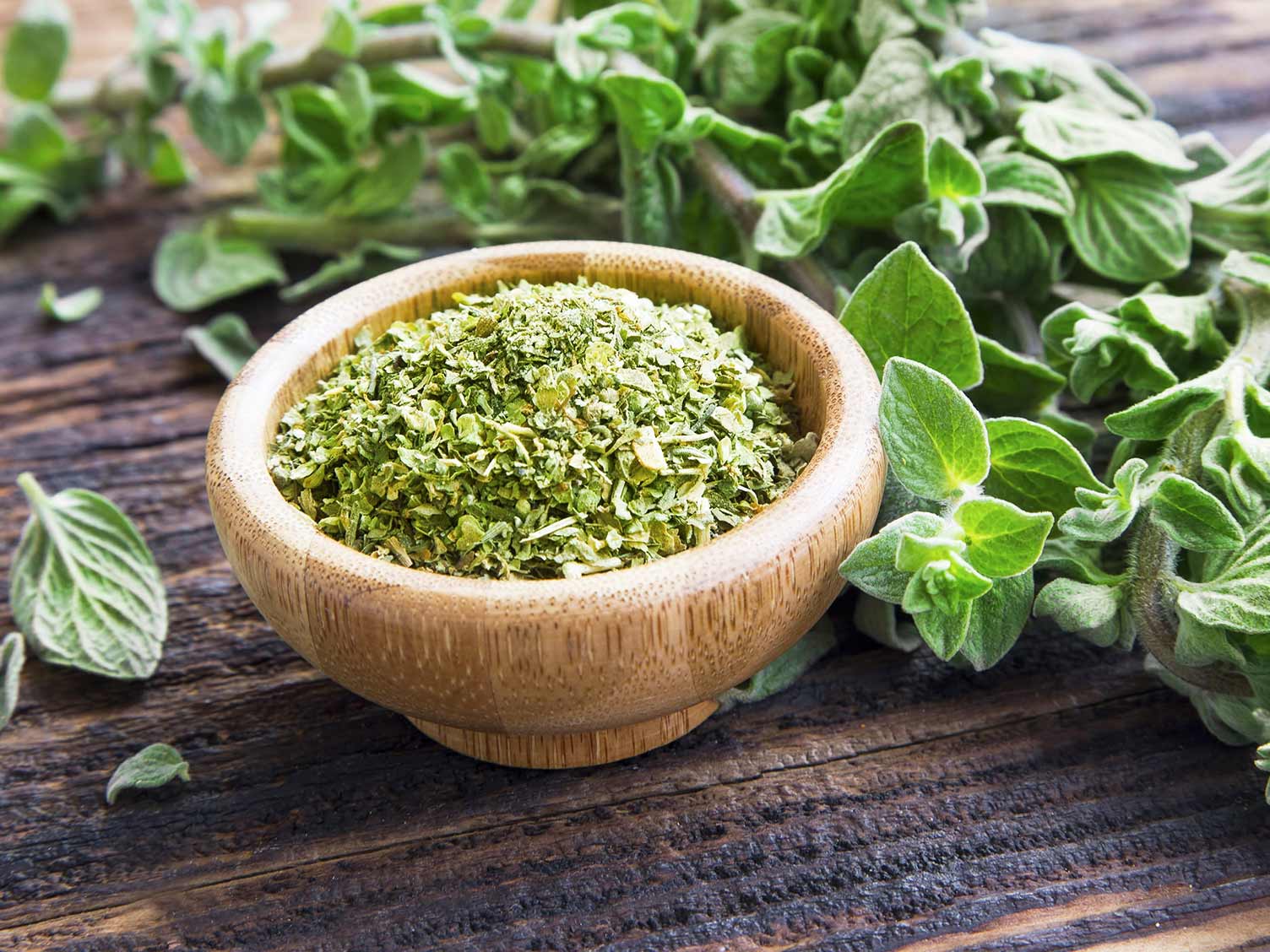 You can grow both marjoram and oregano from seed. Sow seeds indoors from February to May with warmth – preferably in a heated propagator – in small pots. When seedlings are large enough to handle, prick out 3 into an 7.5-9cm (3-3.5in) pot of multi-purpose compost with added John Innes.

Grow indoors until early summer or until all danger of frost has passed, then plant outdoors.

Plant small plants in very well-drained soil, with added compost and/or grit to improve drainage. Although plants are fairly drought tolerant when established, they need watering in until well established.

Add a mulch of horticultural grit or gravel around plants to prevent moisture sitting at the base of the plant.

How to care for marjoram and oregano

Once established, plants in the ground will rarely need watering, apart from when growing in very light soils or during very prolonged periods of dry or drought conditions in summer.

Water plants growing in pots regularly, but avoid overwatering or the roots may die. Raise pots off the ground in winter to aid drainage. Give plants a liquid feed during summer to improve growth and flavour.

Keep the plants compact and bushy by trimming them back after the flowers fade. Also cut back any dead stems to their base.

To ensure winter harvests of leaves, place potted plants in a well-lit position under cover. You can divide older plants in spring or after flowering in late summer.

Marjoram and oregano can be picked all year round, but the flavour is strongest during summer. Pick the leaves before the flower buds open.

Marjoram leaves are generally used fresh, whereas those of oregano can also be dried or frozen and stored.

10 vegetables to plant in summer with David Domoney

The summer season is a busy one in the garden, and keeping blooms bursting with life and staying on top of cropping...

Growing at home with David Domoney

Whether inside or out, if you’re giving growing at home a go, I’ve got the very best practices for plentiful plants...

At this time of year, mulled wine is a festive warming drink that gets a lot of attention, but we think mulled cider...