Buddleia davidii is one of the most widely grown shrubs in UK gardens. Its common name, the ‘Butterfly Bush’, refers to the insects that it attracts in profusion right through summer to autumn.

Left unpruned Buddleia will quickly develop into a large shrub (3m/10ft) and can take over a smaller garden. One of the reasons I prune mine regularly is to avoid the shrub becoming straggly. Left to grow naturally it’ll produce lots of fragrant purple flowers but these will be smaller than if pruned back hard annually.

This type of Buddleia flowers on shoots that are produced in the current year so pruning in February or March will not stop them producing flowers the following Summer.

Examples of other plants that flower on the current year’s growth, and can be pruned in a similar way, are Passiflora, Fuchsia and Ceanothus. 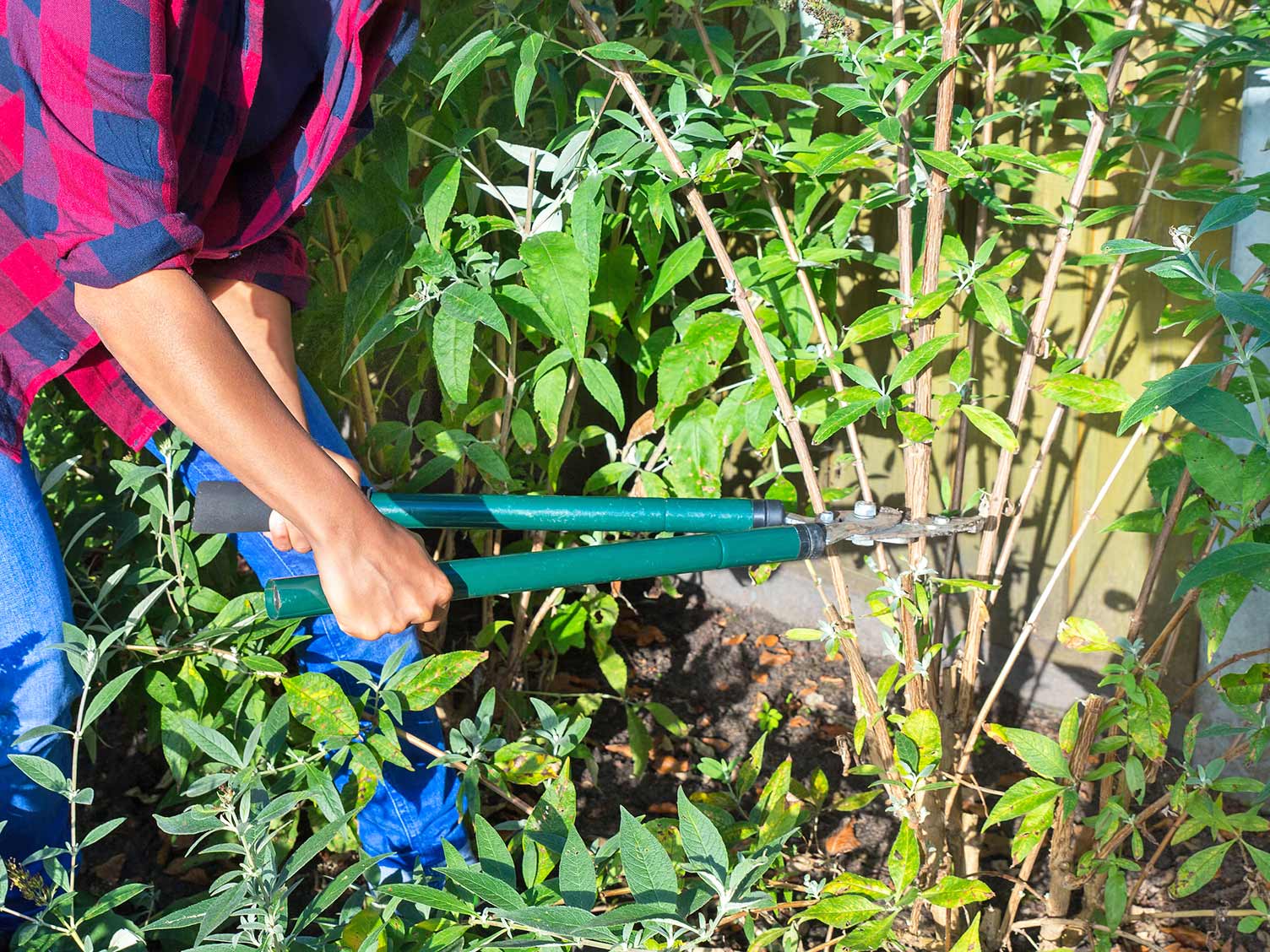 Using a sharp pair of secateurs cut back all lasts year’s growth to 2 or 3 healthy shoots from their base. It’s important to avoid cutting back into older wood as new shoots may not regrow. I know this sort of pruning may seem a bit severe but Buddleia grow like the clappers and you’ll quickly see lots of new growth as we start spring.

After hard pruning any plant it’s well worth giving it some TLC with a good layer of mulch and a slow release feed. My plants always get a 5cm layer of farmyard manure and a sprinkle of a balanced granular plant food.

Watering your garden with David Domoney

The dry spells of summer beckon us into the garden to make the most of the glorious weather, but just like we need a...