Cabbages are an important vegetable to grow at home, especially for winter and spring when few other fresh greens are available. By choosing different varieties you can be cutting cabbages all year round. Lightly steamed they are delicious and can even be eaten raw in coleslaw and salads.

How to grow cabbages

Cabbages prefer to be grown in an open, sunny position, but they will also crop well in a semi-shaded position. They need a fertile, deep soil, that is preferably alkaline, with lots of added bulky organic matter. If your soil is acidic, add garden lime before sowing or planting out. Savoys are a type of winter cabbage.

Although the majority of cabbages are green, there are also red/purple varieties, such as Kalibos, Red Drumhead and Ruby perfection. They also come in shapes other than round – pointed and open and flat.

Cabbages are divided into when they are ready for cropping. The following are all good varieties: 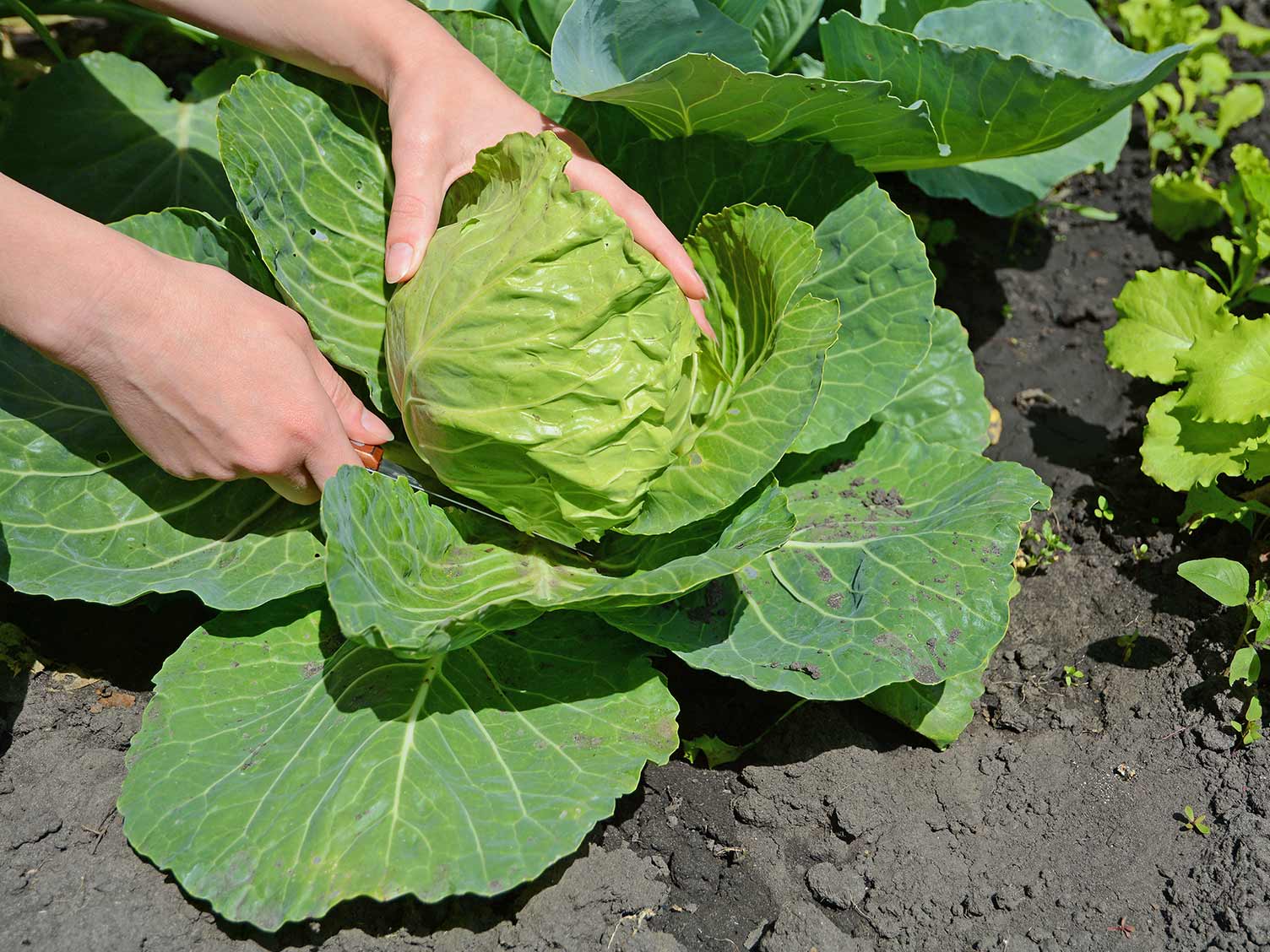 For best results, sow seeds very thinly in a separate seed bed in a shallow drill about 13mm (½in) deep. Cover with soil and water in well. Actual sowing times depend on which types you are growing:

How to care for cabbages

When the young plants have 5 or 6 leaves, carefully lift and transplant them to their final growing position. Improve the soil first with a general granular plant feed. Firm the soil around each plant afterwards and water in well.

Water plants well in dry weather and cover the soil with a mulch to conserve soil moisture. Occasional feeds with a liquid feed through summer will improve the crop.

Cabbages are harvested by cutting through the stem with a sharp knife just above ground level once they’ve developed a good sized head as and when they’re needed.

For an extra bonus crop of spring and summer cabbages, don’t dig up the roots after harvesting, but cut a 13mm (½in) deep cross in the stump. Feed with a liquid plant food and you’ll be rewarded with several small cabbages in about 5 weeks.

Which fruit and vegetables can I grow in the shade?

Unless you live in the desert there’s quite a high chance that your garden, patio or even allotment has some shade. It...