Potatoes are extremely versatile and are a staple of many meals. Whether you want boiled, mash, roasties, chips or baked potatoes, there are lots of great multi-use varieties suited for each use. And, of course, the best flavour of all comes from the first lifting of your very own new potatoes - just add butter and a dash of pepper!

You can also select varieties for taste and texture – waxy potatoes, for instance are best for boiling. If you grow a couple of different varieties, you can be lifting potatoes for several months, and potatoes can be stored over winter after harvesting.

Potatoes prefer an open, sunny site in almost any soil, although they crop much better if the soil is enriched with lots of organic matter with some added general plant food. If you don’t have the space in the garden, try containers, potato barrels or potato sacks on a balcony, patio or path. 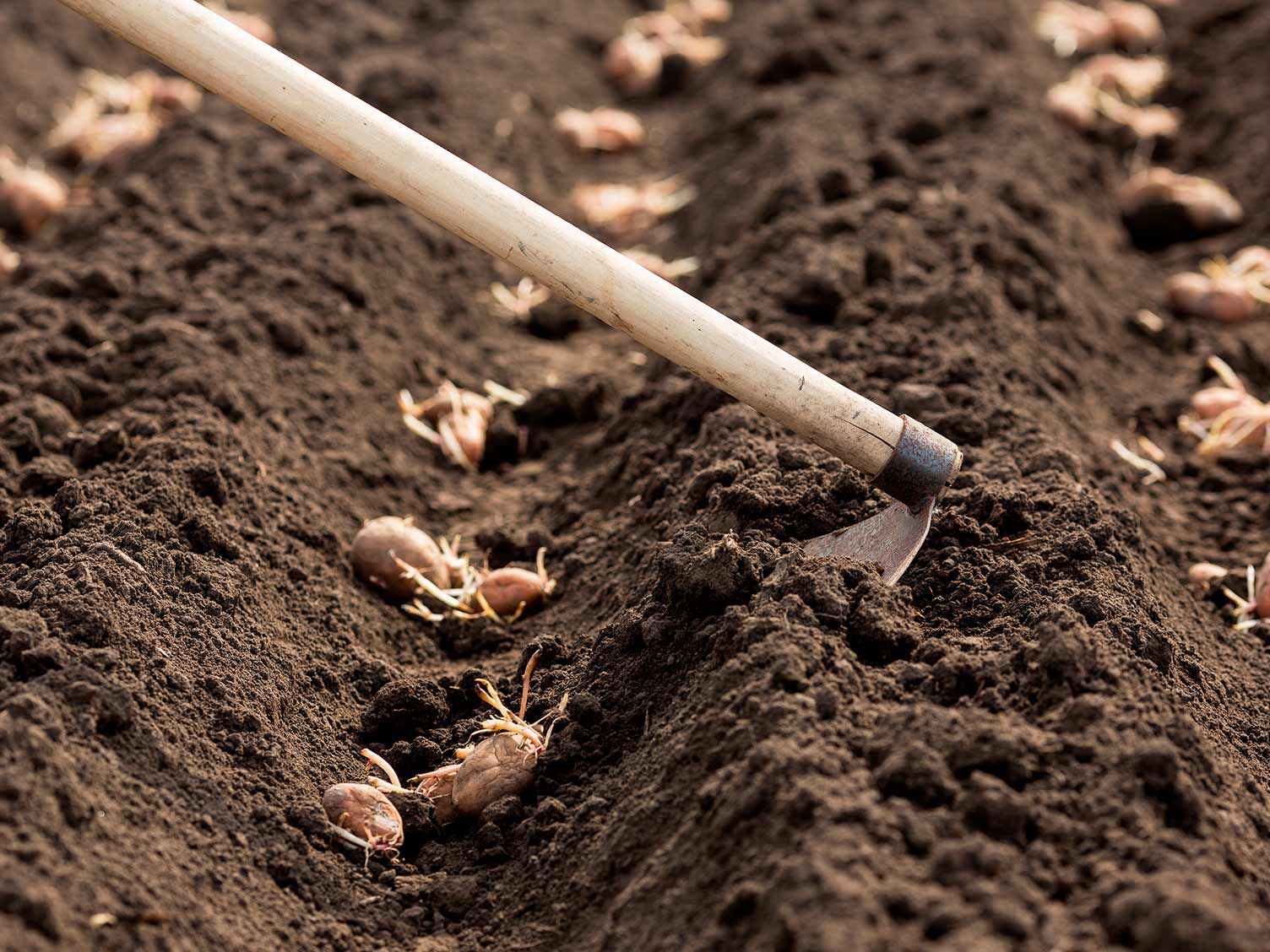 When planting in the ground, dig shallow trenches and plant the potatoes at equal spaces, at least 20cm apart. Cover the potatoes and lightly water in.

You can also grow potatoes in large containers - or even old compost bags – as the new stems start to appear, keep adding compost until the container is full.

There are 3 main types of potatoes: first early, second early and maincrop – which depends on when they are planted and harvested. Salad potatoes can be either early or maincrop, and they boil very well and taste particularly good when served cold.

The earlies are planted and harvested first and are the ‘new’ potatoes, but can be stored if needed. Maincrop are the storing potatoes and can be kept for several months over winter.

Earlies are the best choice for small plots, as they are planted more closely together and are dug up by the middle of summer, freeing ground that can be used for other crops.

And although most potatoes are white or creamy-white, red potatoes are also very popular – but you can also get purple and even blue potatoes!

Seed potatoes are normally available to buy in the first few months of the year, well before they can be planted outside. To improve yield, ‘chit’ the seed potatoes before planting.

First earlies should be planted around late March, second earlies early to mid-April, and maincrop mid- to late April.

How to care for potatoes

The new shoots of potatoes are susceptible to cold weather and frost. So, if either are forecast, cover them over with a little soil or horticultural fleece.

Keep the plants well watered in dry weather; the vital time is when the tubers start to form. Applying a liquid general feed every fortnight can help increase yields.

First earlies should be ready to lift in June and July, second earlies in July and August and maincrops from late August through October.

Carefully dig up the plants with a garden fork, so as not to damage the tubers.

Reject any potatoes that are green - they are poisonous.

Potatoes may be susceptible to the following pests, diseases and problems:

Potatoes form the basis of so many fantastic dishes and meals. Whether roasted, mashed or cut into thick, thin, or...

How to grow sweet potatoes

There is so much to love about the sweet potato. Thought to have originally come from Central or South America, the...

Where to plant fruit and vegetables in the garden

Fresh fruit and vegetables picked straight from the garden have a flavour second to none. Every small garden or patio...